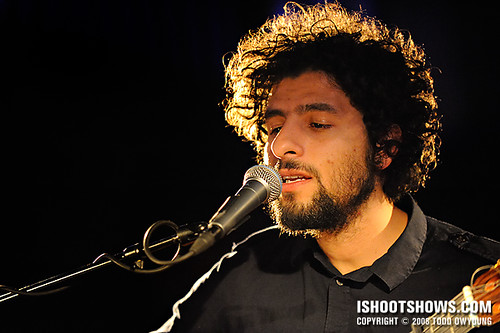 As the quiet Swede sits down and begins pluck the first, slow notes, a reverential silence settles over the crowd, and the chapel venue seems entirely perfect.

Over the course of 80-minutes, armed with little more than a guitar and his old soul, singer-songwriter José González delivered an aching acoustic performance at Washington University's Graham Chapel.

The dimly lit, high-raftered venue could not have have been more fitting for the soft-spoken singer as he wove his calmly insistent music. Framed in stained glass and flanked by the chapel's pipe organs, González played songs from his critically acclaimed debut Veneer (2003) as well as his sophomore release, In Our Nature (2007). 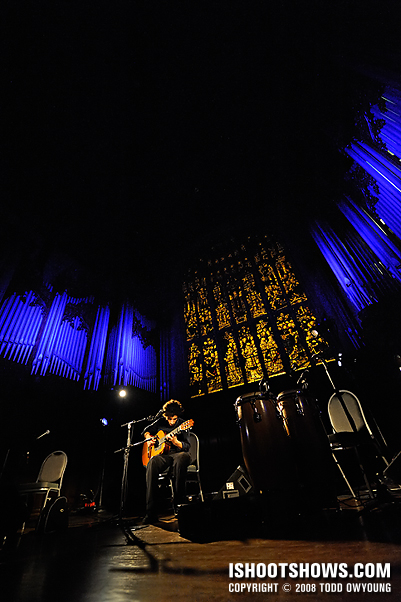 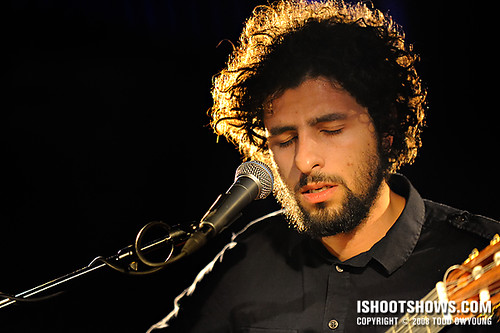 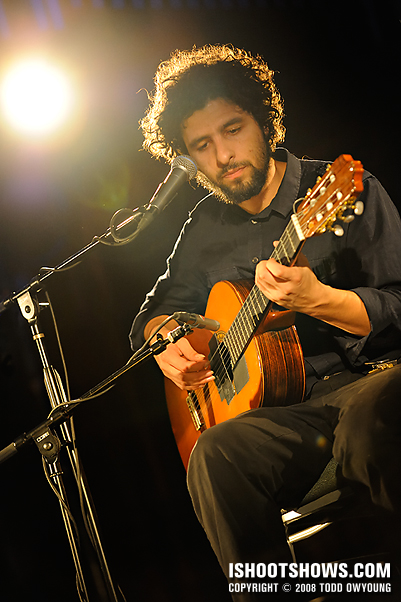 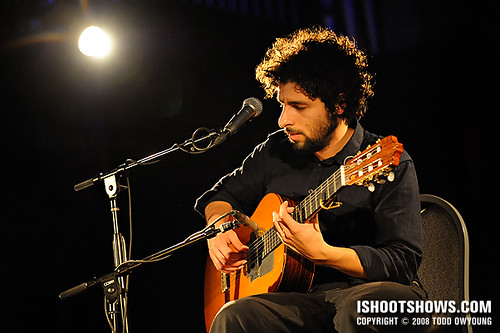 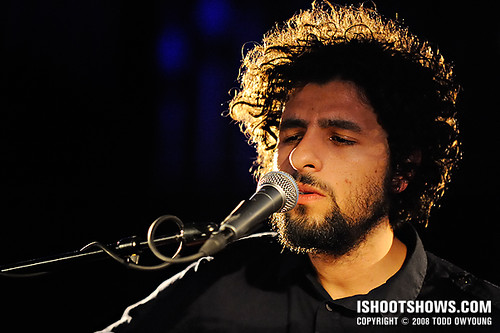 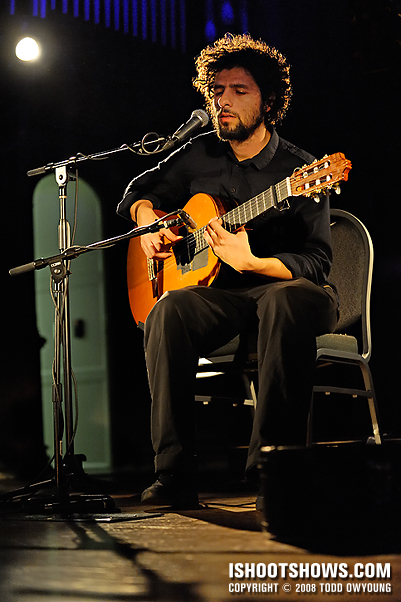 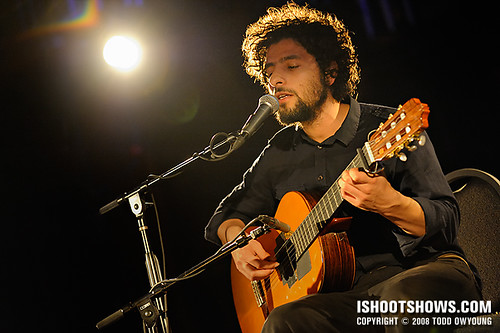 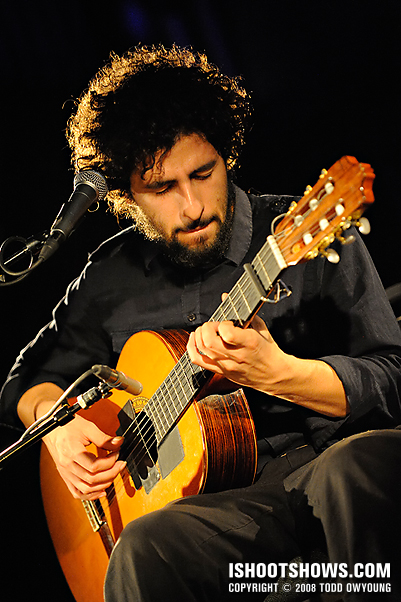 Every time I pressed the shutter release on the D3, a small pang of guilt shot through my brain.

Compounding the fact that I'm in a place of worship, it's dead quiet in the chapel aside from the achingly simple music José González is making on stage.

I shot at the front of the low stage, crouching down and trying to shoot as sparingly as possible. I took off my hard-soled dress shoes while shooting to minimize any noise I might make and limited my movements as much as possible.

González's mic stand cut across from his right, so I chose a position to his left between the chapel stage's center stairs and the speaker stack house right.

The lighting setup for this shoot was very simple, comprised of four lights in the corners of the stage, which stayed at the same intensity throughout the set and put out a very warm white light. These four lights were all aimed at the center of the stage, where José González sat.

In addition, there was a small light positioned on the stage about three meters in front of González. The fixture's small barndoors blocked light to the singer's eyes, so there was roughly a 2-stop difference in the exposure between his face and his hands.

The only change in lighting was the use of the chapel's down lighting, which provided a very bit of fill at the very end of the shoot. Had these house lights been up the whole time, exposure for the singer would have been a much easier affair.

I talked to one of the techs before the show, expressing interest in the lighting that I'd seen used on the rest of the tour. He told me that they wanted to use other lights, but that the small chapel didn't have enough juice to power them.

Due to the very constant lighting, I was able to lock down to one basic exposure: 1/160 and f/2.8 at ISO 6400. This was a compromise between slightly underexposing the face and wildly blowing anything south of the neck.

The range of the 70-200mm was quite good for my shooting position, though I can see how the added 1.5x multiplier effect of APS would have been convenient for even tighter shots. Still, 200mm was quite nice for headshots.

Go see this man. I've seen some great, great stuff shot on this tour, so if you get the super-ambiance lighting, sweet, but the live show is worth seeing regardless.