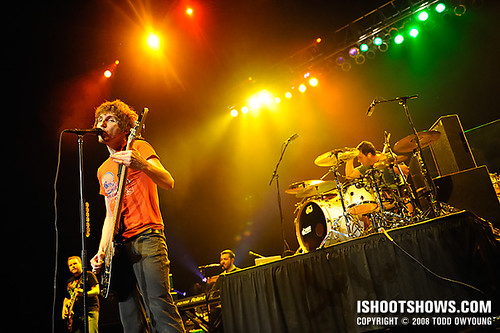 In a bittersweet performance opening the new Chaifetz Arena, The Starting Line played a one of their last performances before taking an indefinite break.

Led by Kenny Vasoli on vox and bass, the Pennsylvania-based four-piece ripped through a tight 45-minute set of driving, punk-tinged rock.

Despite being one of the band's last performances, the band seemed in high spirits and delivered a high-energy show that gave nothing away of the break.

The Starting Line's performance at Bamboozle in East Rutherford, marked the band's last performance. Band members will pursue other projects, including Person L and the 76. 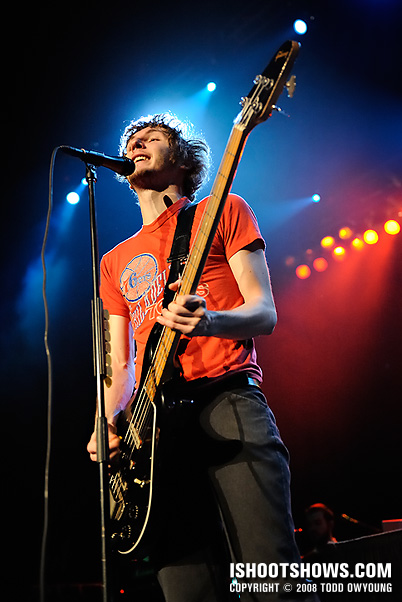 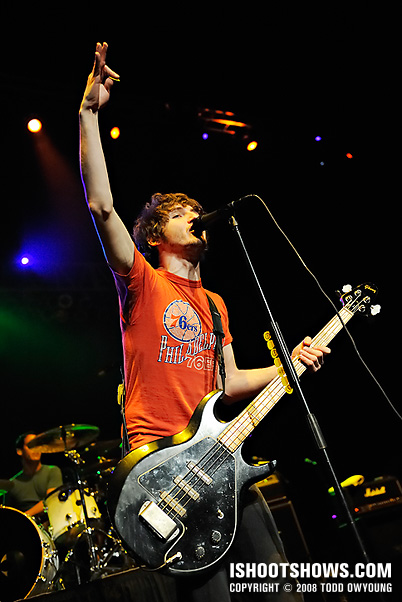 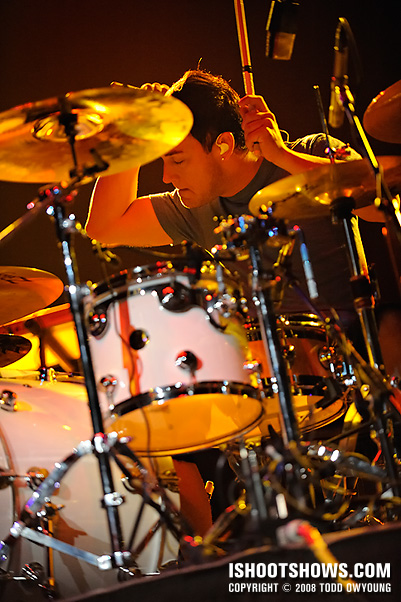 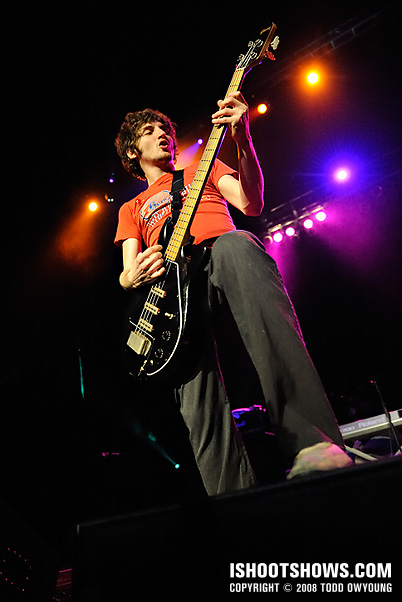 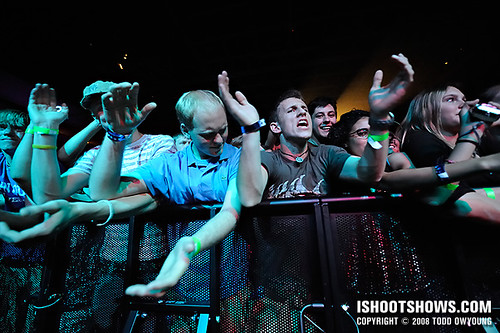 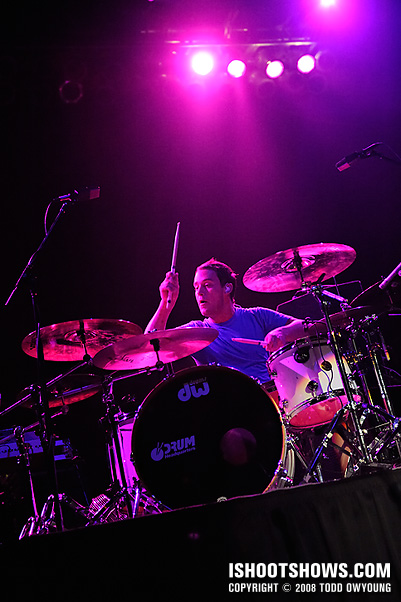 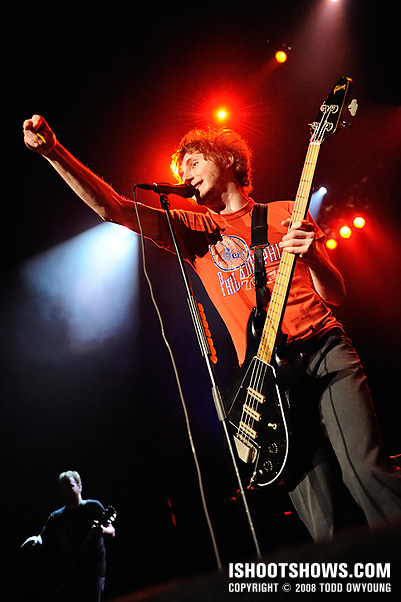 This set was really pretty straight forward. First three, no flash. Due to the lighting situation, Kenny Vasoli was really the only prime subject for this set. The singer and bassist for the group was lit with a warm mix of light from the front throughout the set without much deviation during the alloted shooting time.

As such, I focused on Vasoli, picking up drummer Tom Gryskiewicz in a few shots, as he was a distant second for lighting on the large stage.

This set was lit with very simple schemes. Singer Kenny Vasoli got the lion's share of the light, while the rest of the band was mostly subject to much weaker color washes and whatever was being blasted from the back. Overall, lots of mixed color lighting from behind, with reds dominating.

Due to the very constant lighting on Vasoli, I shot at a very consistent exposure for this set. 1/320 and f/2.8 at ISO 4000 did the trick for the majority of these shots.

I shot this set with the Nikon D3 and Nikon 24-70mm f/2.8 for the first three, switching once to the Nikon 70-200mm f/2.8. Due to the relatively low four-foot height of the stage and close proximity of Vasoli, the more modest midrange zoom did the trick for this set.

Check out the Starting Line's cover of Big Time Sensuality by Björk for a chugging, three-chord spin on the pop-house classic.