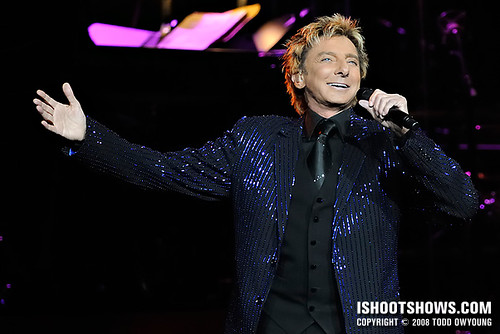 There are showgirls on stage shaking their feathers, Barry just did his third wardrobe change, and his smile has got more flash than his sequined attire. We're not in Vegas; Barry Manilow is on tour.

Singer-songwriter and pop icon Barry Manilow opened the Chaifetz Arena in its inaugural concert. Taking the stage in a blue-sequined suit, the legendary song-maker delivered a hit-filled performance at the new venue, complete with the perfect finale.

In the touring version of the Las Vegas Hilton show “Music and Passion,” Barry Manilow saved one sure-fire crowd-pleaser until the end. Complete with dancing showgirls, a fresh suit, and undeniable showmanship, Manilow performed his disco smash “Copacabana,” living up to his promise of bring a piece of the Entertainment Capital of the World to his fans. 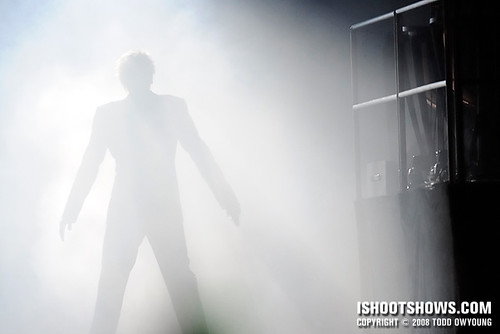 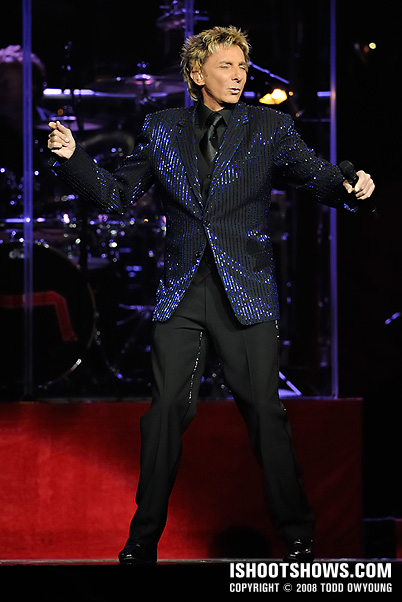 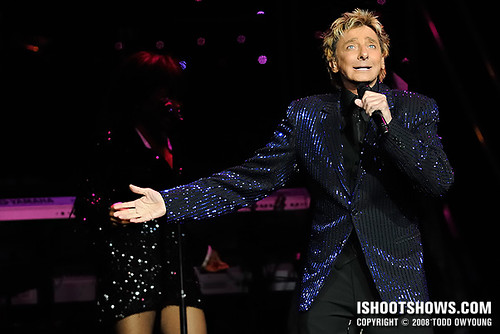 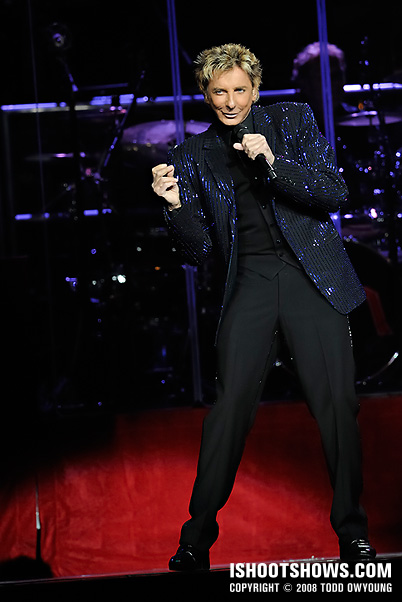 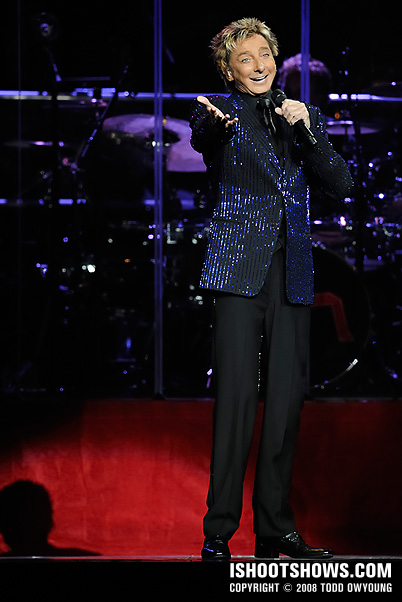 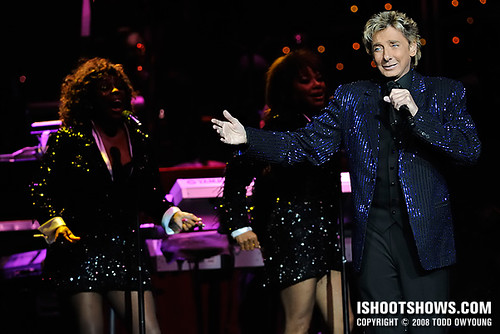 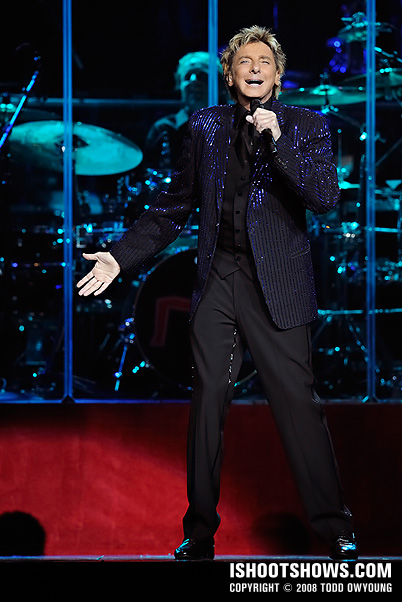 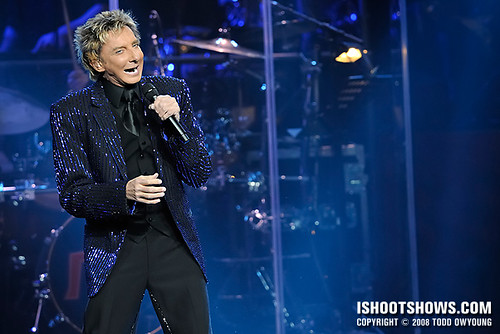 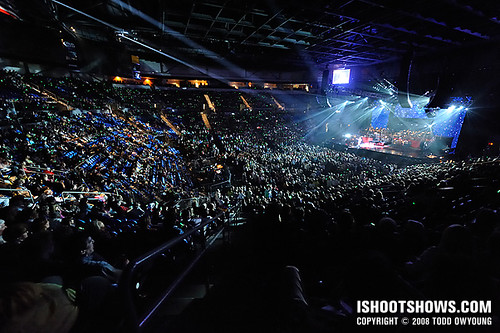 This was my first gig at the new Chaifetz Arena, and the start of my position as the venue's house photographer. While the shoot wasn't in the pit, it was still a great experience stepping into the arena with such a big production going on.

There were two other photographers shooting this gig, one for the label and one from a daily paper. There were also three videographers from local stations.

The shooting restrictions for this show were the first three songs from the soundboard.

The lighting setup for this set was generally very simple during the first three songs. Blue and purple washes behind the singer introduced a little color, but Barry himself was lit almost exclusively with white light from two spotlights high up on the opposite end of the arena.

Thanks to the twin spotlights tracking Barry's movements, exposure for this set was a snap. I was able to shoot at ISO 2500 at f/5 and 1/640 under the ample light.

As expected, all photography and videography was restricted to the soundboard at the back of the floor. In preparation for this shoot, I rented a Nikon 300mm f/2.8 and used the Nikon 1.7x teleconverter to bring me closer to the action. For full-length shots, this setup worked beautifully.

Due to the weight of the setup, I used a carbon fiber monopod during this shoot. Thanks to the collar on the lens, I was easily able to switch between vertical and horizontal framing, all while using the monopod for stability and support.

For me, this show was an interesting change from the usual setup, particularly since it meant shooting with a super telephoto from the soundboard. Quite different from the usual show at the Pageant. Due to the limited options for framing, I tried to concentrate on gesture and expression for this gig.

A big thanks, shout out, and congratulations to the fine folks at the Chaifetz Arena for a very successful first concert. The first of many, I would hope.