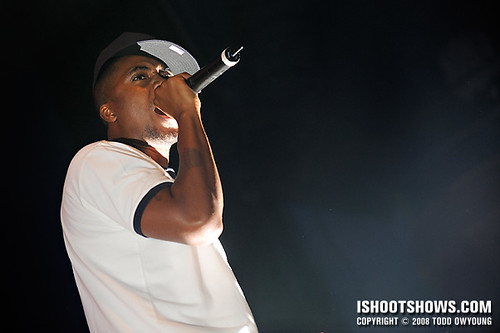 Backed by DJ Green Lantern on the decks, hip hop luminary Nas took the stage in a fiery performance that had the house shaking with tracks from 1994's Illmatic to 2008's Untitled and everything in between. 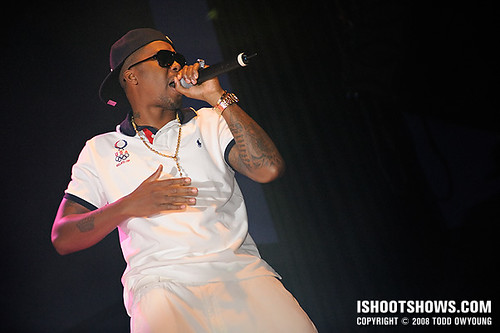 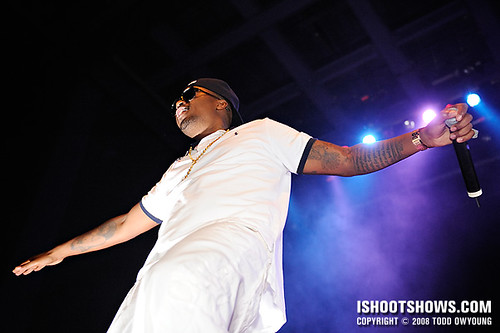 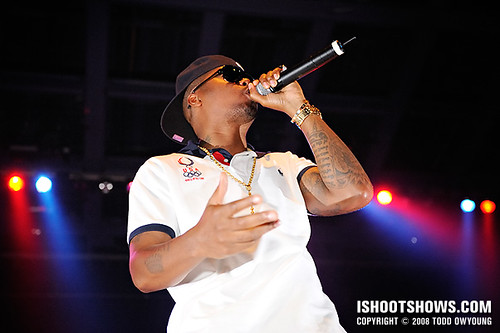 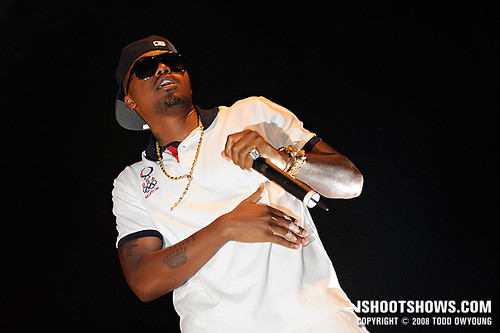 Compared to the set for Talib Kweli, Nas's set flew by. Just as for the opening set, I used a trio of Nikon speedlights for the performance, with the SB-900 on-camera and two SB-600s positioned on the stage as remote flashes.

While flash is normally restricted at many concerts, I brought the speedlight setup on a hunch and was glad I did. Without the aid of flash, this set would have been a struggle with the house lighting, which remained a dim glow over the stage for the majority of the set.

Combined with the fast movements of Nas on stage, and it was a no-brainer to fire up the flashes for this one. The SB-900 was on-camera as the commander, with two SB-600s on the stage.

Due to his mic technique, I found myself shooting Nas from house left for most of the first three songs for shots with the least mic-blockage possible.