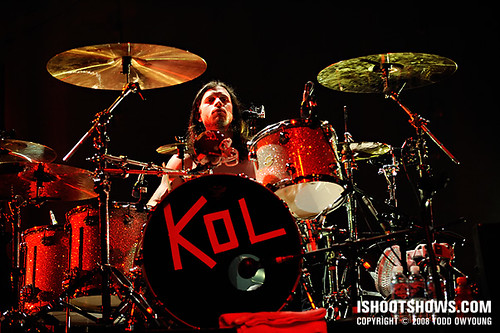 November 3, 2008 – Bathed in dramatic lighting, the Kings of Leon delivered a thumping dose of Southern Rock to the sold-out house of the Pageant. 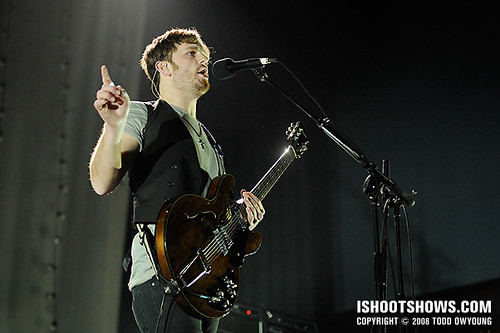 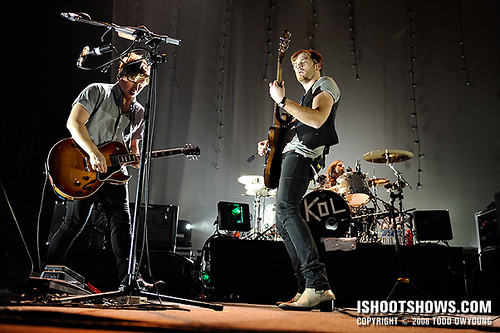 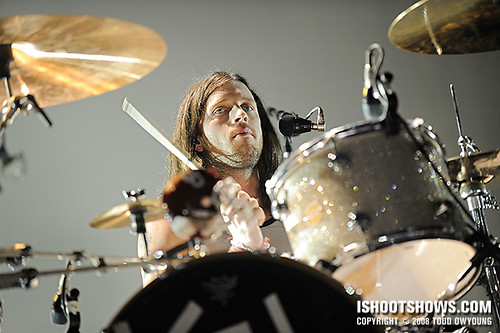 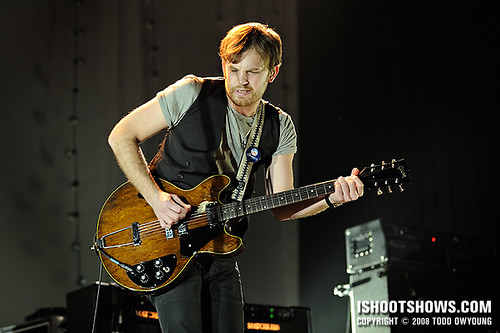 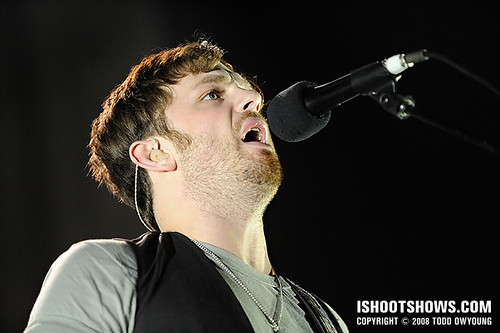 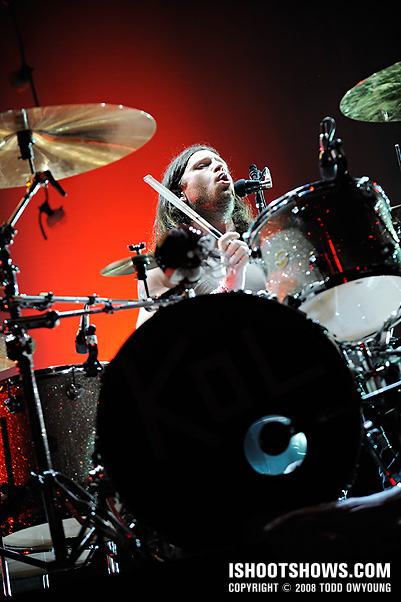 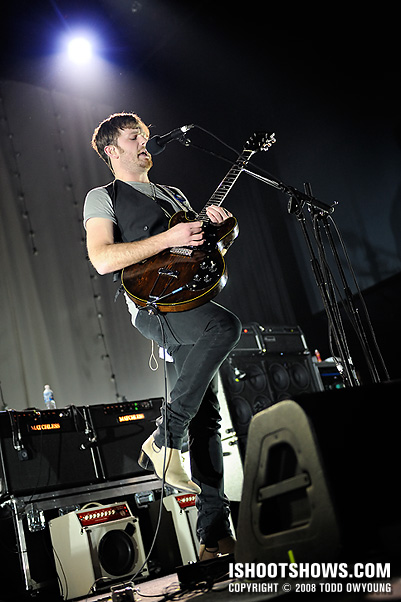 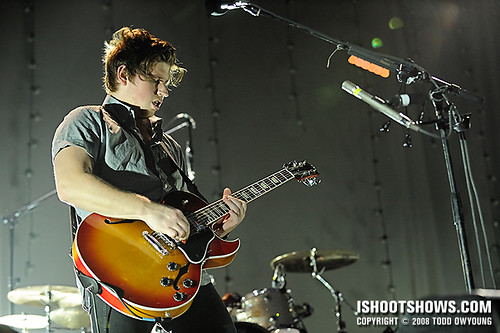 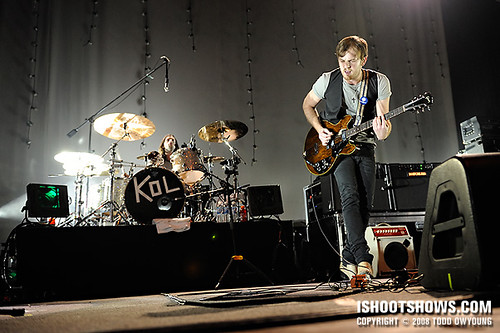 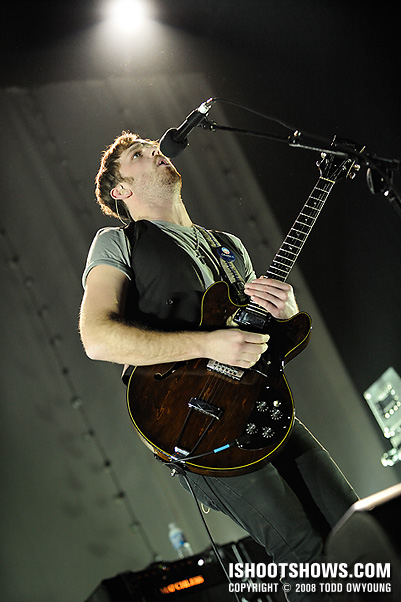 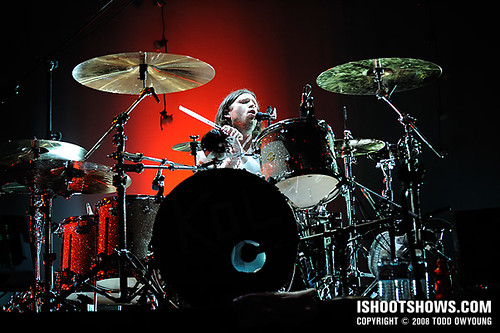 The first song of the Kings of Leon's set started off with a deep blue wash. It was one of those instances where I held back, thinking that it would change once the vocals hit. 30 seconds went by, then 60. Still blue.

As it happened, the lighting scheme remained locked in with the mono-color wash until the second song, which flashed to white light from the sides of the stage and the back. Out of the allotted three songs, the second was easily the most photo-friendly, and the vast majority of images in this set where made at that time.

The third song was entirely a deep red wash, with the exception of brief flashes of white on drummer Nathan Followill, which created some nice, albeit short, photo ops.

In addition to the challenge of the lighting, there was a somewhat unusual photo restriction in place for the Kings of Leon's performance.

Two stripes of white tape marked off the outer quarters of the stage. As I stepped into the photo pit, security informed me that I was able to move along the length of the pit, but that I was not allowed to stop in the middle section as demarcated by the white stripes. Effectively, photo was limited to the outer edges of the stage.

The band's monitors were set back about a meter from the edge of the stage, making singer Caleb Followill sufficiently distant that I used the Nikon 70-200mm for about 90% of the the allowed time. I made just a few shots with the 24-70mm for wider angles.

Despite the physical restrictions of the set and the limited options for “usable” lighting, it's hard to argue too much with one full song of white light, however sporadic.