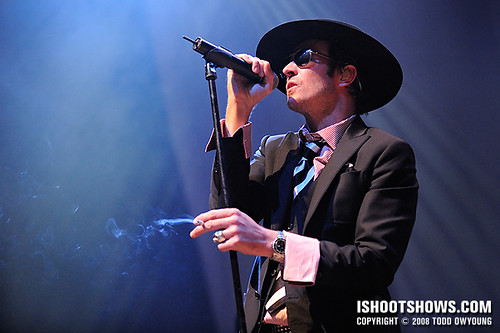 Performing material from his solo album “Happy” in Galoshes, Weiland was backed by a full band, including his long-time musical partner Doug Grean on lead guitar. 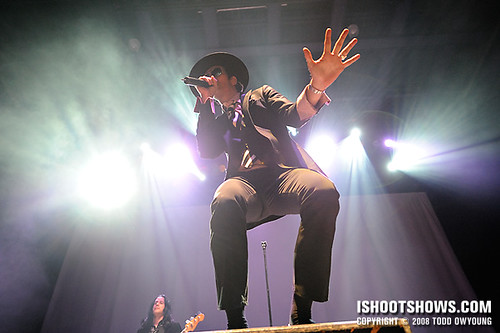 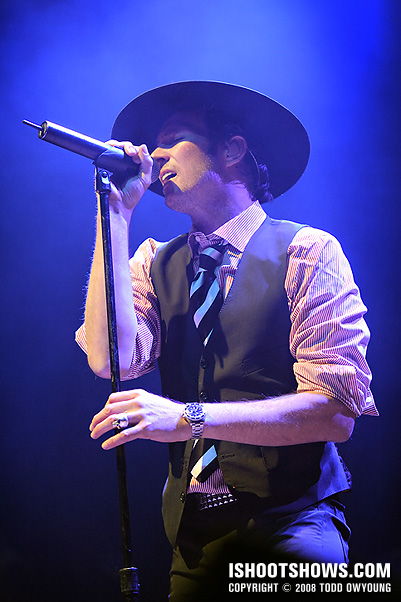 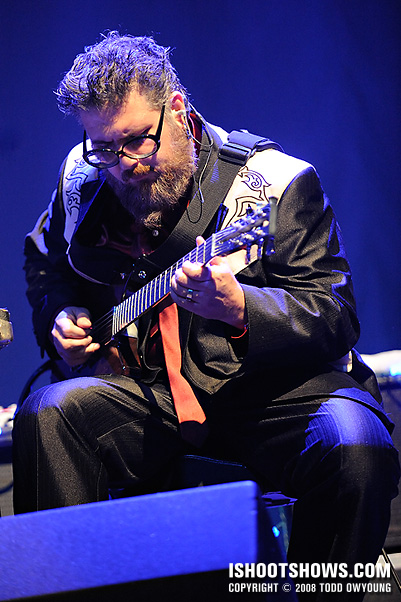 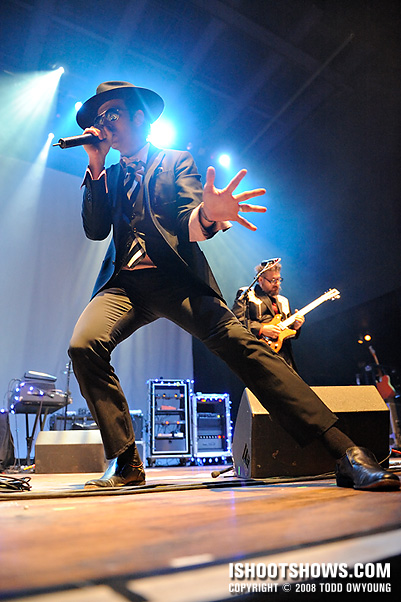 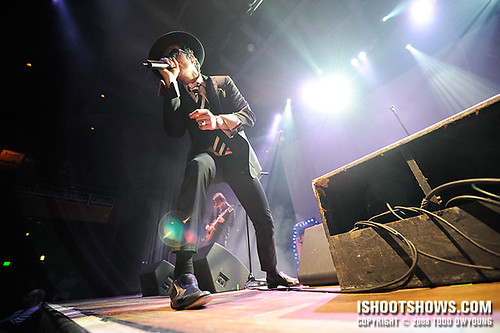 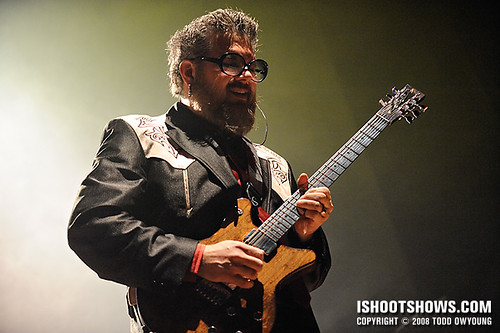 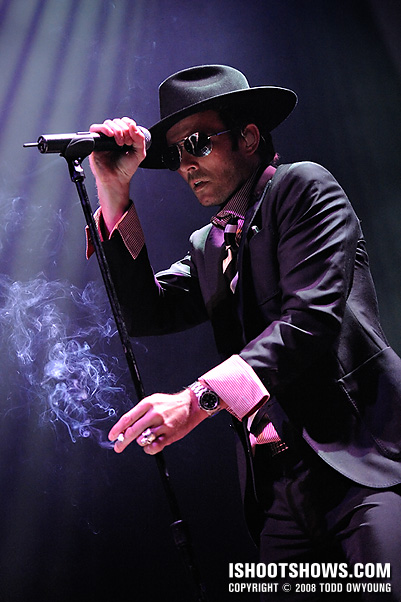 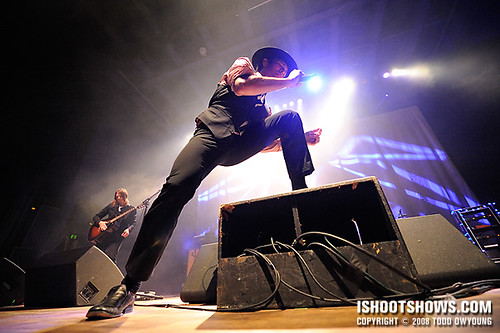 Compared to the last time I'd photographed Scott Weiland when he was fronting the recently reunited Stone Temple Pilots, this concert was a decidedly different experience.

Instead of a 20,000-capacity amphitheater, Weiland performed in a club venue 1/10 the size, with a proporiately reduced stage treatment. Gone were the multiple spotlights, programmable LED Pars, and massive LED screen of the STP tour; in their place, the house lights of the Pageant provided all of the events lighting.

Still, for all the stripped back effects, Weiland still proved to be magnetic subject on stage. My only regret for this show was that the lighting for the event was such a poor match for Weiland's antics on stage.

While positioned at the mic stand, Weiland was lit from the front with hot frontlighting, which passed over him at the front of the stage. There, the backlights were turned on to relatively heavy effect, emphasizing the smoke at the back of the stage.

For most of the first three songs, Weiland seemed to start out at the mic stand, then move to the front of the stage after a minute or two, circling back to the stand by song's end.

I shot this concert at ISO 3200 and 6400 due to the low light, also using relatively slow shutter speeds as a necessity.