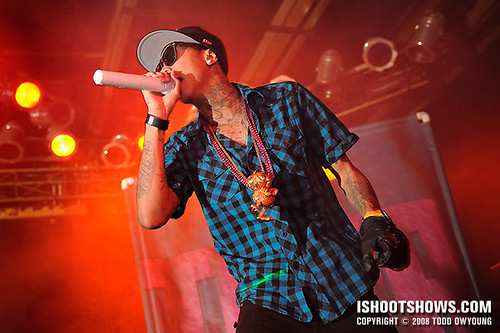 October 17, 2008 – Here's a quick set from Tyga, who opened up for Metro Station with a frenetic set that included his breakout single, “Coconut Juice.” 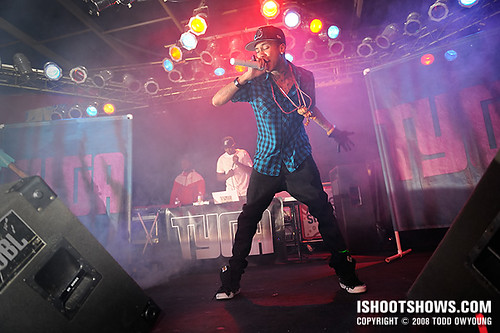 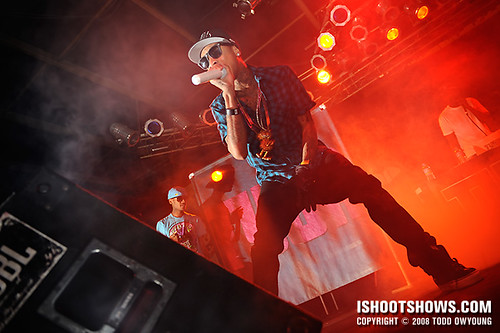 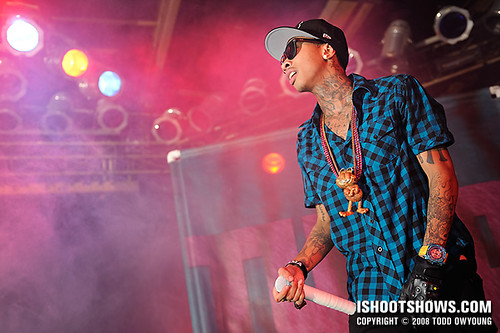 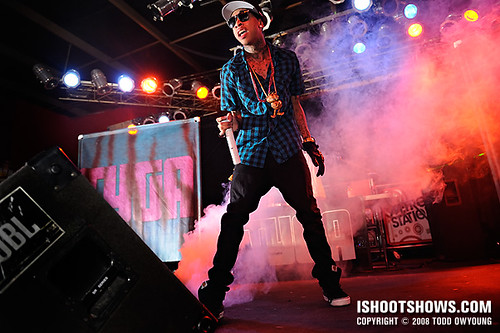 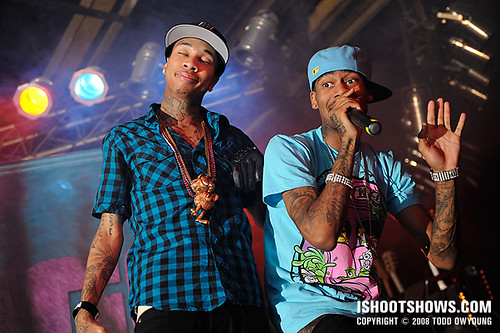 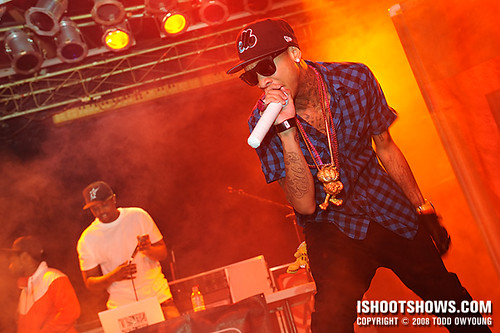 I used two flashes for this show and shot a quick three songs. I used one flash on-camera as the commander, and also providing fill. I placed a remote flash stage right on a stack of speakers, positioned so that the light would cut across the stage for increased definition.

The most interesting aspect of this set was the very heavy use of haze on stage, which was lit up by hot orange light from the back of the stage. Not only did the haze catch the stage lighting, but the flash light as well, making for a “thick” look despite the relatively small stage.

To balance the stage lighting with the flash, I dropped my shutter speed, as I wanted to capture as much of the smoky oranges and other rich colors as possible.

Due to Tyga's grip on the mic with predominately his right hand, I made most of my shots from his left, which gave the clearest view of the rapper.

I generally find hip hop artists among the most difficult to photograph due to their quick movements on stage, and Tyga was no exception, a fact compounded by the close proximity and large speaker monitors at the front of the stage.