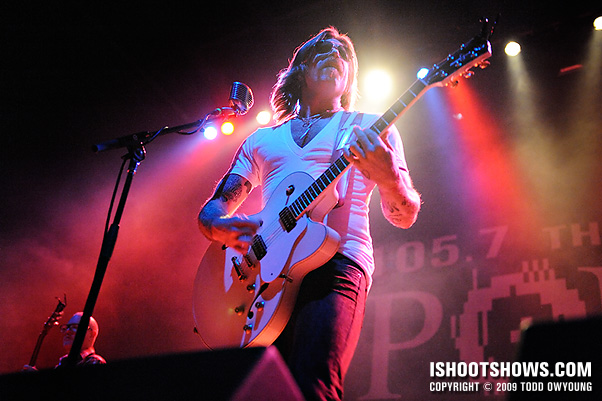 December 17, 2008 – Led by the ever crowd-pleasing Jesse “The Devil” Hughes, the Eagles of Death Metal threw down for a rowdy rock show of sweat, mustaches, and Flying Vs. 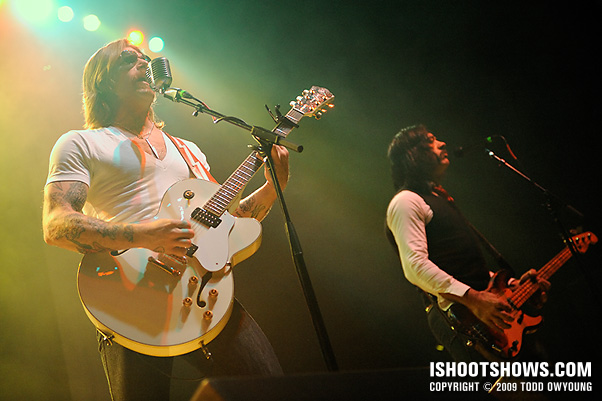 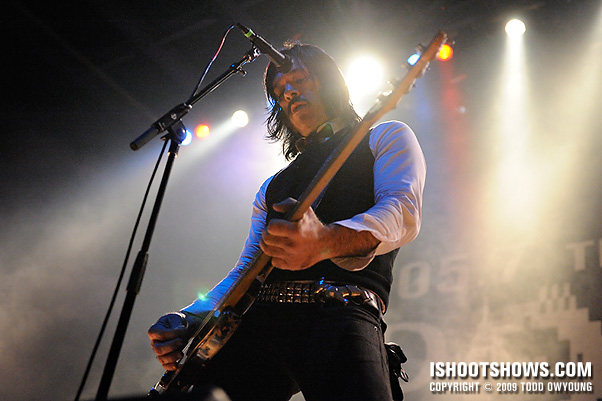 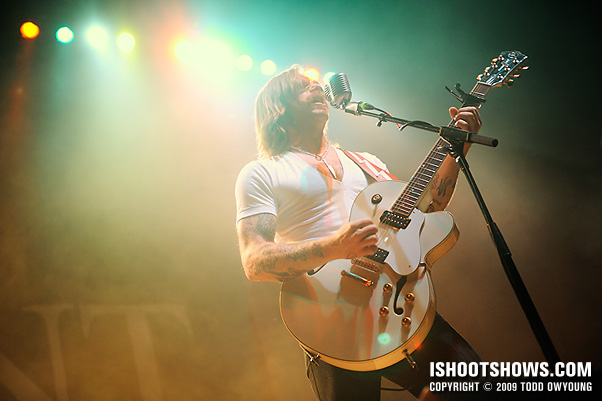 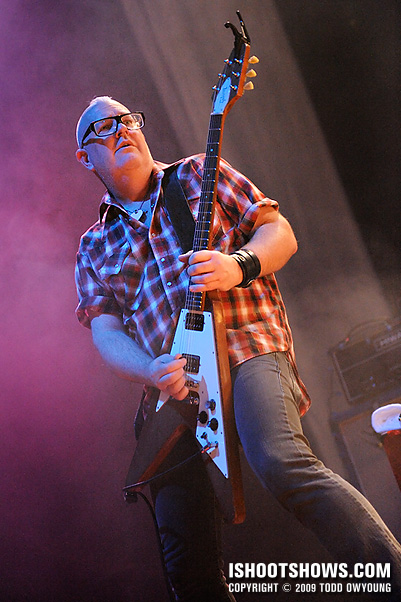 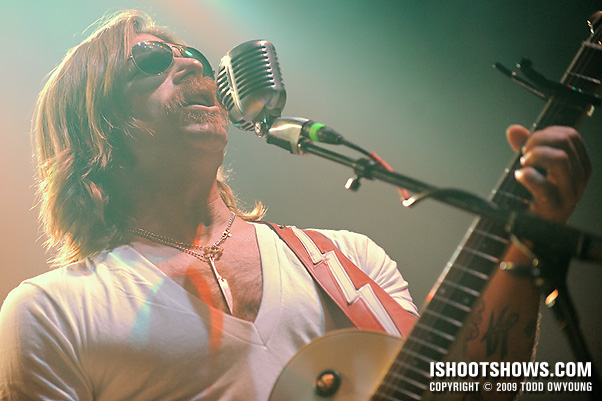 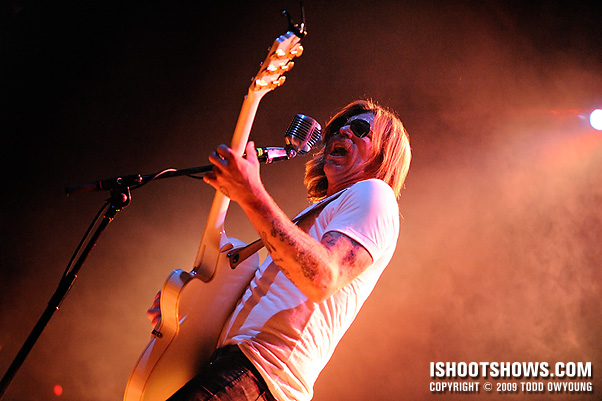 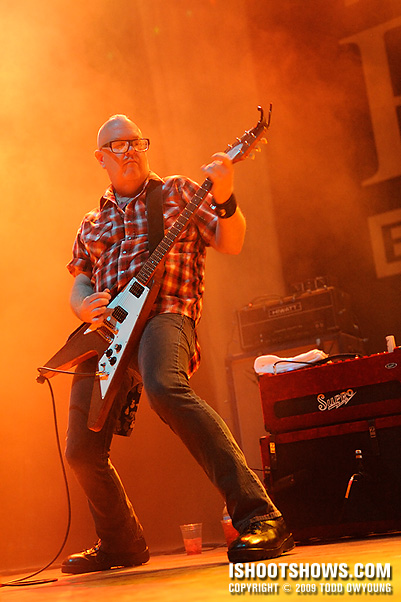 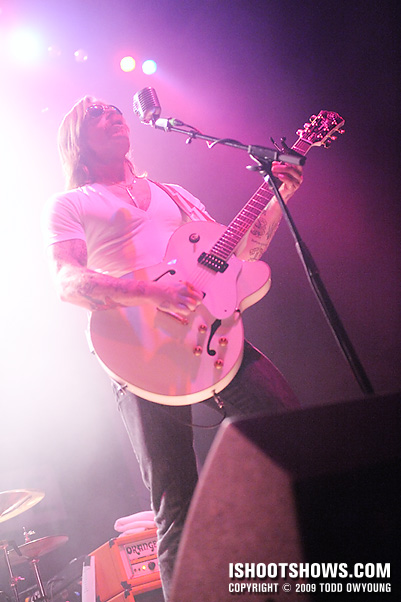 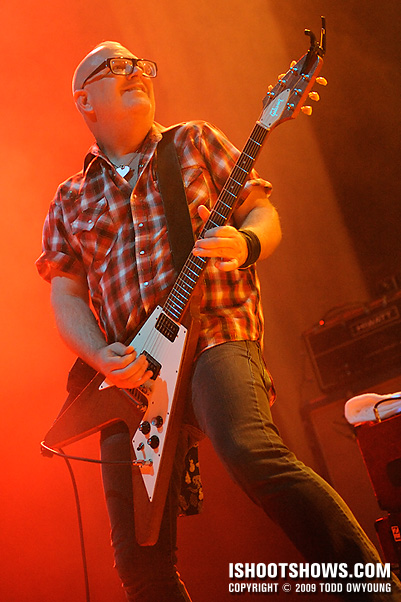 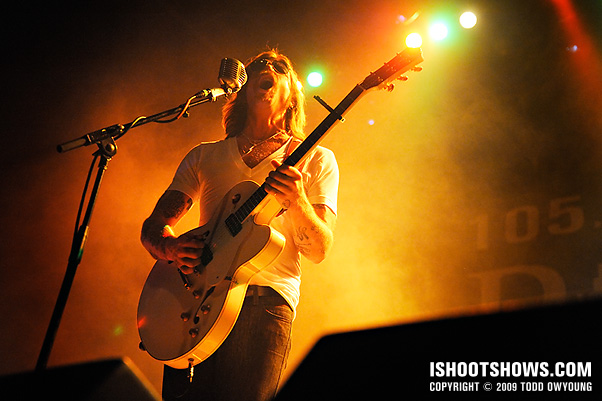 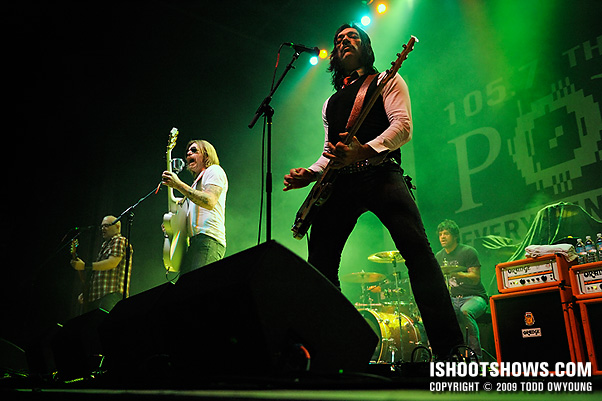 The Eagles of Death Metal always put on a fun show, and this performance was no exception in their opening set for Scott Weiland.

The main shooting considerations for this show were relatively low lights and a large line of speaker monitors as the front of the stage (seen most readily in the last shot above). With a 5-foot stage, the wedges added another foot and a half to shoot over. Not a huge problem, but another element to consider during the shoot nonetheless.

The lighting was what I'd call a heavy treatment, with deep color washes from behind that mixed with plenty of smoke rolling out over the stage for a dim but still lush look.

For many schemes in the first three songs, the sole light on the band came from the back of the stage. Exposing for the performers produced some very dramatic renditions due to the dynamic range of the D3 and D700's sensors, which, while very good, is still limited, especially at high ISO.

As always, Jesse Hughes was a great subject, but was generally at his mic for the first three songs due to his vocal duties. By contrast, Dave Catching had a little more freedom to make use of the Pageant's large stage, playing back near the amp stacks, which made for some nice photo ops. Brian “Big Hands” O'Connor, like Hughes, mostly stayed put, rocked out, and generally made his bass look like Cracker Jack toy in the grip of his man-paws.