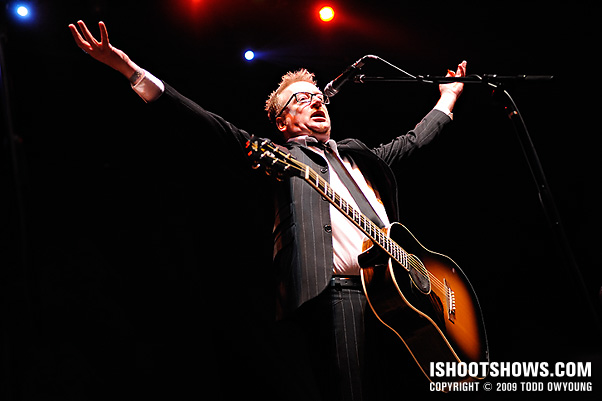 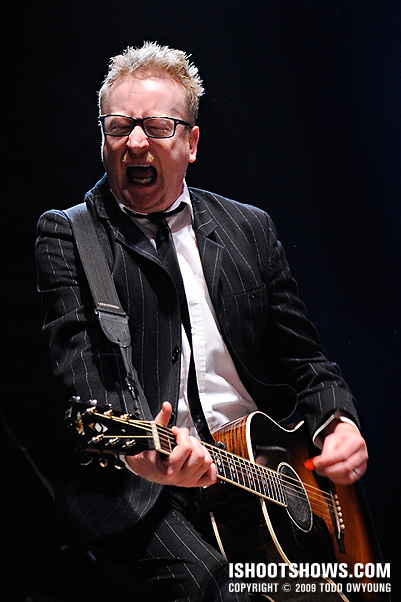 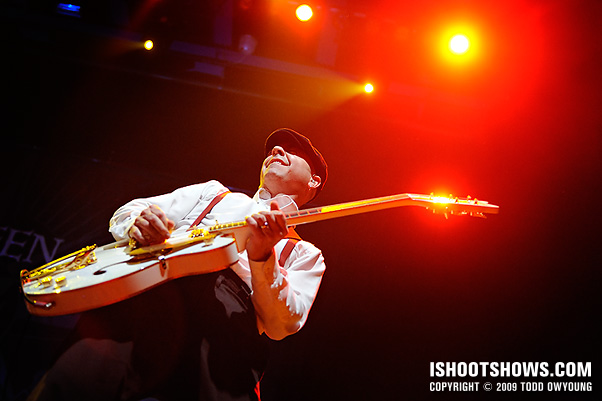 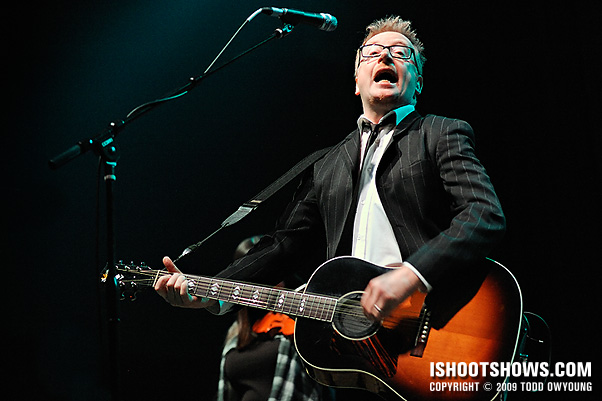 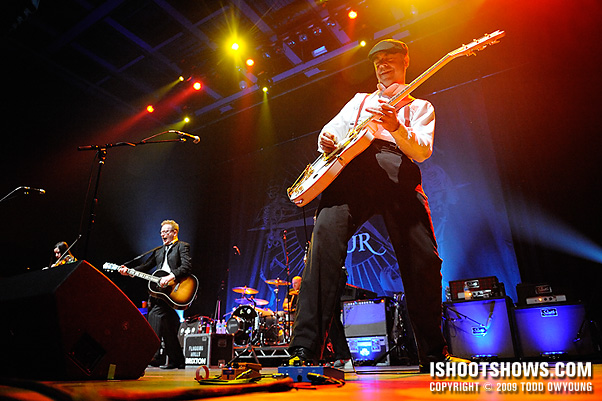 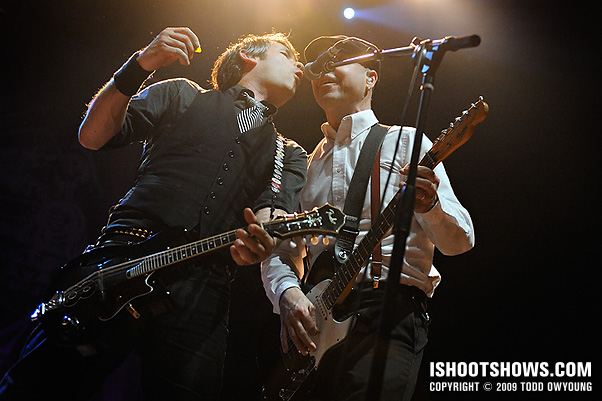 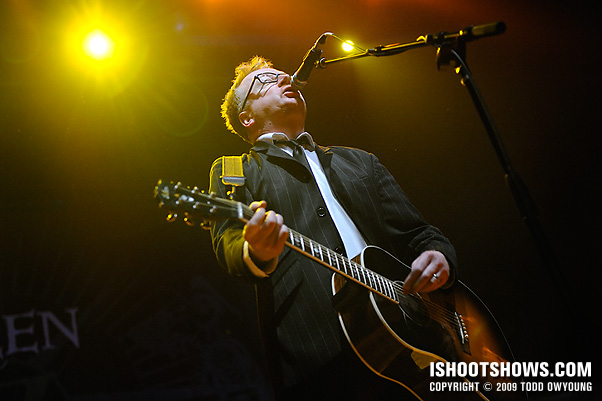 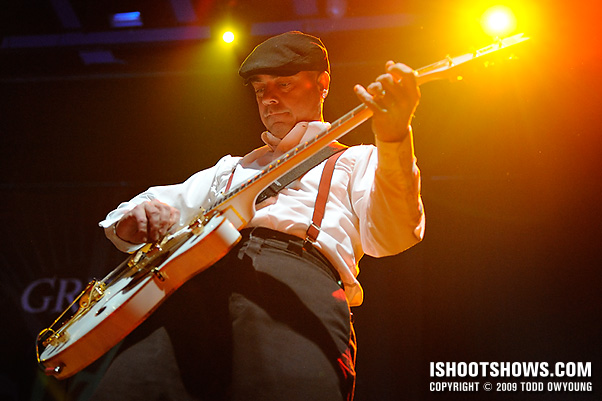 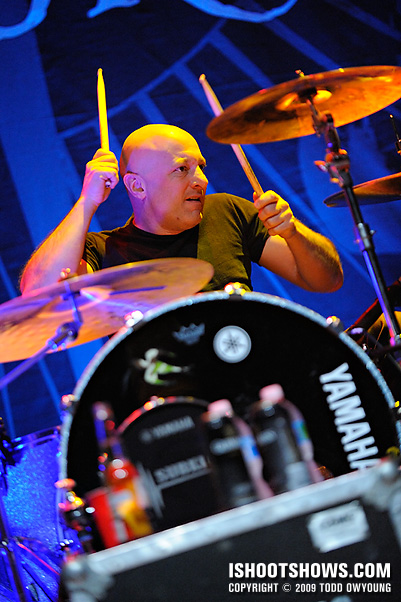 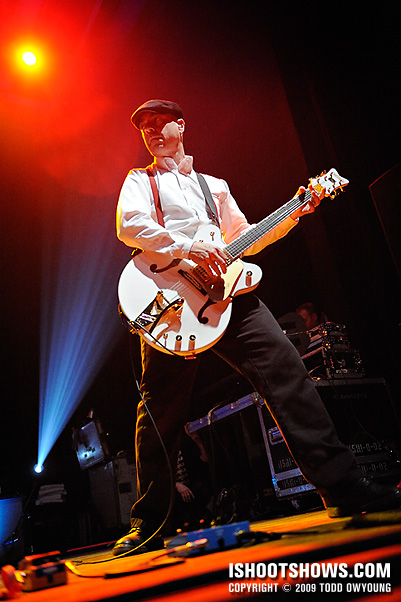 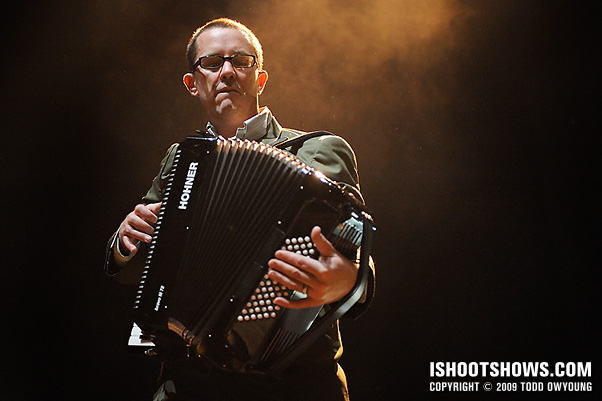 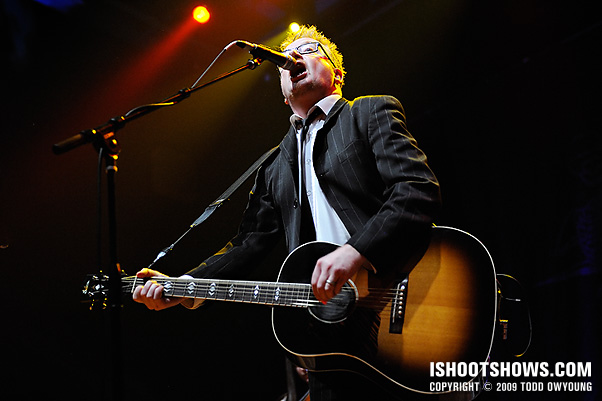 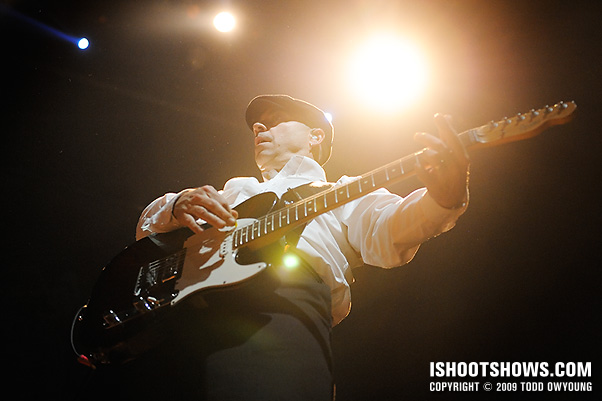 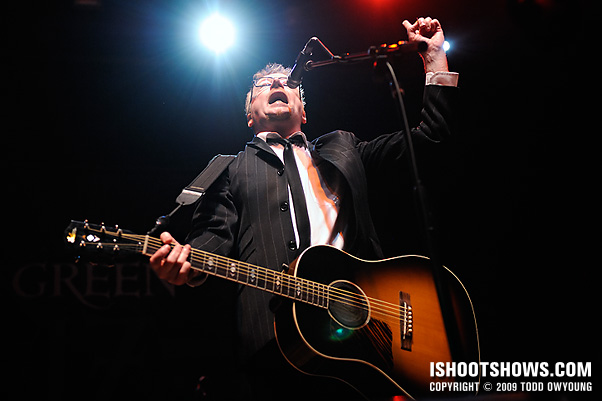 This set marked my first of 2009 at the Pageant, and it was great to catch up with all the staff and employees who I regularly see during the concert season. I dropped into the pit about 20 minutes before Flogging Molly took the stage, plenty of time to check out the layout and get a feel for the setup. Half-joking, my friend Dave told me to watch out for kilt-wearing crowd surfers.

With five members along at the front of the stage, speaker stacks and mic stands lined the edge of the stage at relatively tight intervals. The large wedges automatically made this a waist-up shoot for the most part, the exceptions being when the performers moved back, due to the already 5-foot stage of the Pageant.

Throughout the first three songs, frontman Dave King was ever the energetic subject, hitting plenty of fun, photo-friendly poses. The persistent issue, however, was King's close position to the mic and his heavy vocal duties, which kept him tethered for a good portion of the shoot. During this set, I tried to look for moments when the singer broke away from the mic as much as possible.

Aside from King, guitarist Dennis Casey was also a great subject, as he frequently came to the front of the stage to rock out .

Lighting for this show was better than I expected in several ways, though not without it's quirks. Among these were the use of red/orange washes throughout the second and third songs. On the bright side, there were some effects that included some relatively white light, and there was generally no shortage of interesting background effects.

Big thanks to the folks at Flogging Molly's label for setting up this shoot.