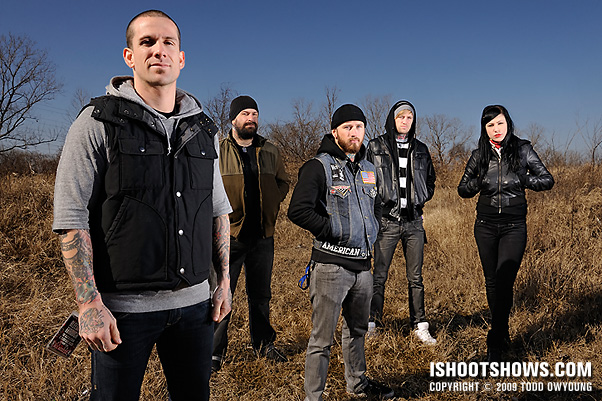 February 22, 2009 – Taking a moment from bringing the crushing, melodic metalcore to their adoring fans, I met up with the OC's own Bleeding Through for a quick portrait shoot.

I'd seen Bleeding Through in 2007 when the band opened up for HIM. While the band's harder sound seemed like a bit of a disconnect to the “love metal” that followed, it was great to see Bleeding through win over the crowd by the end of their set, even whipping the pit up by their finale.

Despite the sunny weather, it was a brisk 33º F outside during the shoot, but the band was nothing but great to work with despite the cool temperatures. With the lights set up, we got to work and knocked it out. 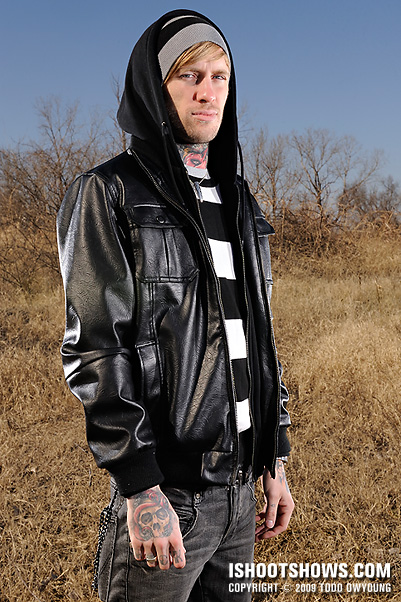 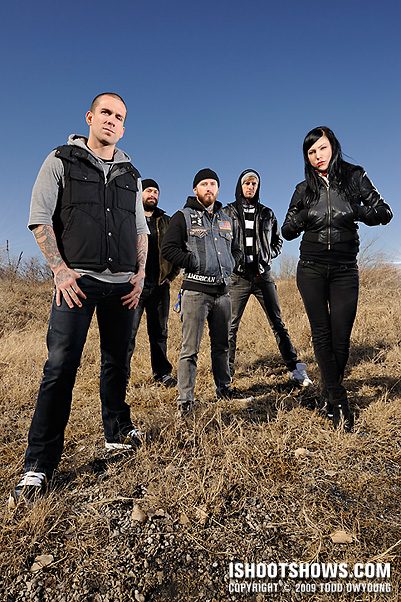 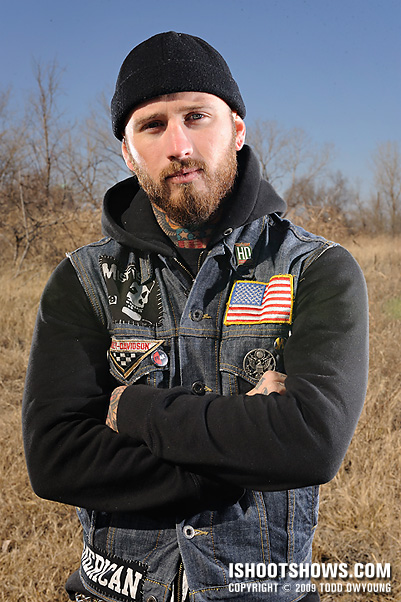 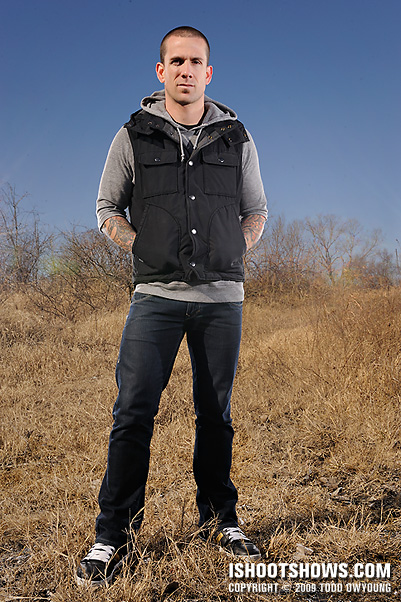 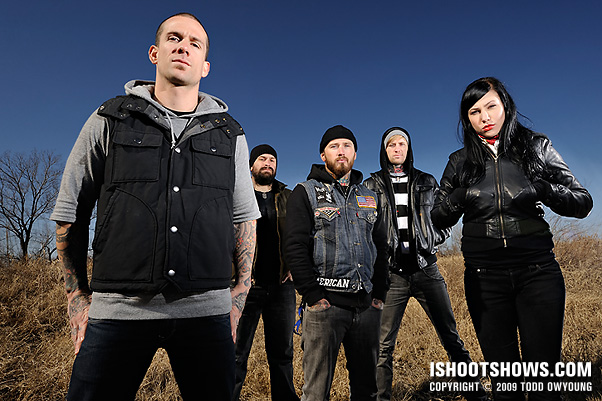 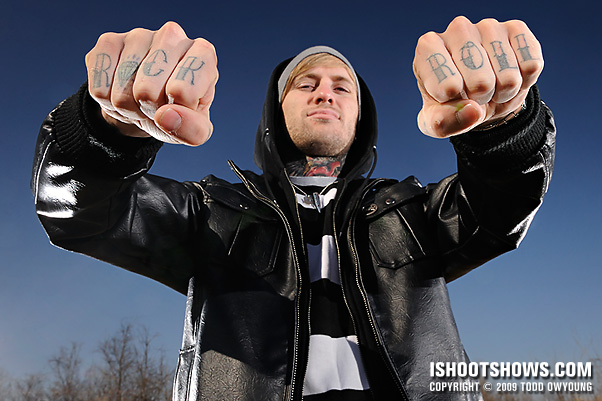 This was the first shoot I'd done outside in full, bright sunlight – weaker, Winter sunlight, but full sunlight nonetheless.

To work with this situation, I decided to cut as much of the ambient light as possible while adding flash to create some a little pop with the subjects. Given the 1/250 flash sync on the D3 and the bright ambient, this mean stopping well down, cranking on the flash power, and using multiple units.

I used four SB-600s as the remotes for this shoot, triggered by an SB-900 on-camera with the D3. I ganged up two of the SB-600s and positioned them camera right as the key light. The sun was high camera left, providing fill in this instance that's basically a cross-lighting setup.

The remaining two SB-600s were used as back/rim lights at roughly 45º off-axis from the camera behind the subjects.

I think it's worth noting that all the small flashes were shot bare, without umbrellas or reflectors to soften the light. While I normally always shoot with umbrellas, I needed every ounce of power from the flashes, so we went commando with it, as it were.

Big thanks to the five-strong gang of Bleeding Through: Brandan, Jona, Ryan, Dere, and Marta were all great, gracious subjects.

Also, a big hug out to Ryan and Pepe for setting everything up so quickly and being flexible.

Finally, thanks to Dave Mullis for assisting with this shoot.