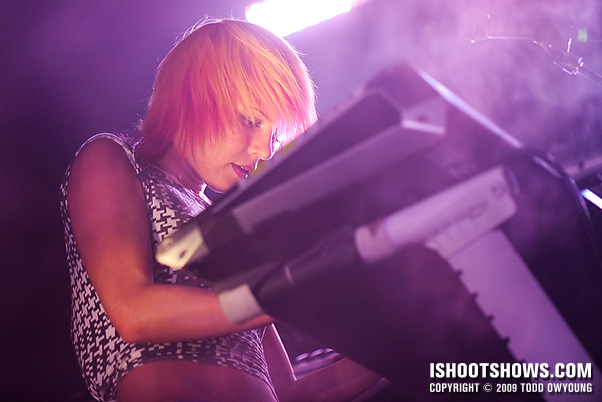 April 9, 2009 – Delivering glittering, synth-tinged rock with attitude in all the right places, Shiny Toy Guns threw down an infectiously energetic set that brought the dance party to the sold-out crowd at the Pageant. 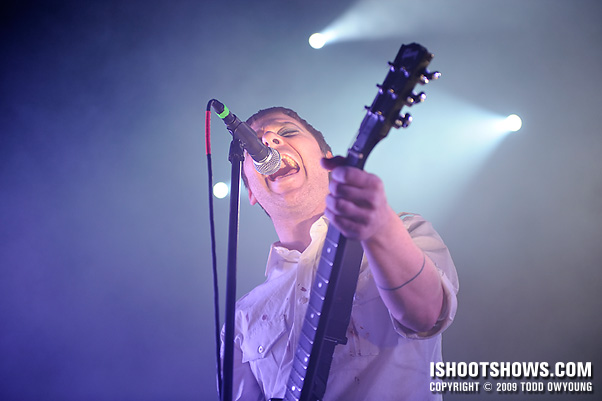 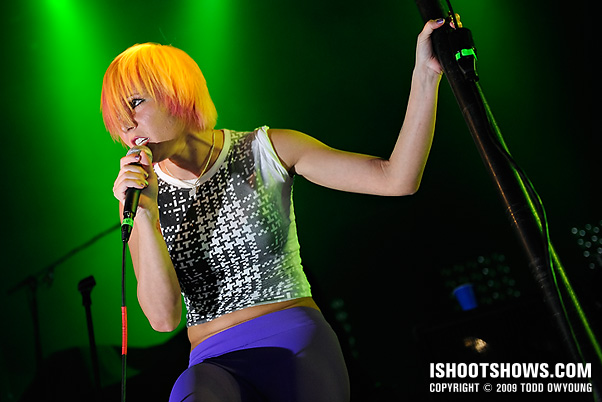 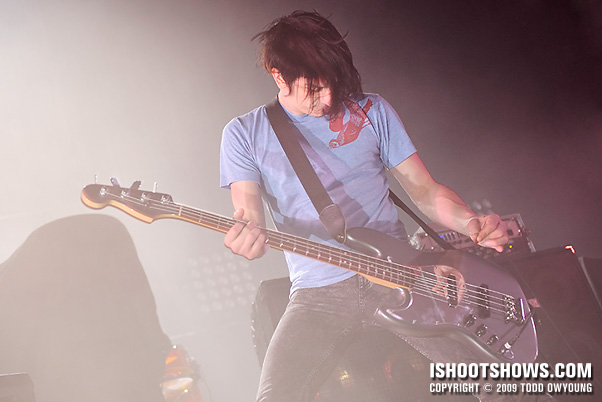 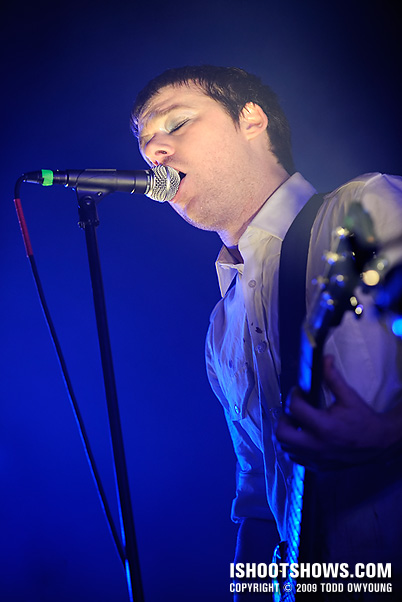 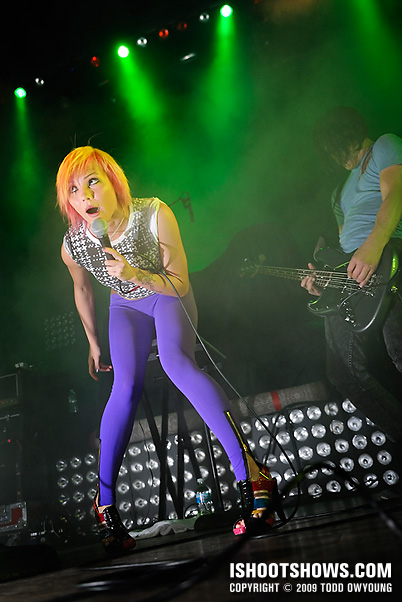 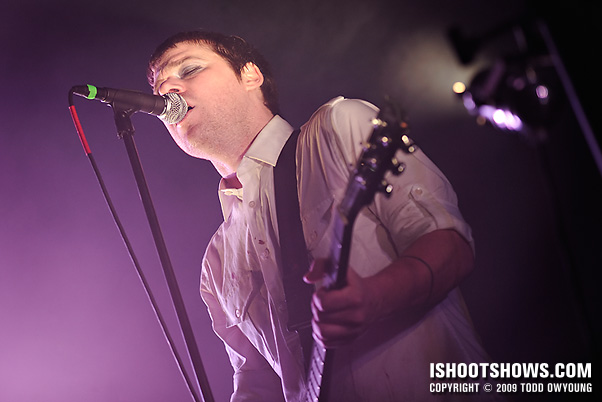 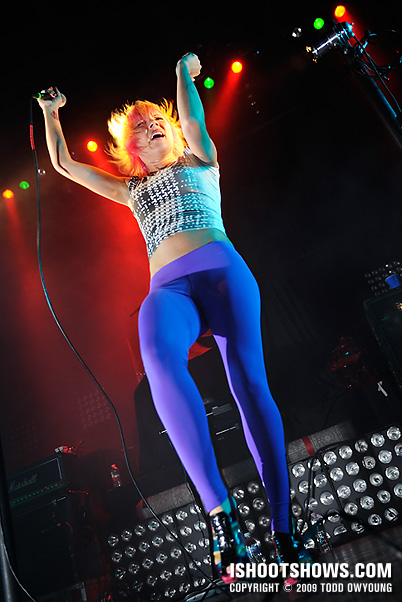 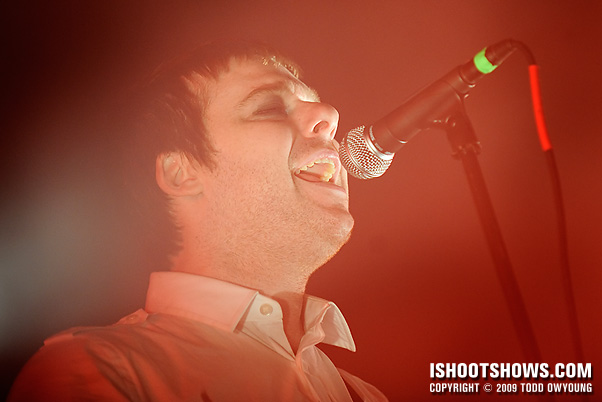 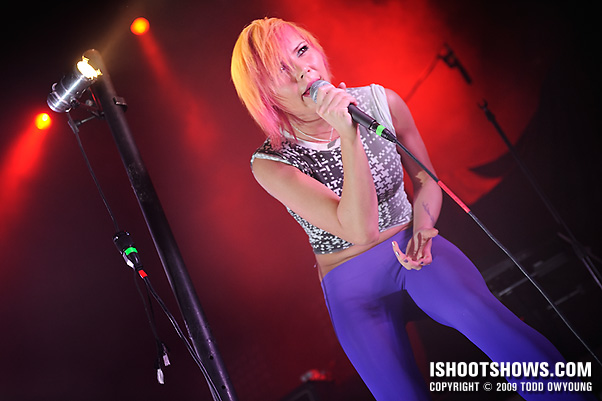 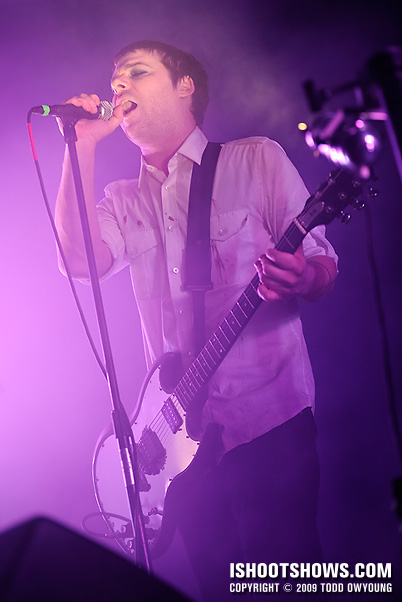 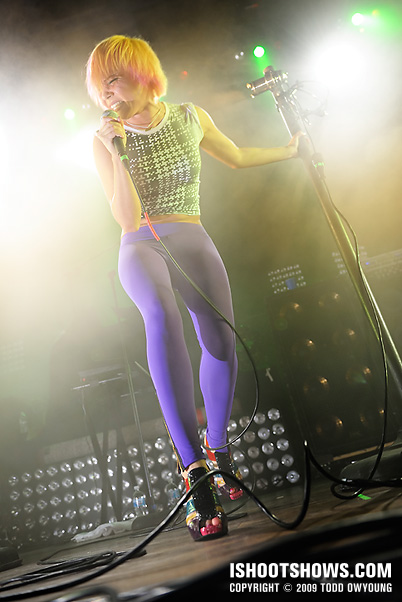 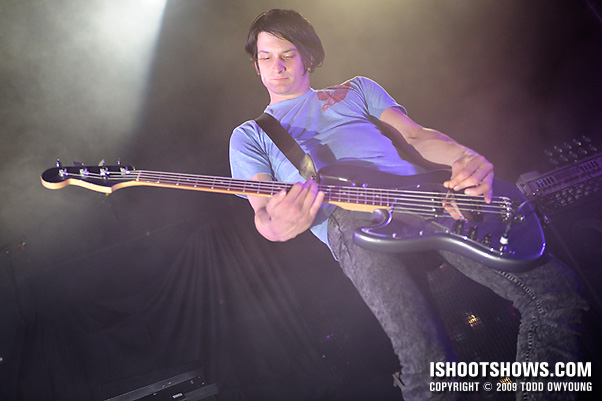 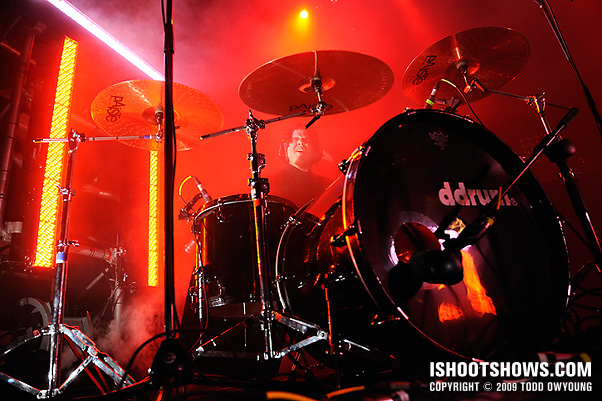 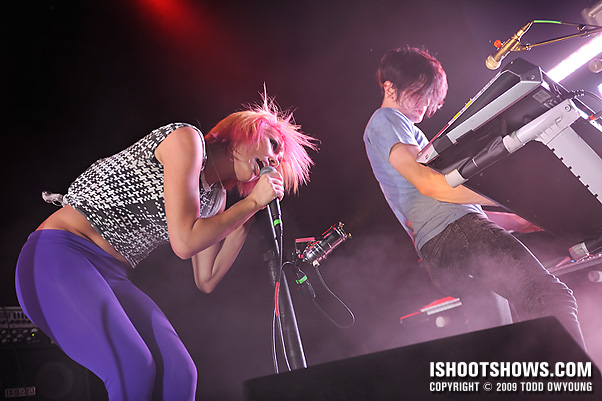 I had the pleasure of photographing Shiny Toy Guns back in 2006, when the band opened for the Sounds in NYC. When I heard that the band was touring again, I knew it was time to throw down.

For this gig, Shiny Toy Guns certainly brought one of the more interesting lighting setups that I've seen, with LED arrays on either side of the stage, massive bursts from stage-mounted hazers, and cross-lighting for the lead singers. Add to this a little judicious use of flash from yours truly, and there's a whole lot going on in front of the lens. This, of course, before we even factor in a well-tuned four-piece bringing the dance party.

For singer Chad Petree, the personal mini-spots on either side of him worked perfectly, as his duties on guitar and vocals kept him well in the beams of the lights.

Sisely Treasure, on the other hand, with no mic stand to keep her tethered, was a much more mercurial target, and flirted with the setup without really receiving the same well-intended benefit.

Mikey Martin on drums is such a kinetic force, I was a little disappointed that he was shrouded in thick haze for most of the shoot. Alright, and I admit, I'm kicking myself a little for not working him a little more, especially since he kit was setup right at the front of the stage.

Jeremy Dawson switched between synth and bass, and I found that he was easiest to photograph on the latter, for which he mostly rocked out at the back of the stage near the speaker stacks.

Big huge hug-out to my friend Bethany Watson. That is all.