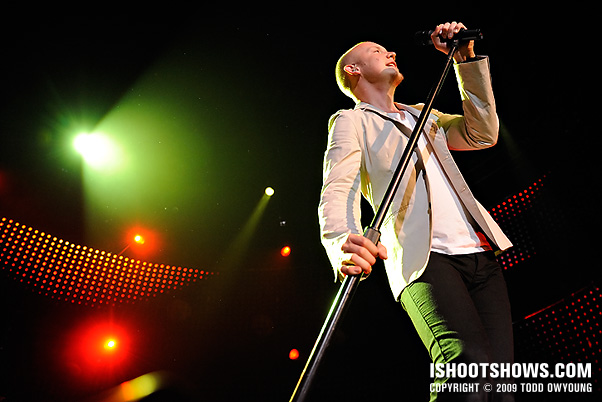 July 3, 2009 – Isaac Slade and company brought a big dose of epic piano rock to the Verizon Wireless Amphitheater as the Fray launched into their 2009 tour. 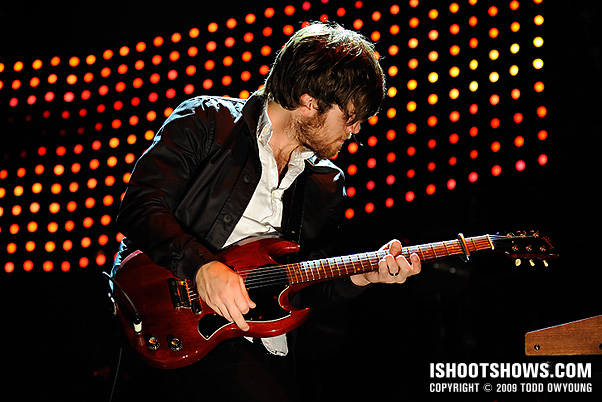 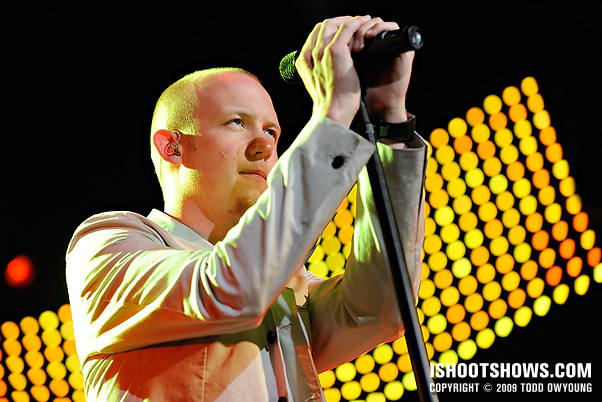 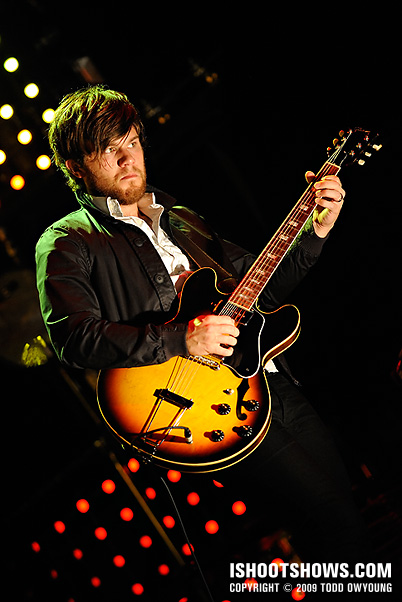 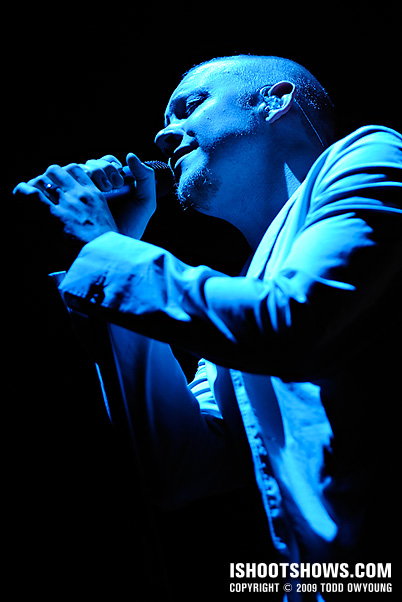 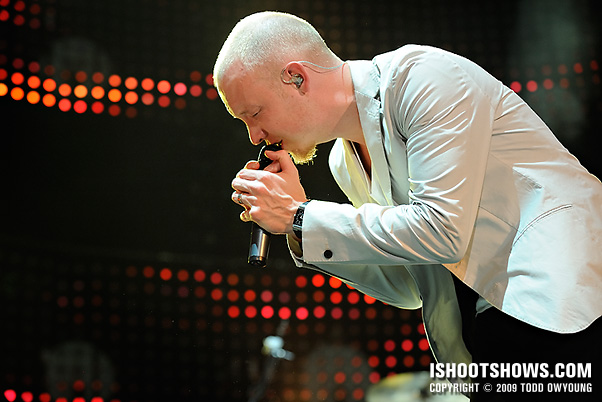 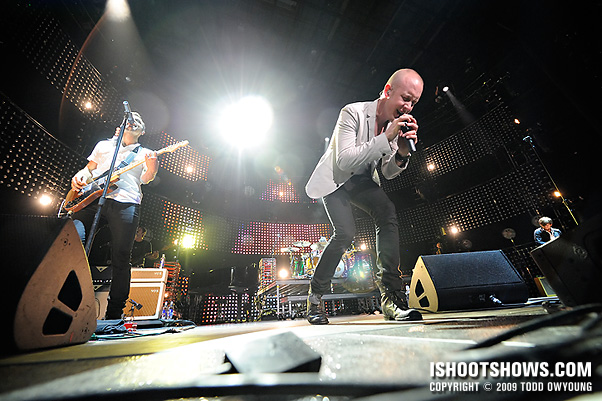 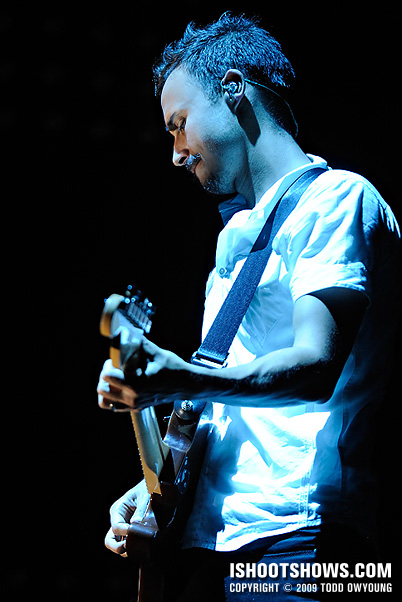 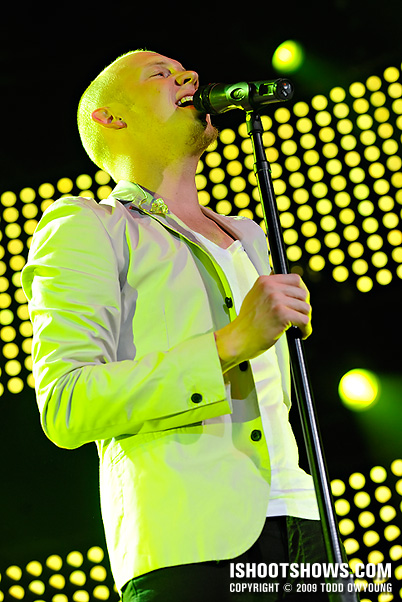 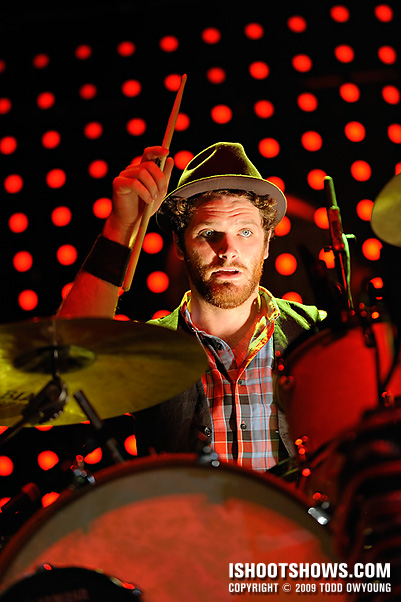 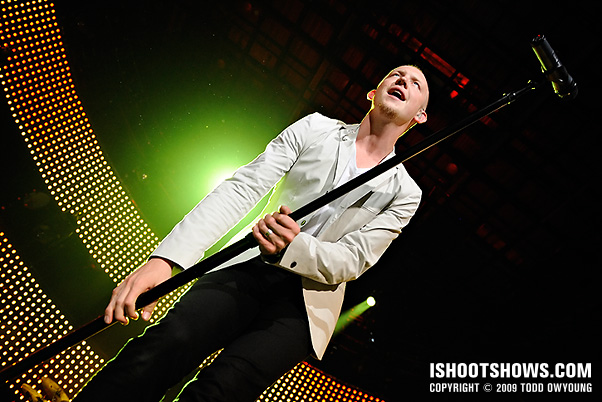 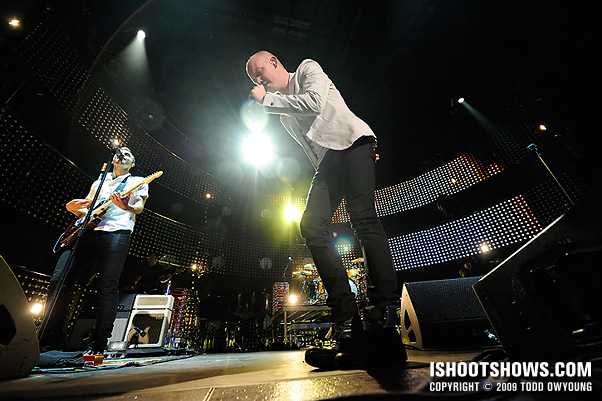 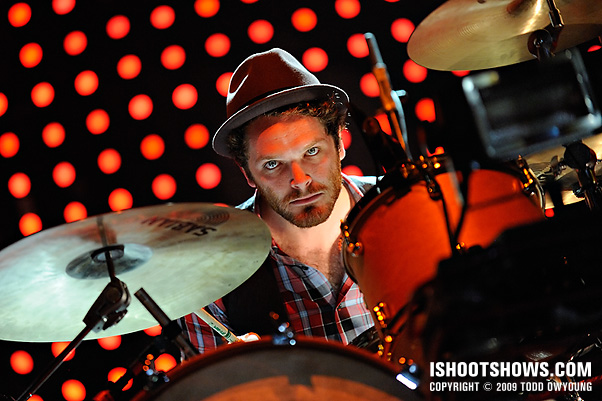 This was a great tour to photograph, and the Fray put on a really excellent show. With a big stage setup, fantastic lights, and a lively singer, there wasn't too much more to ask for with this concert. Even though the allotted time for this performance was only two songs, the great shooting conditions made for a relatively easy assignment. While I'd never seen the Fray in concert before, I thought they put on a fantastic performance and I had a blast covering the gig.

Singer Isaac Slade in particular was a great subject, with a perfect amount of motion and stationary poses that made for a nice shoot. During the first song, Slade mostly just rocked out at the mic, while he moved around the stage a bit more during the second song, which made for some nice wide angle opportunities.

The other members of the band were, overall, pretty static, but all were interesting subjects and made picking up individuals of the band a breeze.

There was a great abundance of light on the band for the first two songs, so technically this show is a piece of cake. Lots of white light on Slade, while drummer Ben Wysocki had his own sidelight that provided some great photo ops.

While I was photographing the show, a friend who was sitting in lawn of the venue texted me, “And God said, Let there be lighting for ALL concert photographers!” It's true. This is one of those shows helps make up for all the dive bar shows and awful red lights I've shot over the years.

There's lots of backlighting via spots, so if you're shooting this concert you're going to want to keep that in mind.

To give you an idea of the stage setup, here's one shot that shows the 180-lighting rig that sat behind the band: 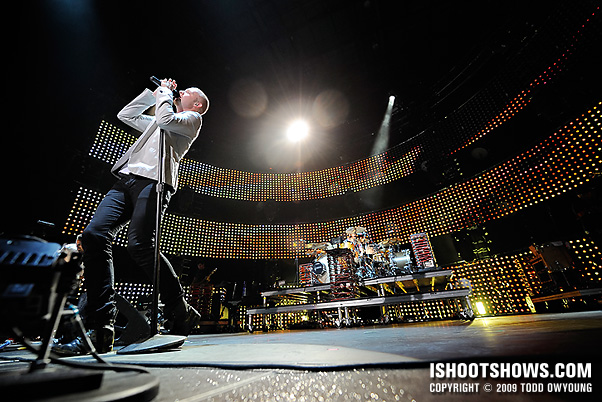