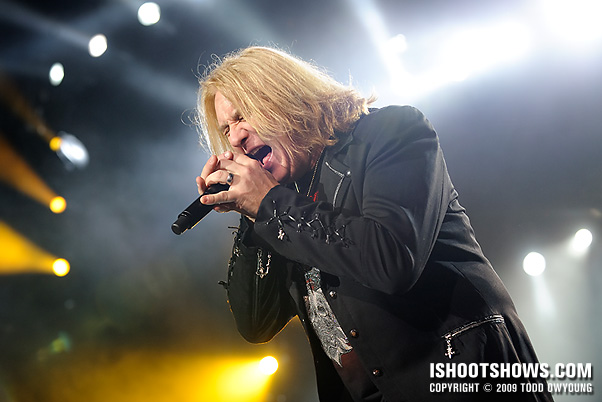 July 20, 2009 – Playing the Verizon Wireless Amphitheater to a rowdy, grinning crowd of die-hard fans, Dep Leppard showed off why they were among the titans of the New Wave of British Heavy Metal. 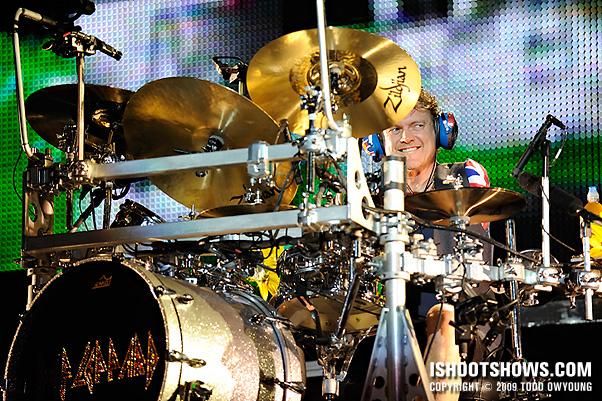 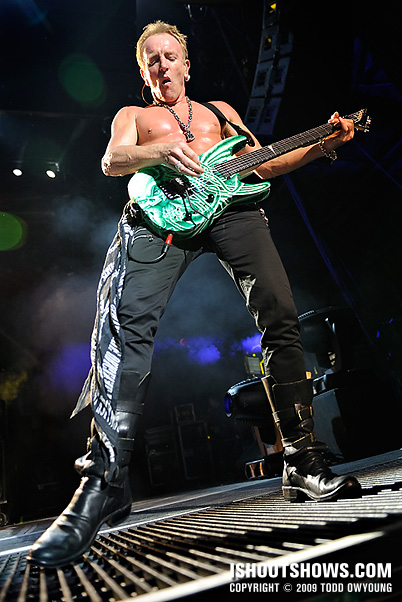 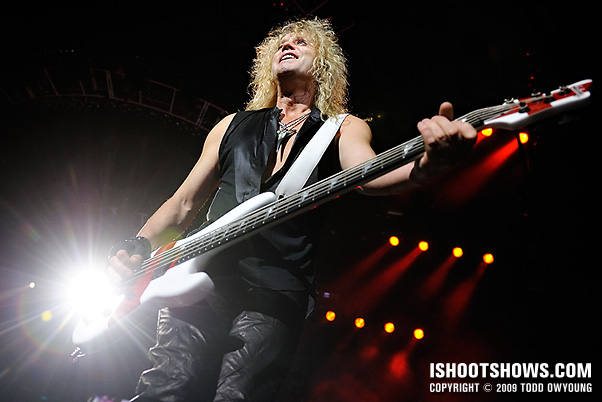 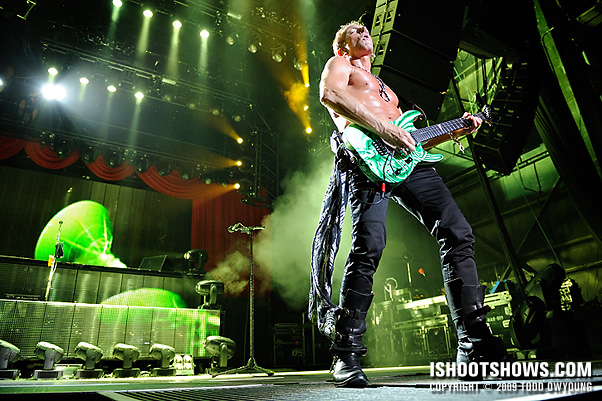 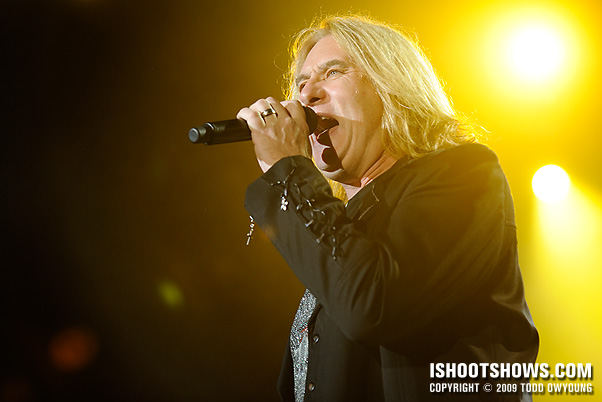 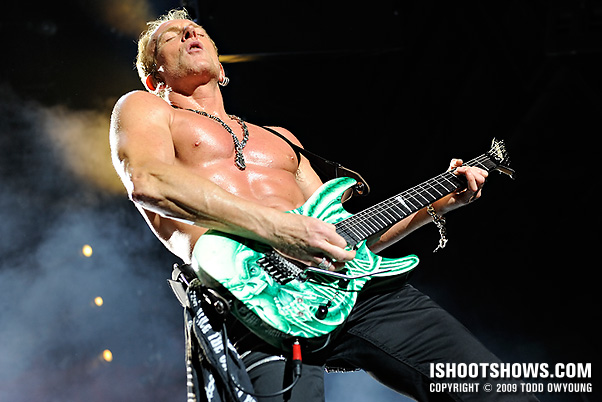 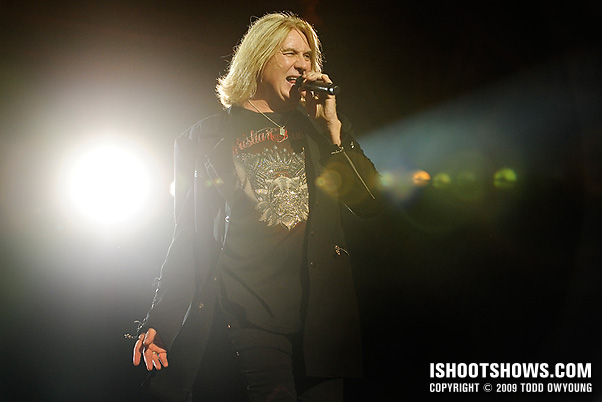 We had two songs to make it happen for this concert, and despite the shorter allotted time down from the standard “first three,” Def Leppard put on a great show that made covering this concert easy a lot of fun.

In particular, guitarist Phil Collen was a great subject stage left and came to the front of the stage on multiple occasions to play out for the fans, complete with a very studied and finely honed guitar face. On either side of the stage there were small rectangular extensions setup in front of Collen and Rick Savage, bringing them out into the photo pit and that much closer to the crowd.

Frontman Joe Elliot made ample use of the stage and was a moving target throughout the first two songs, both on the catwalk and on the main stage.

The lighting for this concert was the modus operandi for a tour like this; spotlights on the players and generally good effects all around. While the two songs went by a blazing speed, the nice lighting made making the key shots a relative breeze.

Update: I should note that while the lights were great, be prepared to do a lot of footwork if you want to catch Joe Elliot. Phil Collens is the easy one; Joe makes you work for those shots.