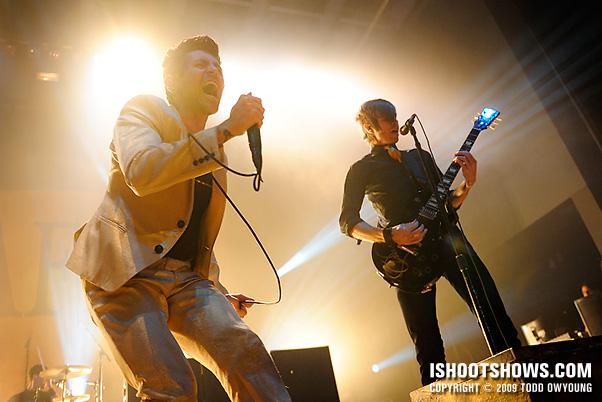 On their headlining Crash Love tour, AFI stormed the Pageant in an electrifying performance that saw singer Davey Havok and his bandmates dominating the front of the stage under explosive lighting.

Under no condition are these photos authorized for hotlinking, re-posting, or any other use, editorial or commercial. 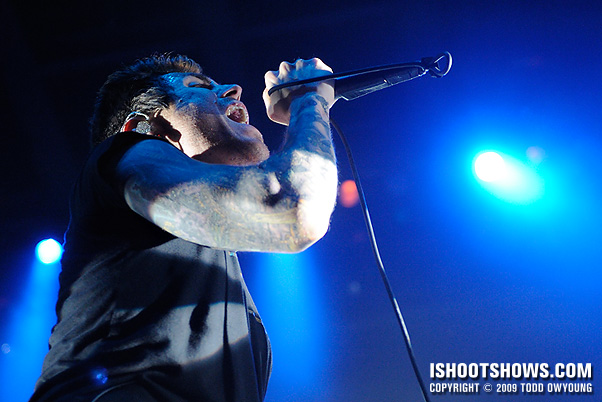 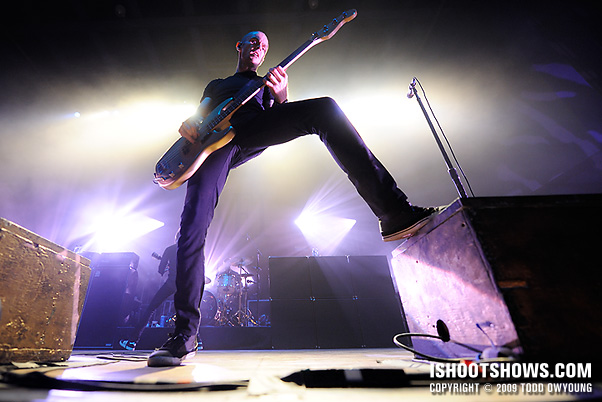 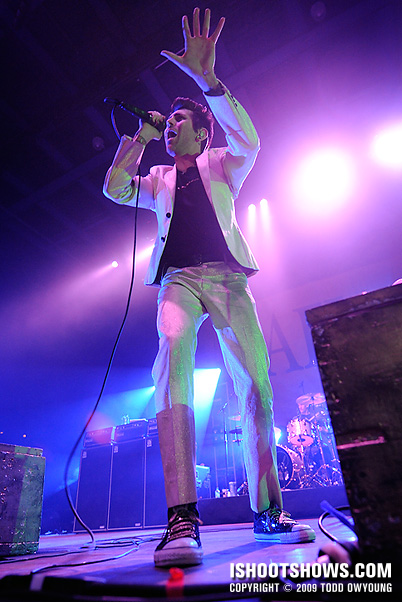 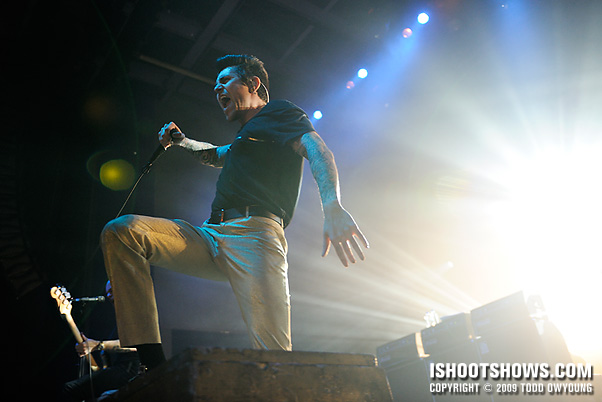 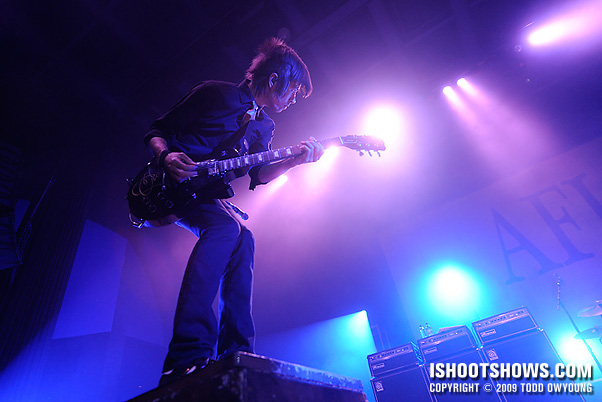 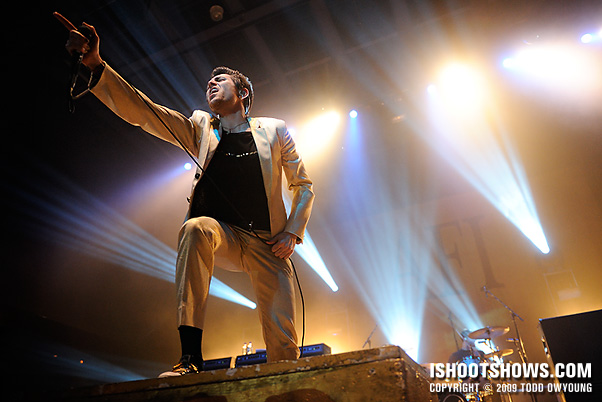 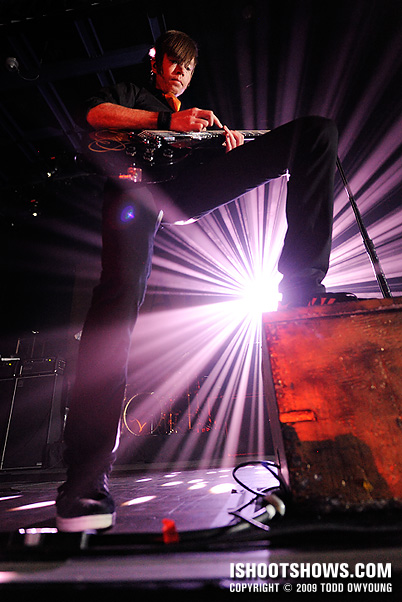 This is an example of catchflash on Jade Puget, with a shutter speed of 1/10. 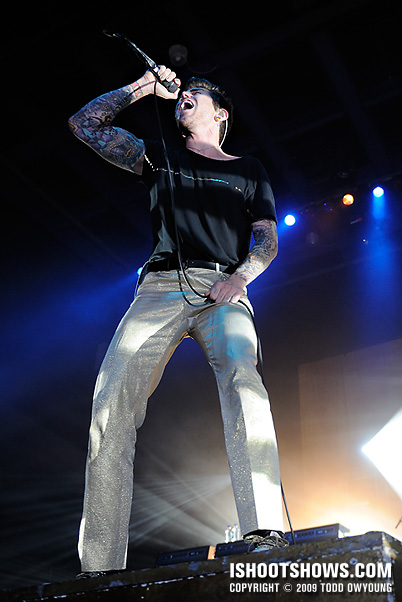 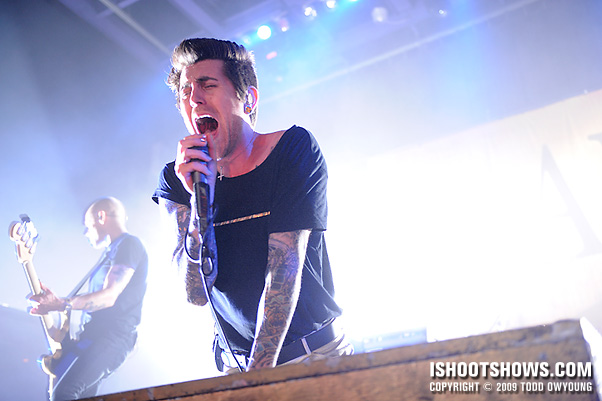 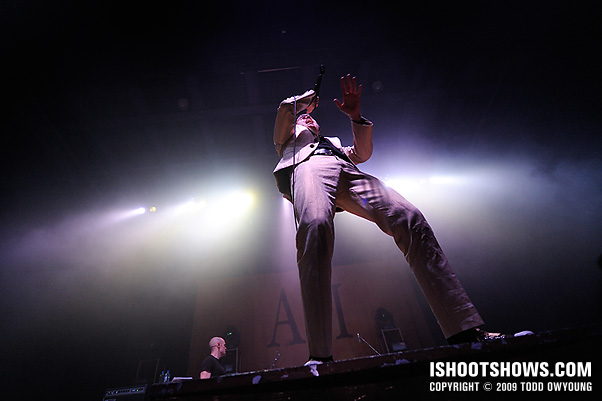 I had to whip out the Nikon 14-24mm for one shot like this – Davey Havok is about six feet above the pit here.

This was a great show to photograph and AFI put on a tremendous performance – however, for all the photo-candy that the band was, this shoot also came saddled with some big shooting challenges as well.

Spastic lighting and huge changes in the dynamic range of the exposures from one minute to the next were the principle obstacles. On top of this, there was a ton of movement by AFI on stage, especially front frontman Davey Havok.

Due to some of the dramatic dim points of the set, this is one concert where I actually relied on catchflash a number of times, especially at the start of the show. Imperfect a technique as this is, the P&S-happy fans of AFI were more than happy to oblige most of the time whenever Davey Havok or Jade Puget came to the front of the stage.

Several ego risers lined the front of the stage, which, along with a fat stack of monitors, provided a slight challenge in adding to the vertical height of the subjects. However, for a venue like the Pageant, these issues are pretty much par for the course with rock bands. Mark O., a photographer on tour with AFI, remarked that the Pageant had the highest stage out of all the venue's he'd been tour with the band.