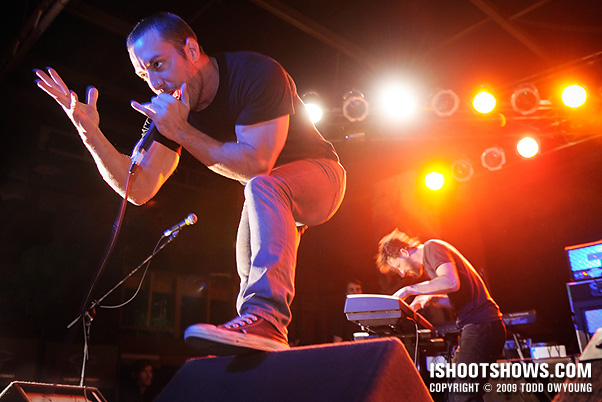 I don't think it really matters what kind of music you listen to, this fact remains: The Dillinger Escape Plan put on one of the most kinetic and enthralling shows out there. While they've calmed down since their days of fire-breathing and pyrotechnics, DEP's live show is still nothing short of a spectacle to behold. 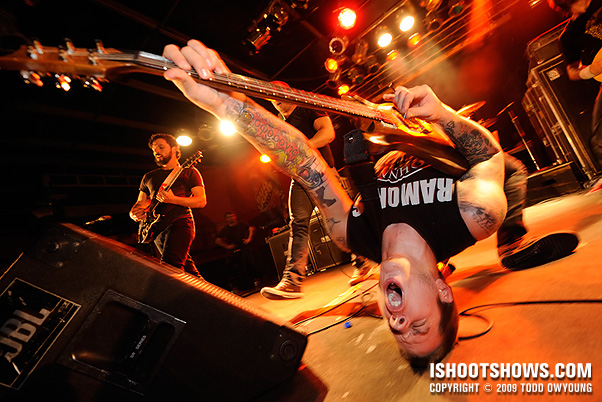 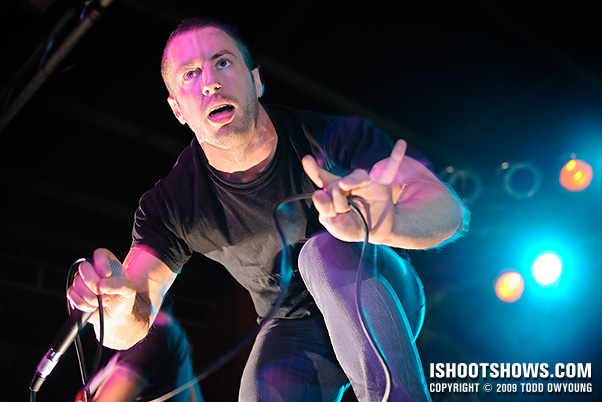 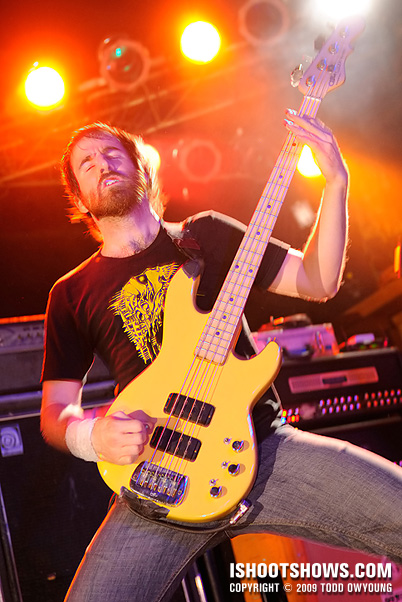 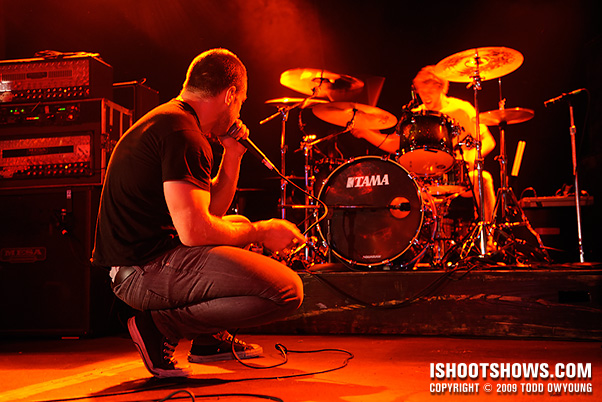 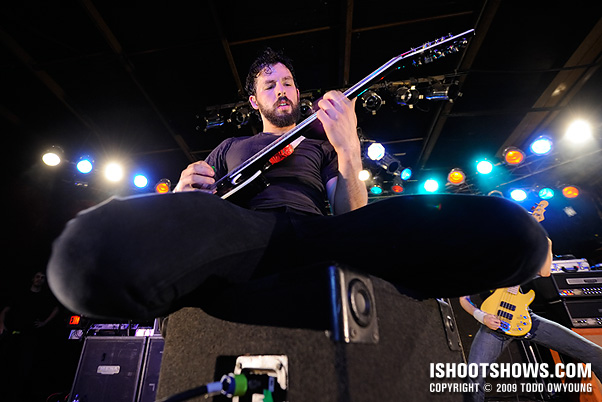 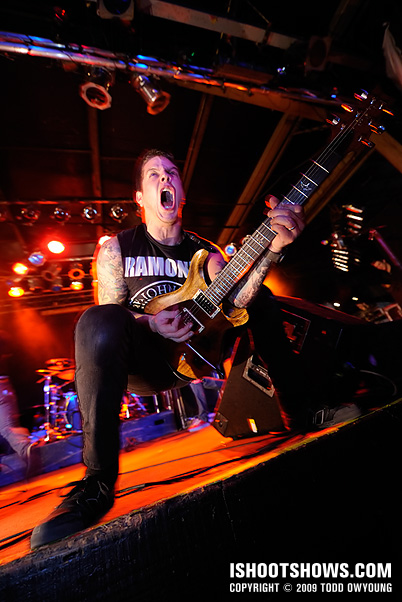 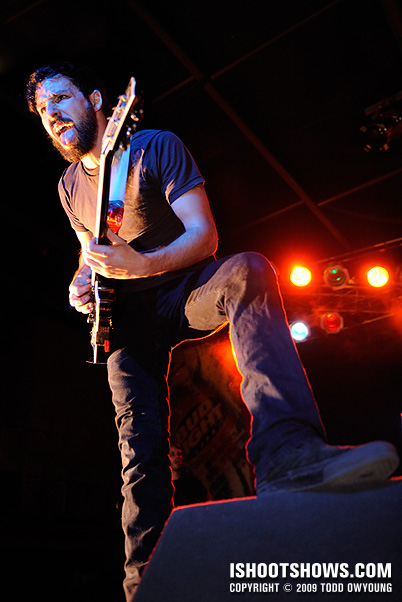 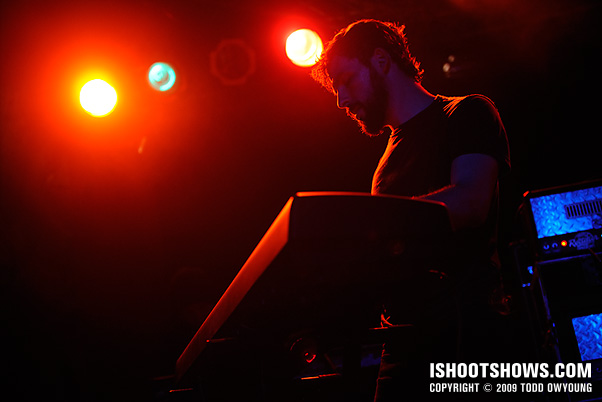 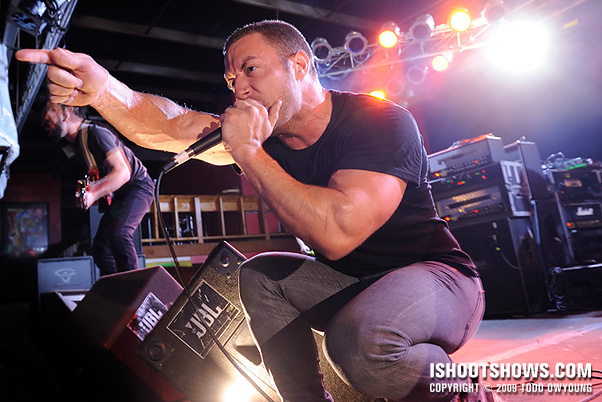 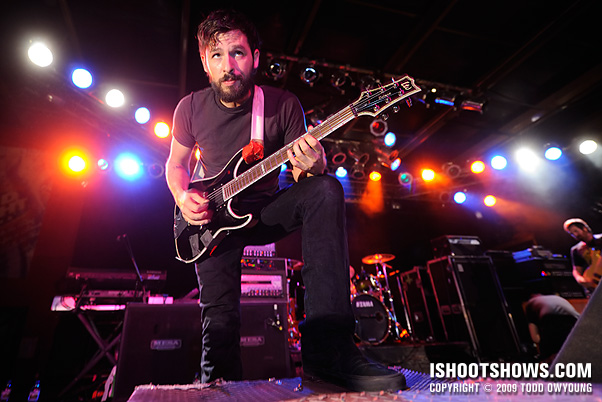 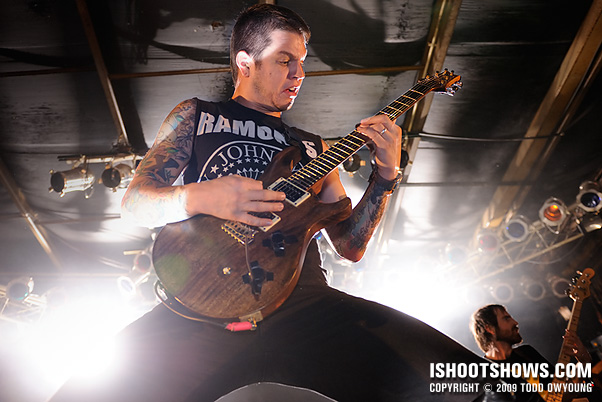 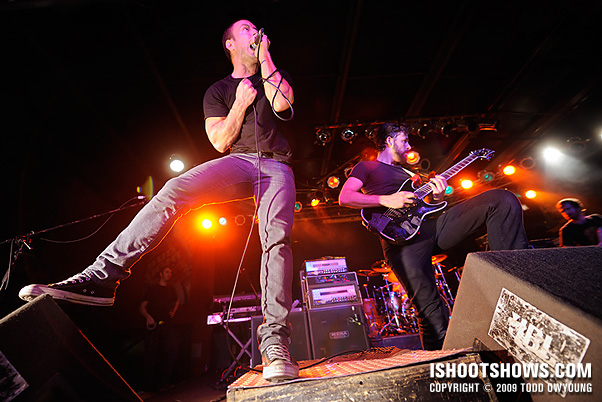 Prior to the show, The Dillinger Escape Plan's publicist emailed out a release that started with the following warning:

DISCLAIMER: With fire, flying bodies, swinging guitars and more, someone WILL get hurt at this show.
It might be you. More likely, it will be a member of the band.

Attend at your own risk.

I think the last sentence reads pretty accurately. While no one was injured at the show I covered, I think that was more of a testament to the band's performance chops than any lack of real danger. DEP are professionals.

Regardless of non-injury, I will say this: You are probably not ready to photograph The Dillinger Escape Plan.

For me, Dillinger are just one of those bands that are such a kinetic force that there's hardly any preparation one can do before their show, regardless of experience. I think you just have to stay calm, try not to embarrass yourself with a bodily discharge when frontman Greg Puciato lunges toward you, and go zen.

At any given time during the show, there's a very high likelihood that one of the band members is climbing on an amp or part of the stage rigging. And when no one is climbing, DEP are probably playing some form of musical chairs that involves standing on monitors or their two risers. Or maybe they're just spazzing out, as in the second photo in this set of guitarist Jeff Tuttle.

On top of all this movement, stack on spastic lighting with strobe lights and dim washes, and you've got a nice, juicy challenge on your hands.

My approach to all this madness was to simplify. And by simplify, I mean rig up two tungsten-gelled speedlights for cross lighting.

The Nikon 14-24mm f/2.8 and Nikon 24-70mm f/2.8 did the heavy lifting for this show. Unlike most of the concert I photograph, I used only one body for this show, the Nikon D3. I find it easier to switch lenses than to change the commander flash between two bodies.

If you haven't already, you can see the portrait shoot I did with Dillinger here:
Portraits of The Dillinger Escape Plan