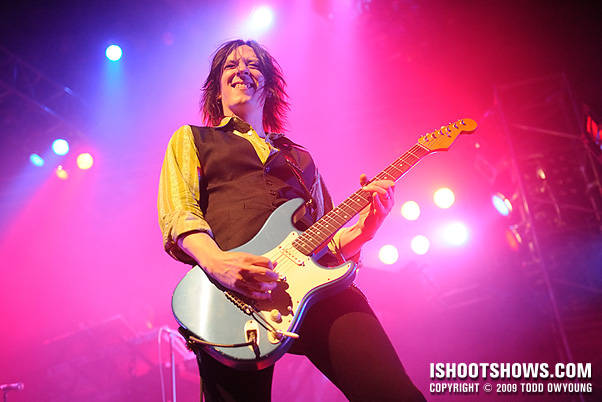 In the first night of their soldout, six-night residency at the Pageant, El Monster y Los Masked Avengers blazed on stage with a powerhouse spectacle that showed why this show continues to be one of the highlights of the year for so many Pink Floyd fans. 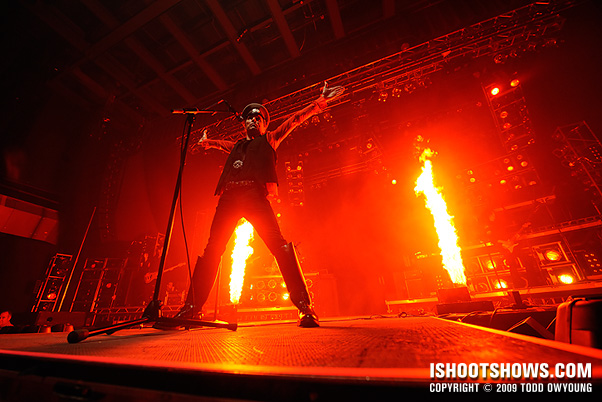 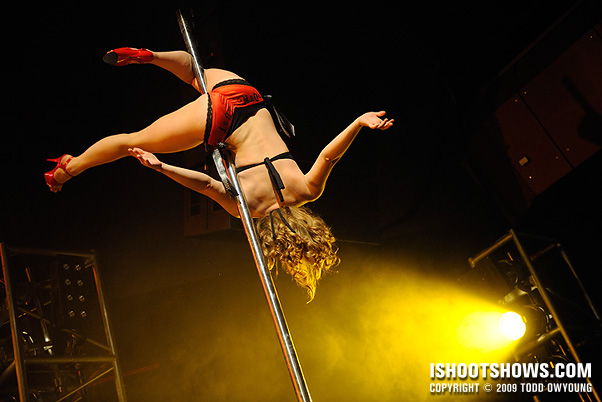 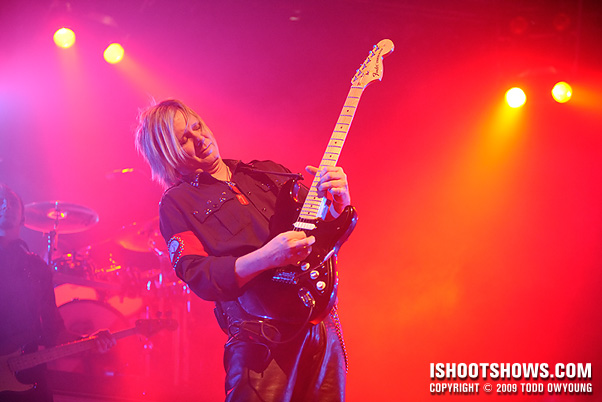 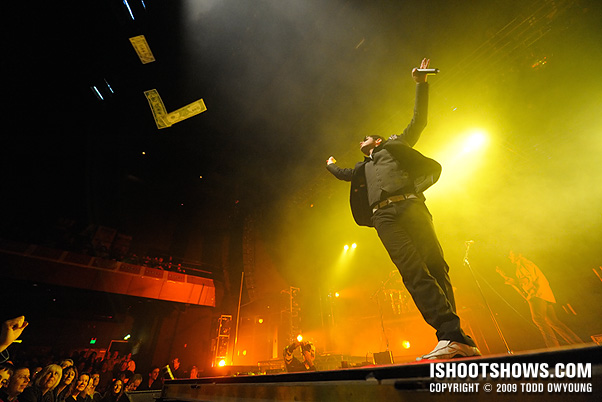 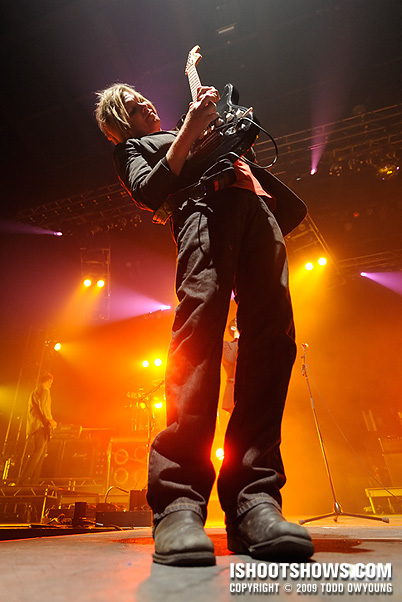 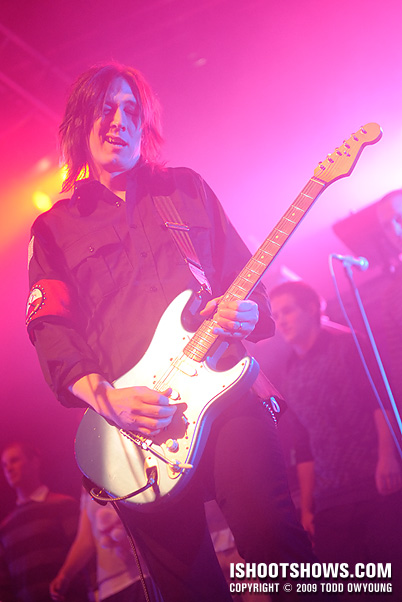 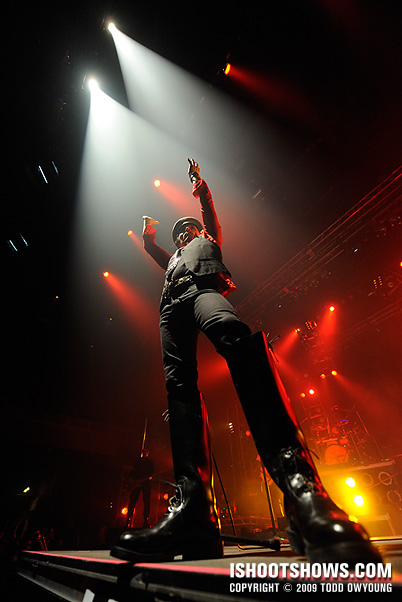 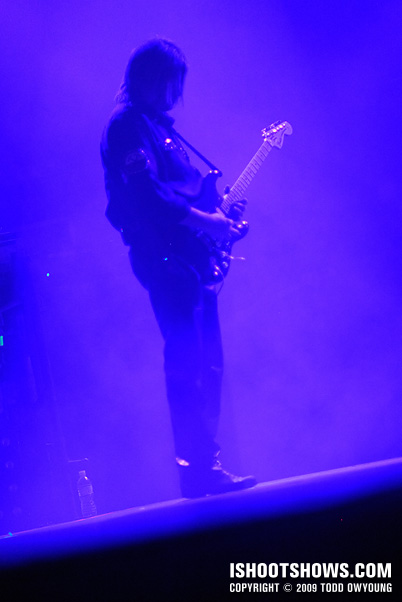 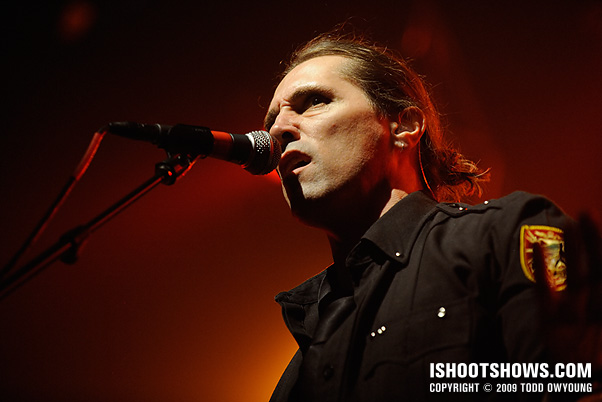 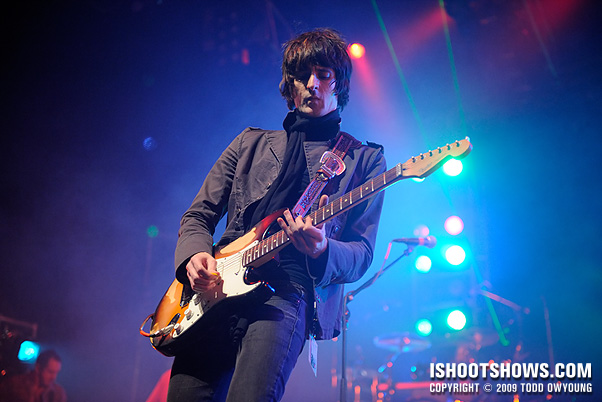 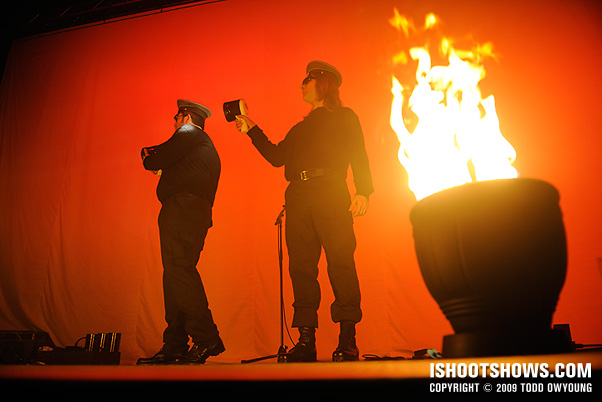 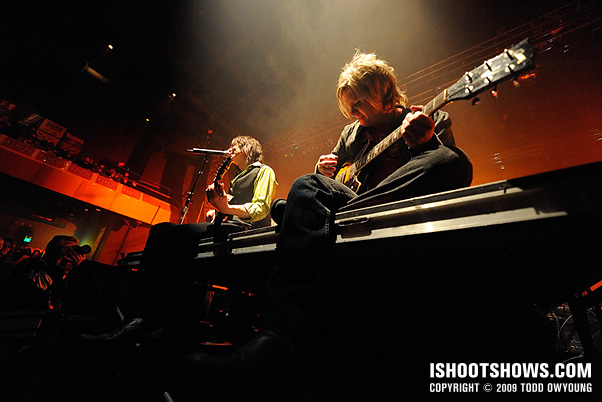 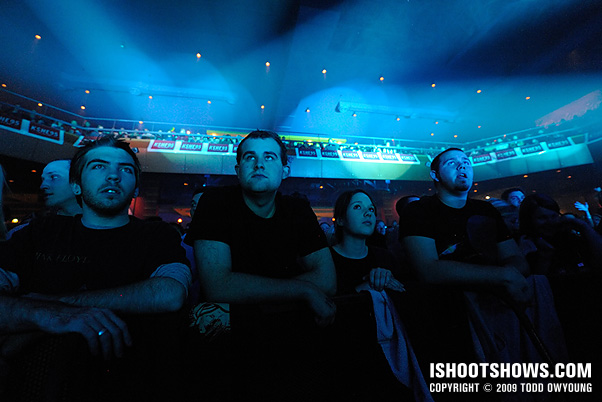 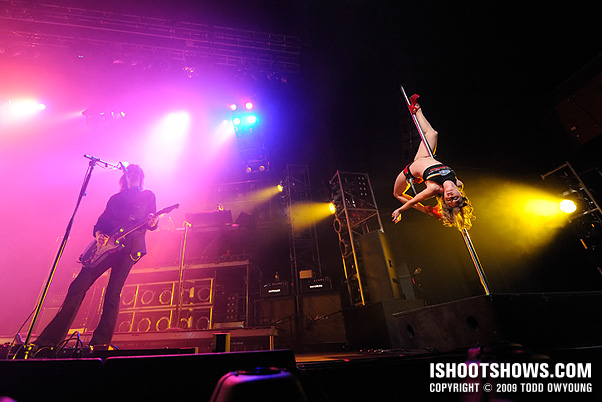 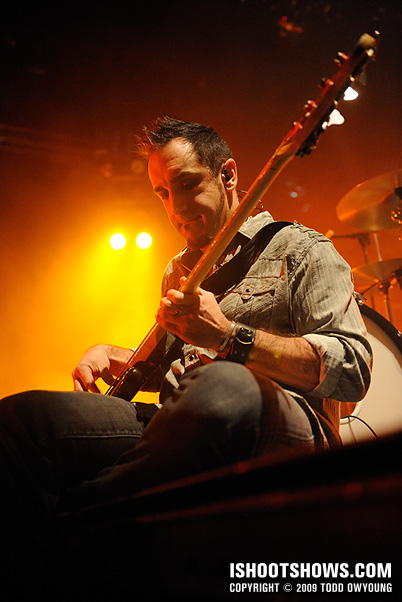 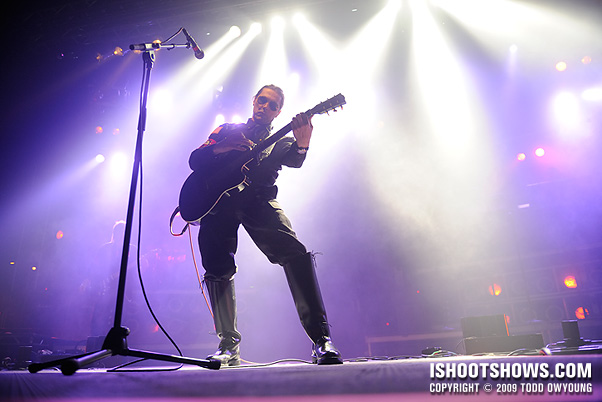 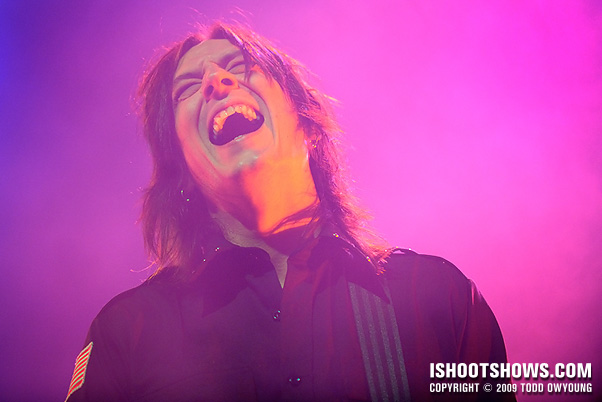 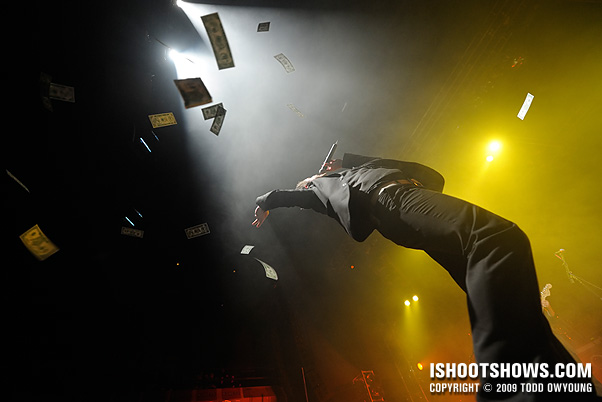 I've been wanting to catch El Monstero's performance for years, and it was a nice way to cap off 2009 as the last event I photographed. The event proved very theatrical and very atmospheric.

Due to the fact that the show had the Pageant booked for a series of shows, the production level was very high and incorporated a huge number of lighting effects. Since nothing had to be packed up and carted off like on a touring show on a nightly basis, El Monstero had what looked like much more lighting gear on stage than all but the biggest club tours.

The stage featured a wide extension from the stage into the crowd, and the ensemble took good advantage of this feature during the show. For me, this extension just screamed ultra-wide angle, so I used the Nikon 14-24mm f/2.8 liberally.

One other feature in the photo pit were too massive banks of lights flanking the extension, coming in from the sides of the stage to the center in a wide V-formation. This setup meant, for the most part, shooting from two to three meters back from the edge of the stage, so the longer sides of the Nikon 24-70mm f/2.8 and Nikon 70-200mm f/2.8 came into play whenever the band was on the main stage.

However, despite a massive array of lights in front of the band and especially behind them, an atmospheric treatment was the dominating theme for El Monstero's show, and exposures were often dialed way down.

In fact, the lighting for some segments of this show were shockingly low considering the huge amount of lighting gear that was on stage. Regardless, I really came mightily impressed by the show and the sheer volume of production that went it it, and I'll be back next year.

Big sound, big [atmospheric] lights, and no 3-song limit? Count me in.

Big shout out to Paul Addotta, El Monstero's photographer, for so graciously giving me some great pointers before this show. As the group's official photographer, Paul gave me heads up on when the band would use certain effects, which made shooting this concert all the more fun in knowing what to anticipate.