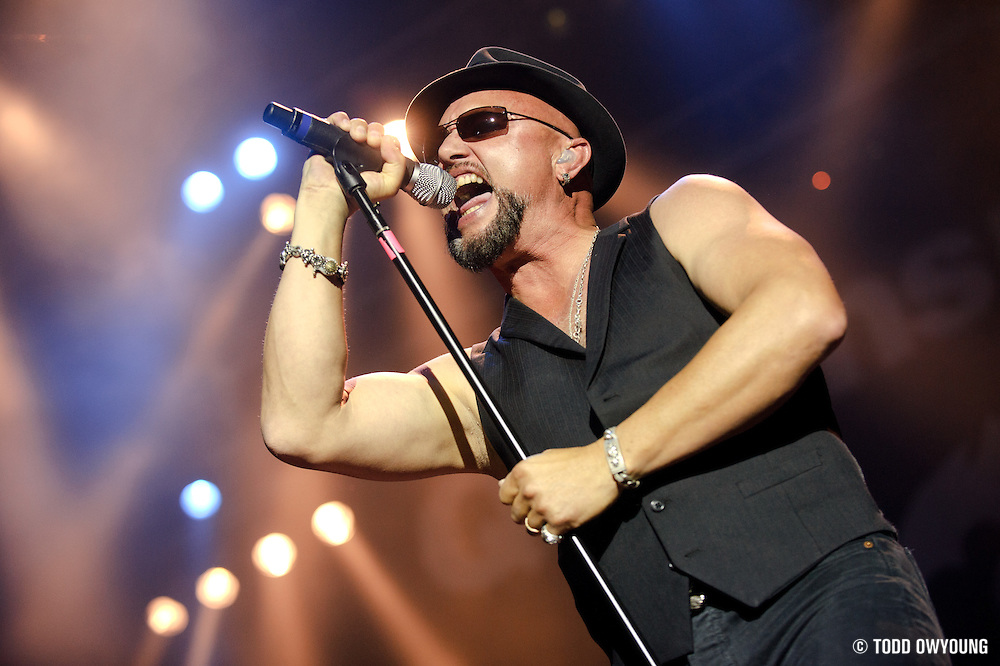 Closing  a day of pummeling hard rock and metal, Queensrÿche threw down on the main stage of the Verizon Wireless Amphitheater.

Before the band took the stage, I was chatting with fans. One asked me if I'd ever seen Queensryche live before. When I replied that I hadn't, he simply said, “He has a voice from hell.” 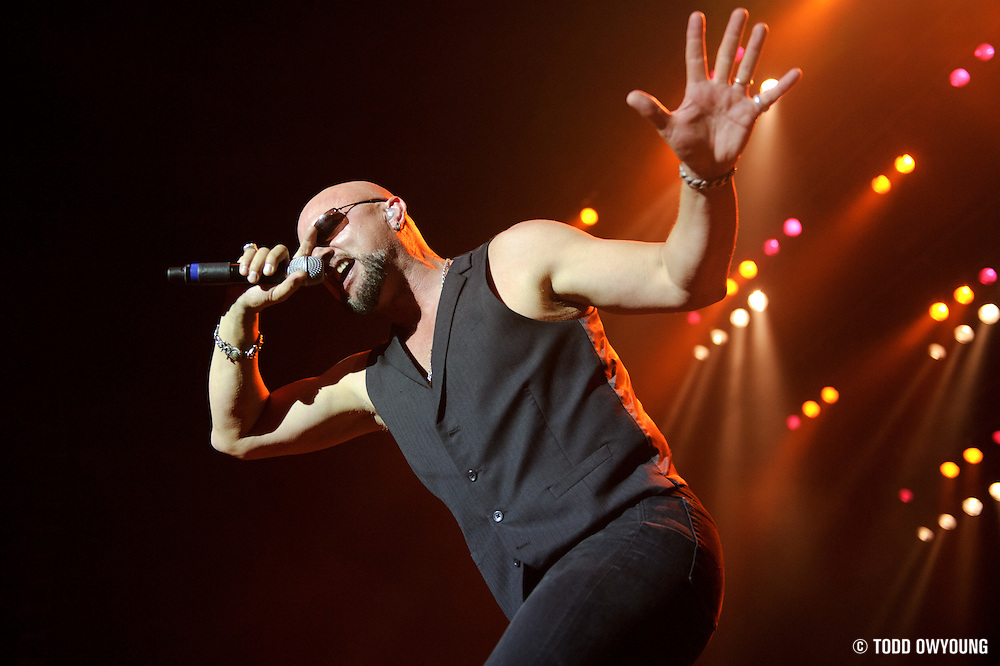 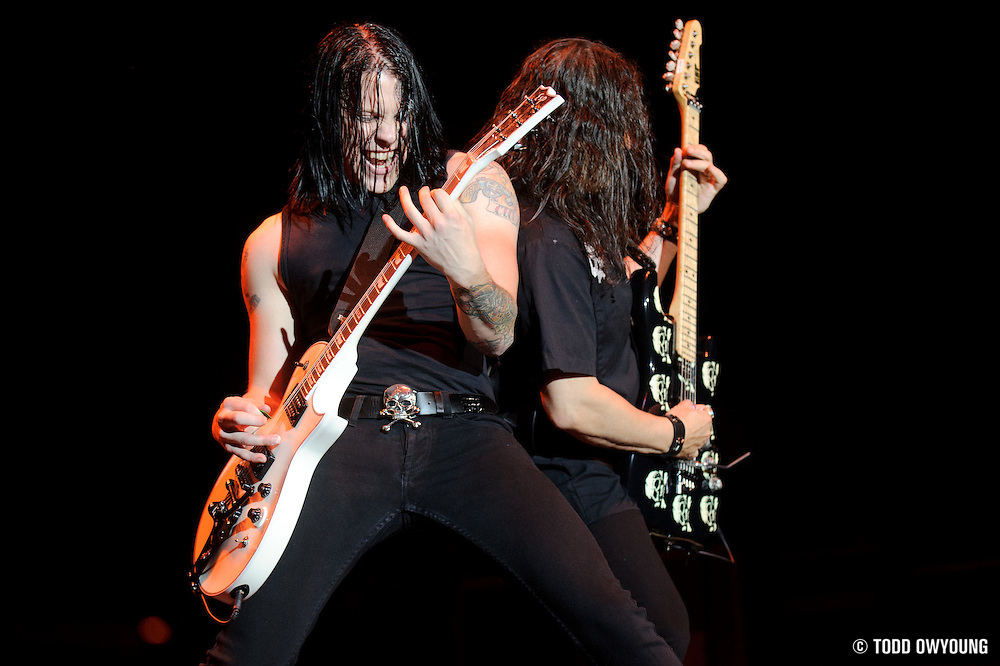 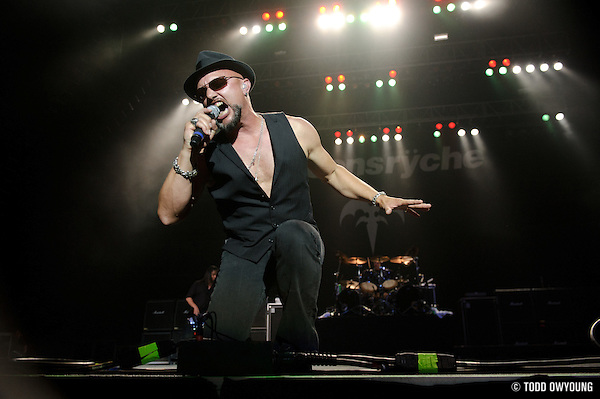 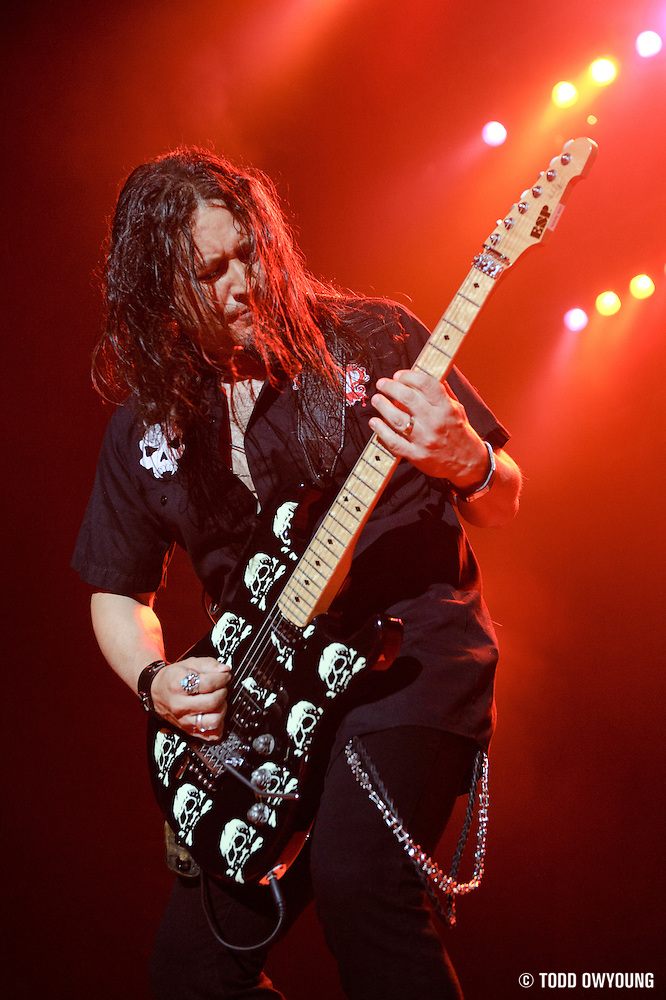 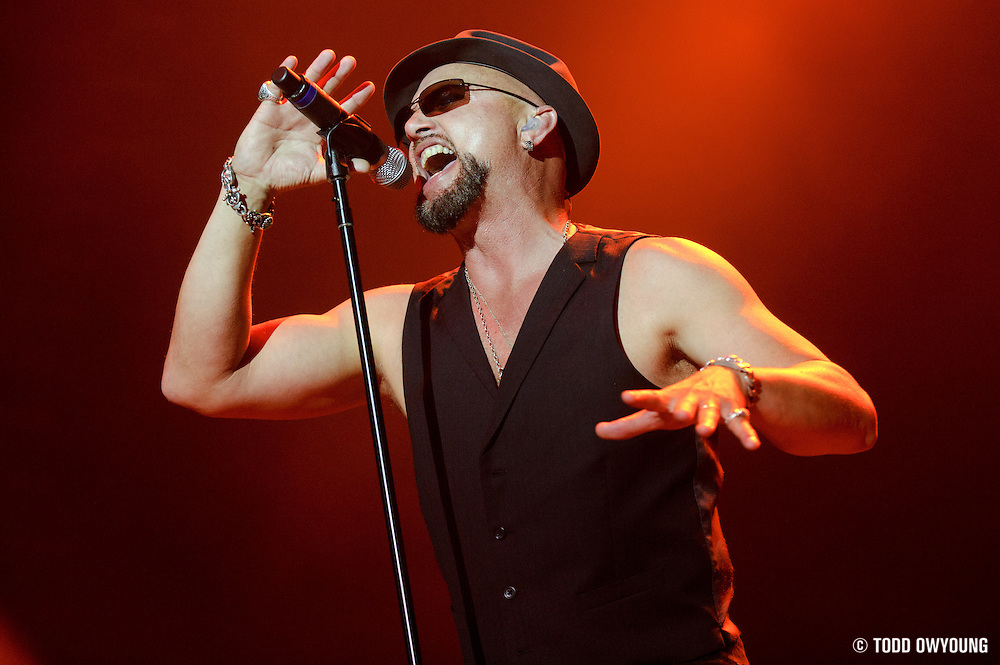 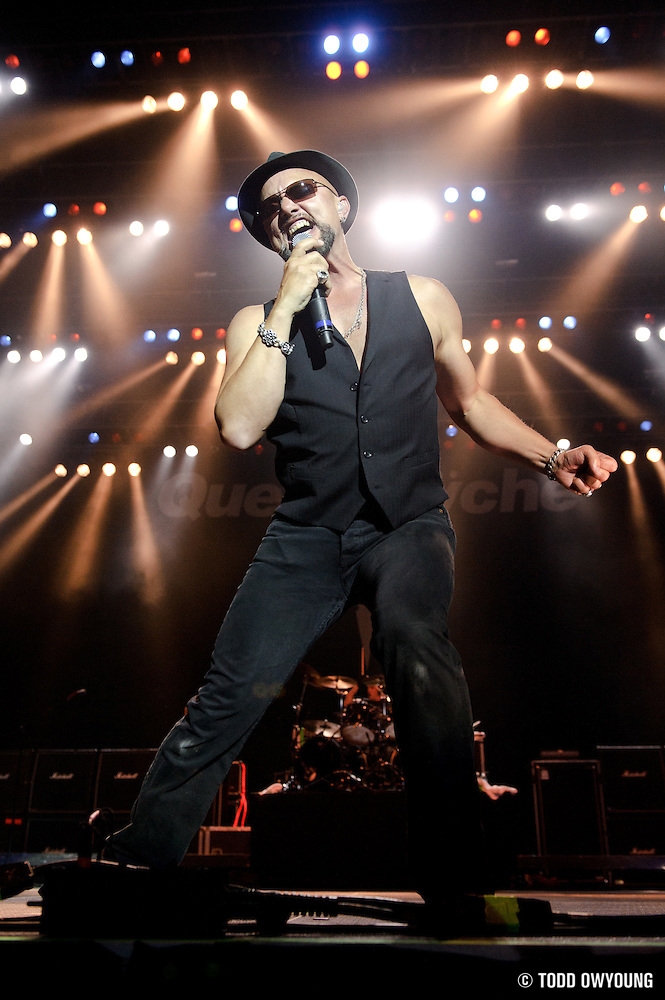 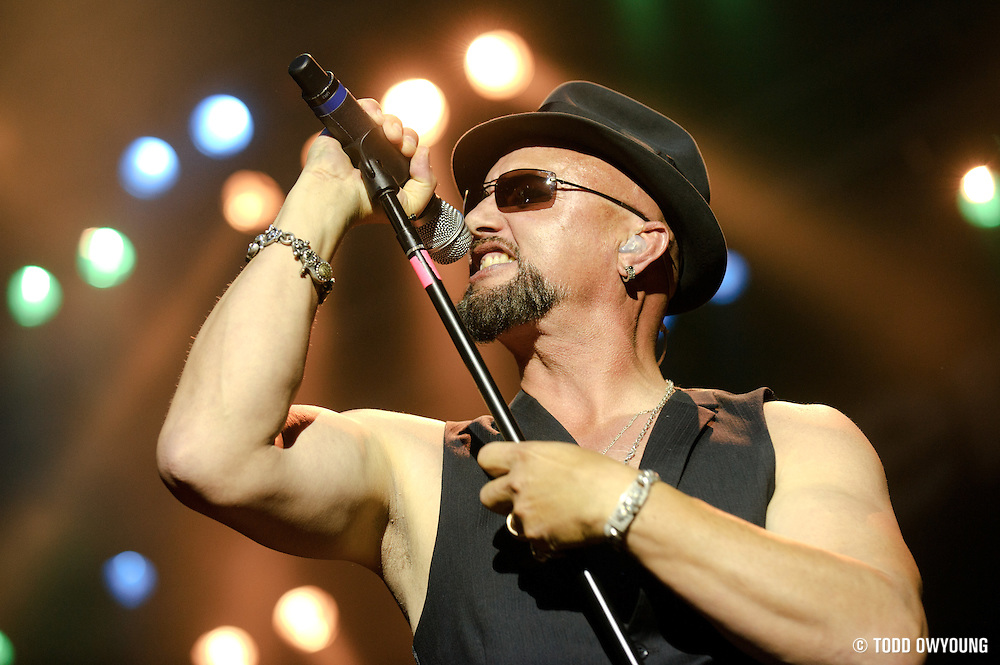 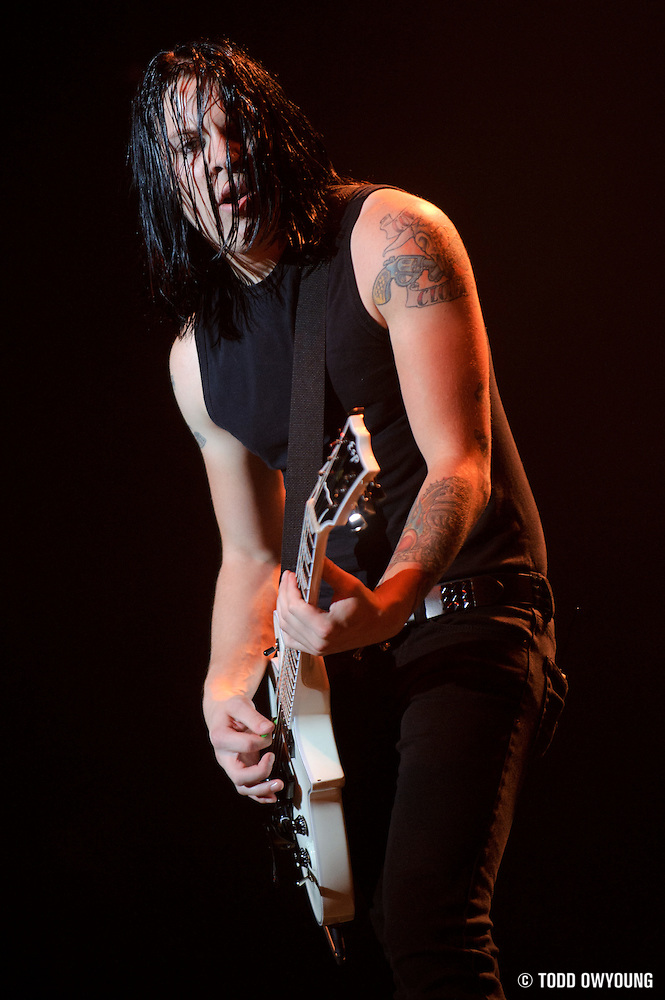 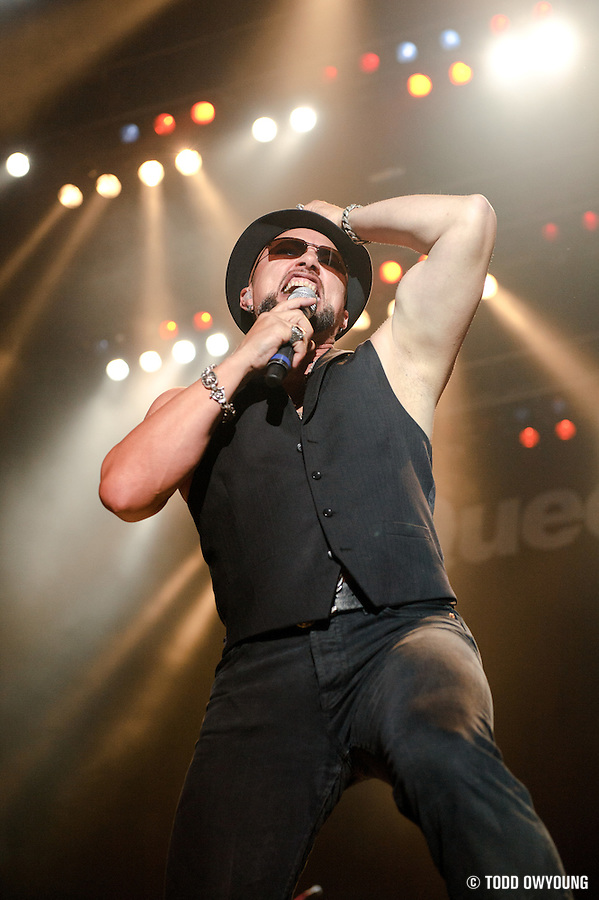 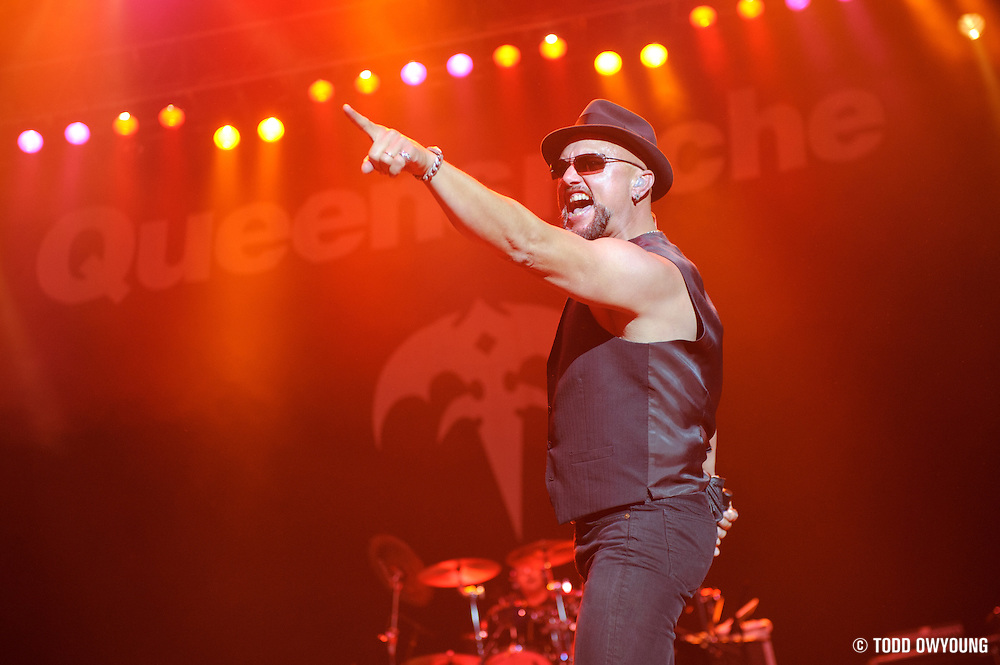 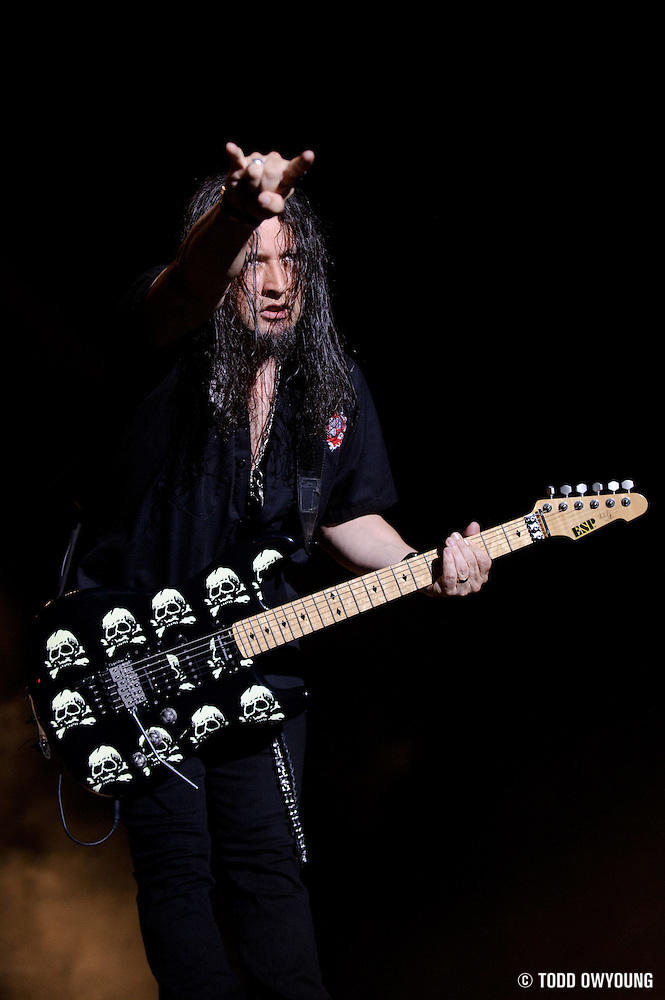 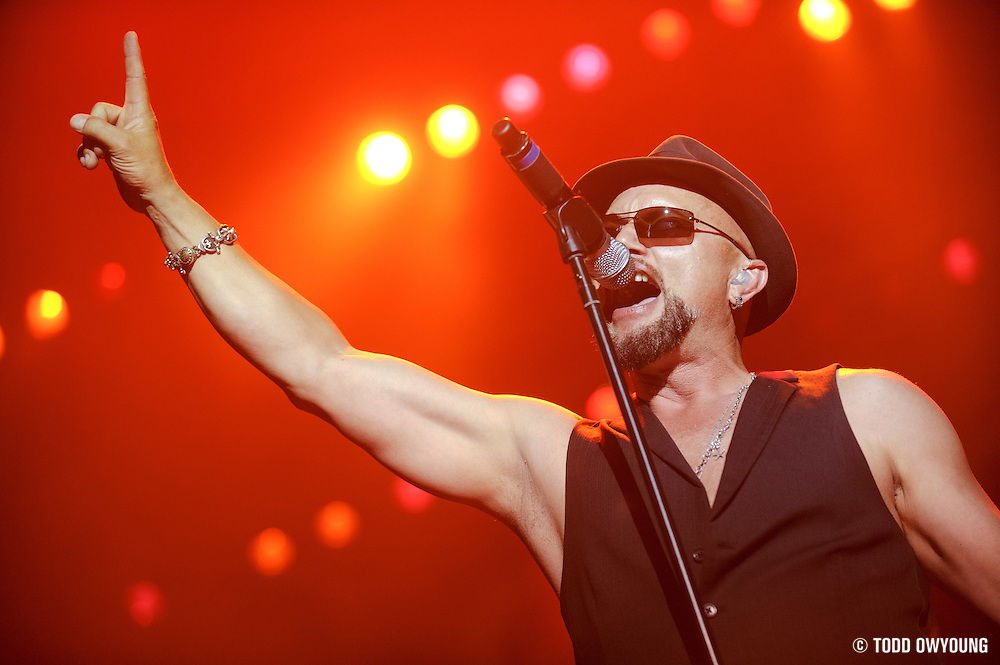 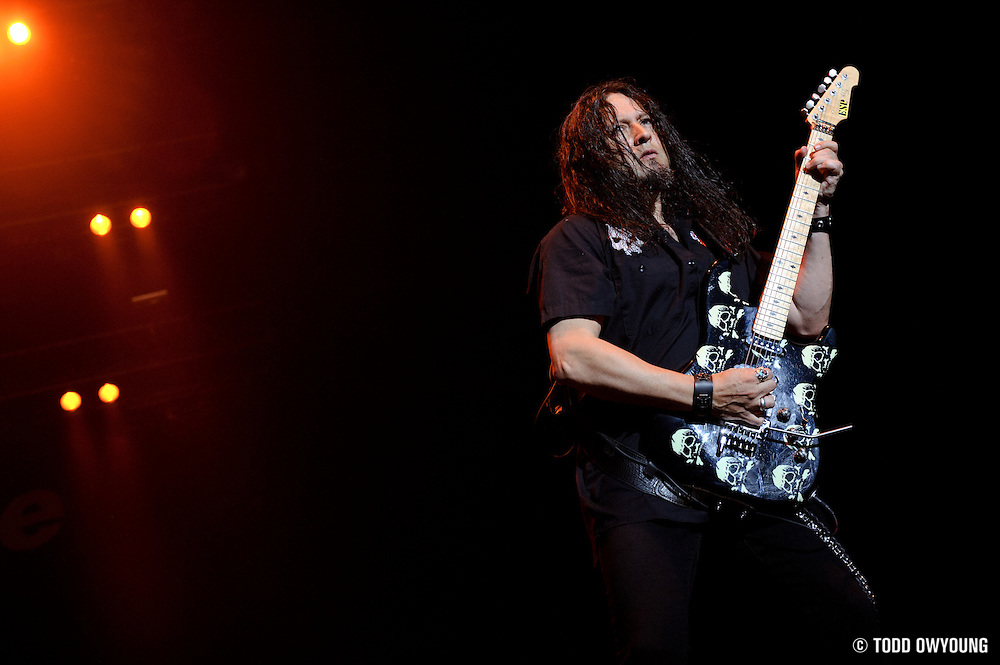 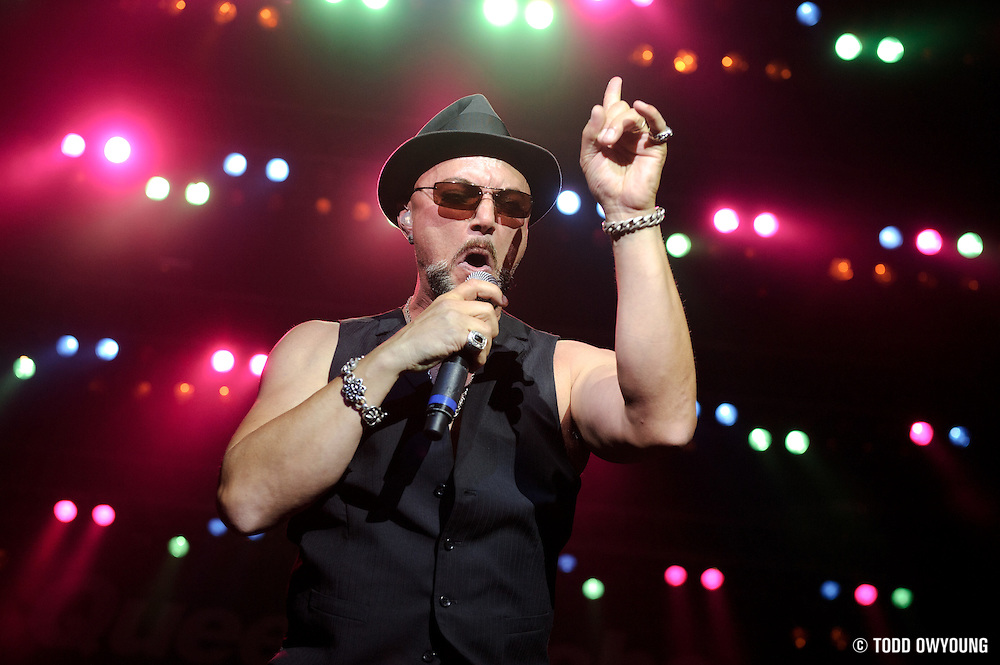 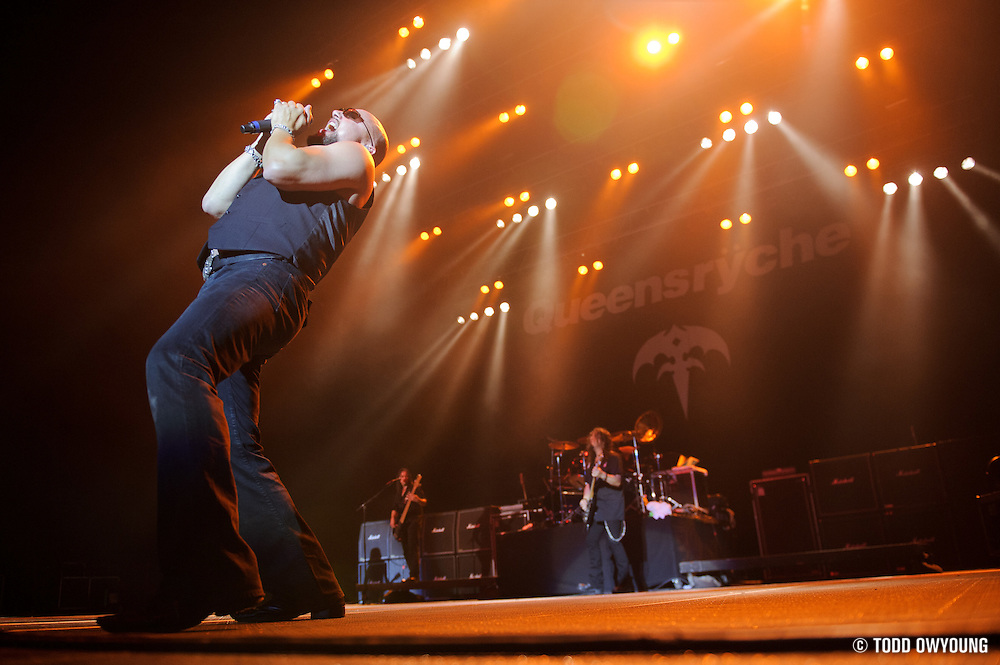 Voice from hell indeed. Singer Geoff Tate was a killer subject and a great way to close out the night. During most of the first three songs, the band played more toward the mid and back of the stage, leaving Tate to rock the vox up close and personal with the crowd.

As I mentioned in the shooting notes for Teslsa, the pit for this festival was segmented, with right and left stretches and no access to the very center of the stage. However, it was possible to shoot from the crowd in with the fans, so that's what I did for Queensryche.

I initially started off stage left, but when I saw roadies from the tour checking the center part of the stage and making sure the bass stacks dividing the photo pit were stable enough to stand on, that was enough of a tip off to me to know that Geoff Tate was going to be getting friendly at the front of the stage.

In situations like this where you have to pick a spot and live with the decision for a song or two (or waste shooting time moving), sometimes it pays to listen to your instinct. I moved to shoot from center stage in with the crowd waited for the show to start.

For me, I think that moving to center stage paid off. I used the Nikon 24-70mm f/2.8 heavily during the first three songs, thanks to Tate's position at the very front of the stage for much of the first three songs. However, the Nikon 70-200mm f/2.8 was also a fantastic lens for this show, allowing for tighter frames of Tate wailing away. Voice from hell indeed.

During the third song, I did move to stage left again, just for a little variety, but Tate is such a compelling subject for a music photographer that I think I could have been quite happy to stay front and center.