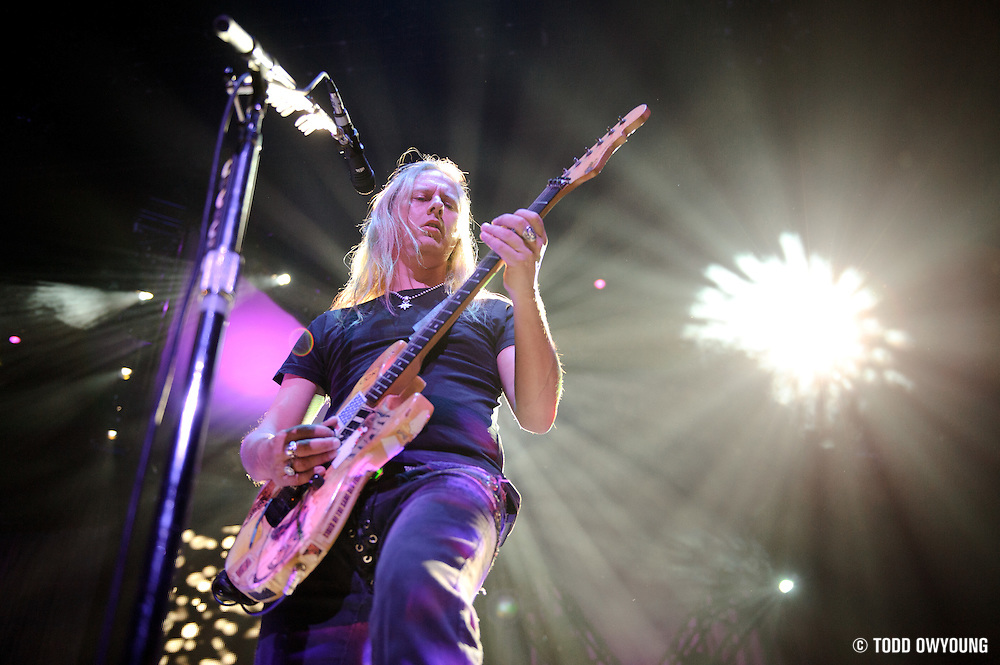 After catching Alice in Chains at the 2,000-capacity Pageant earlier this year, I was very curious as to how the band would transition into an arena show at the Scottrade Center.

As it turned out, the band rocked the big house just as deftly as they did the club, with a big production and the confidence to match. 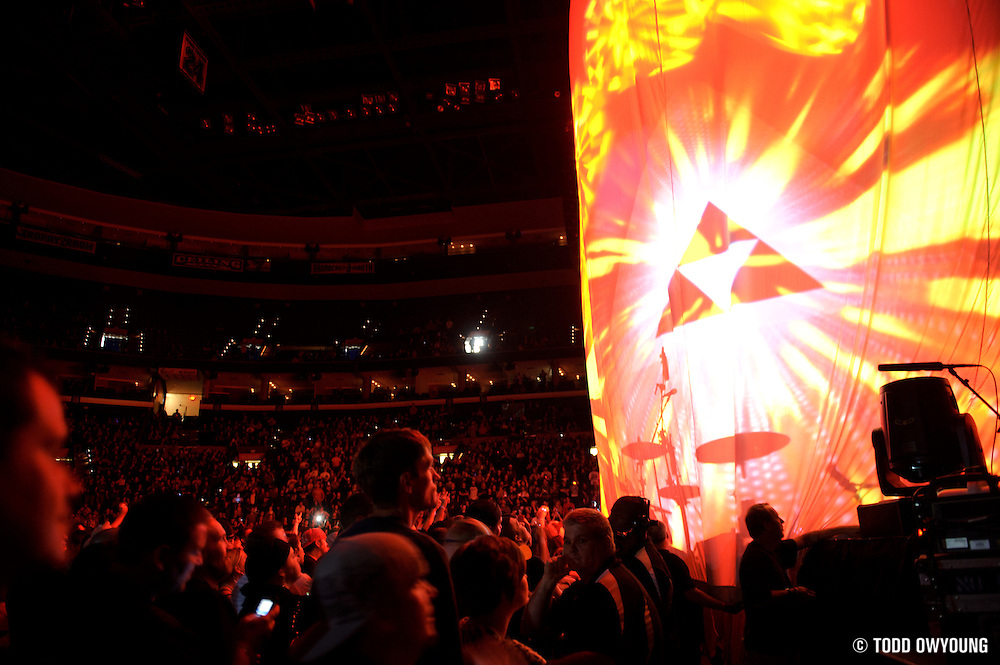 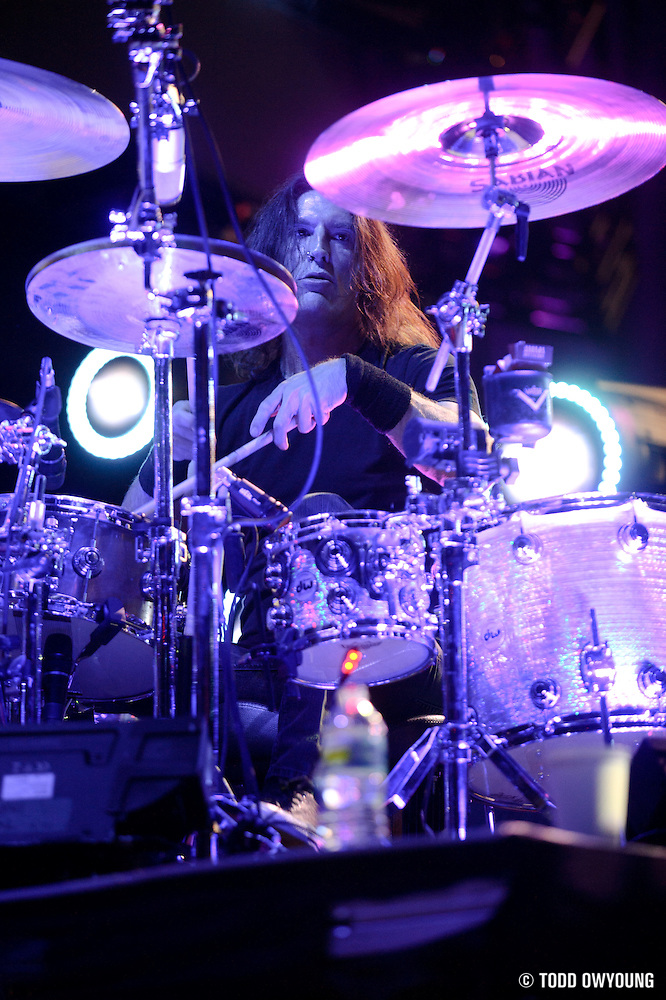 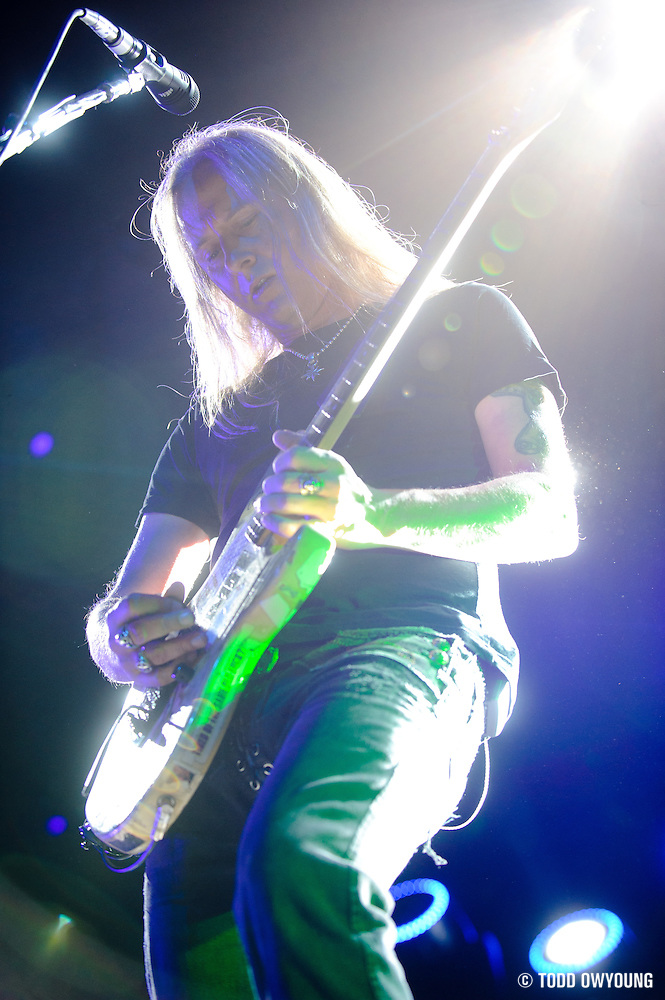 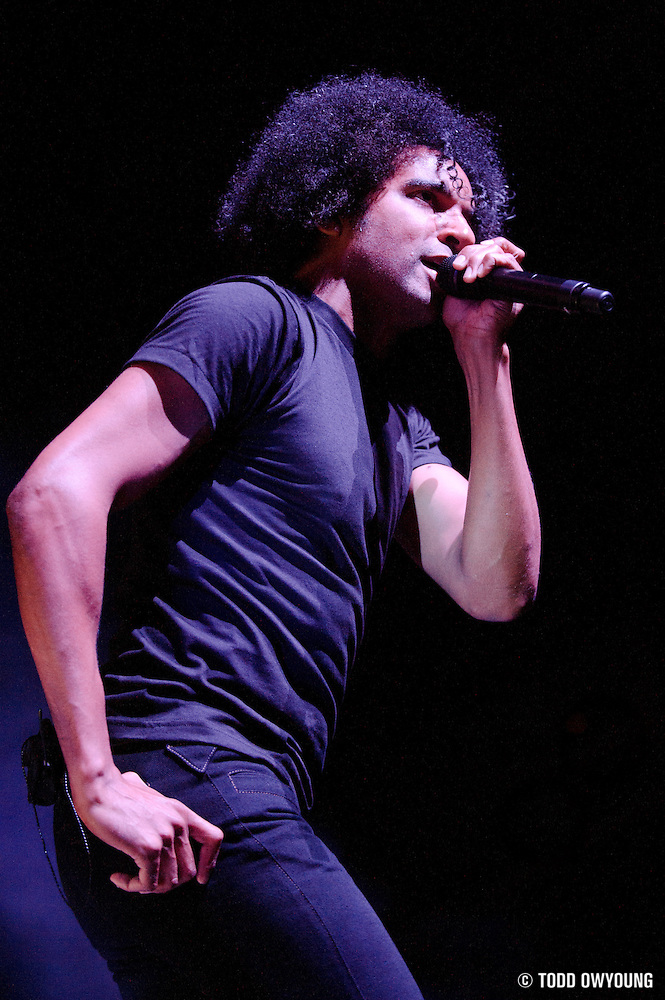 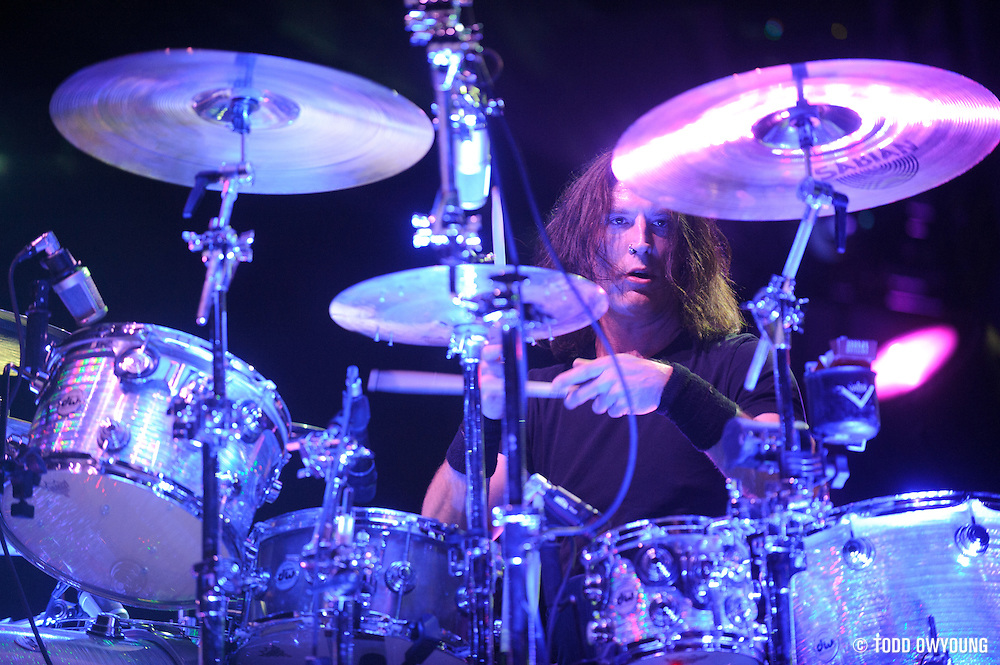 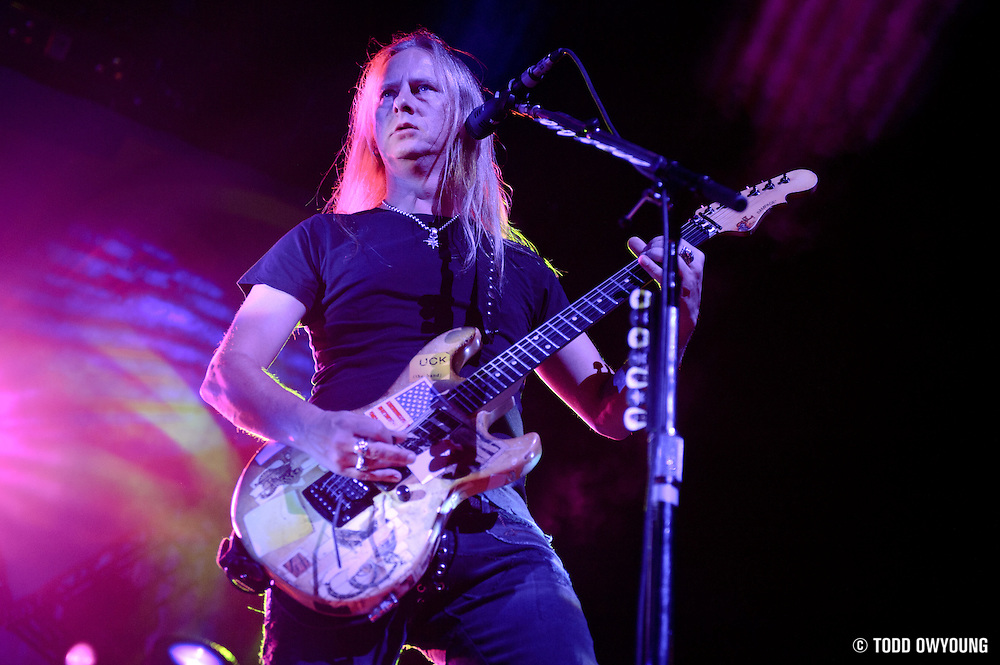 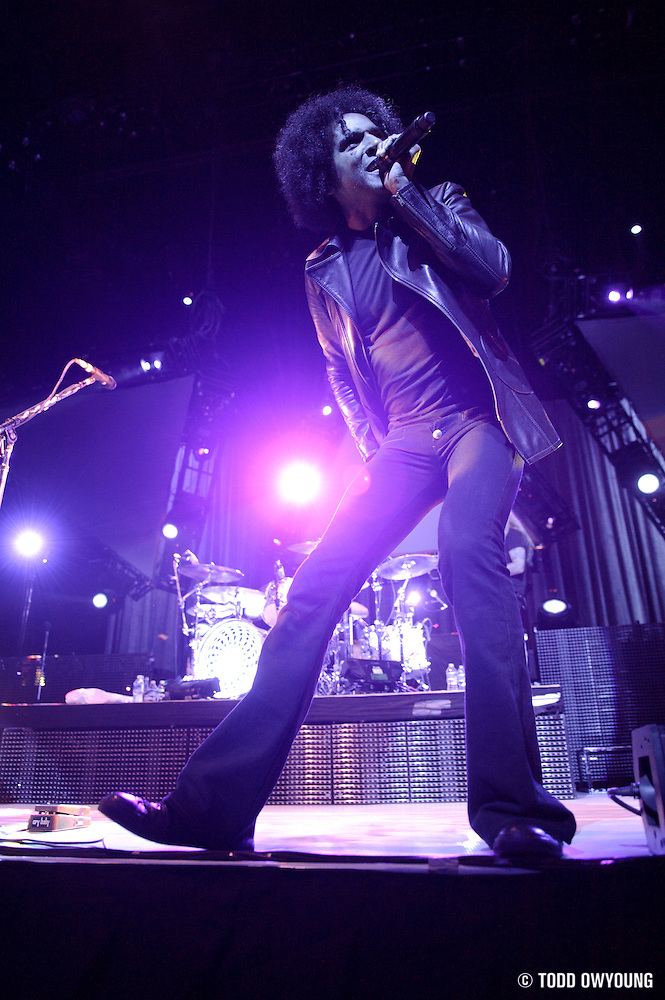 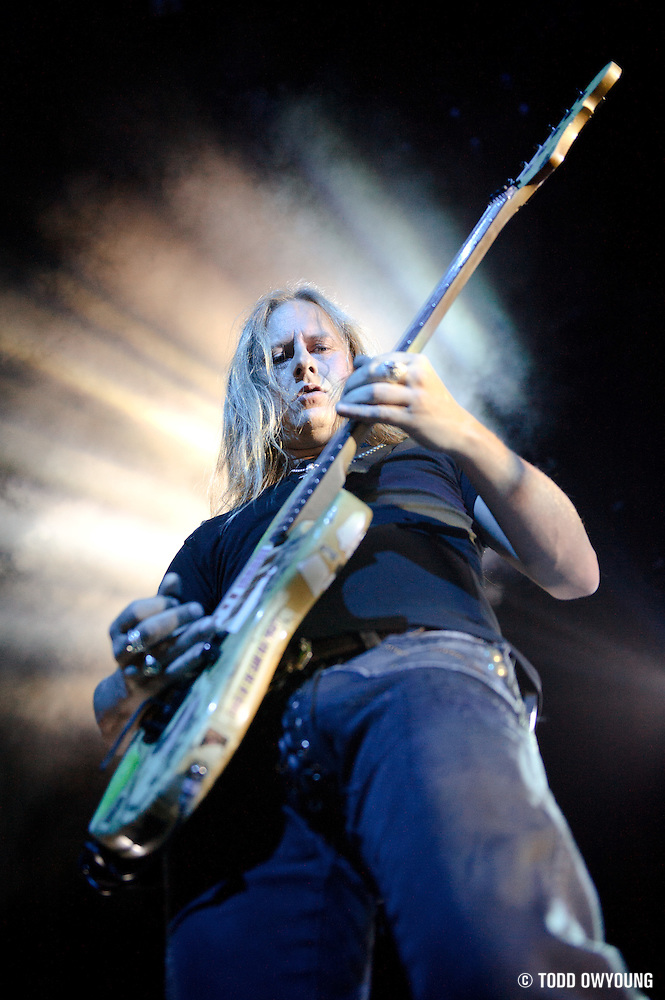 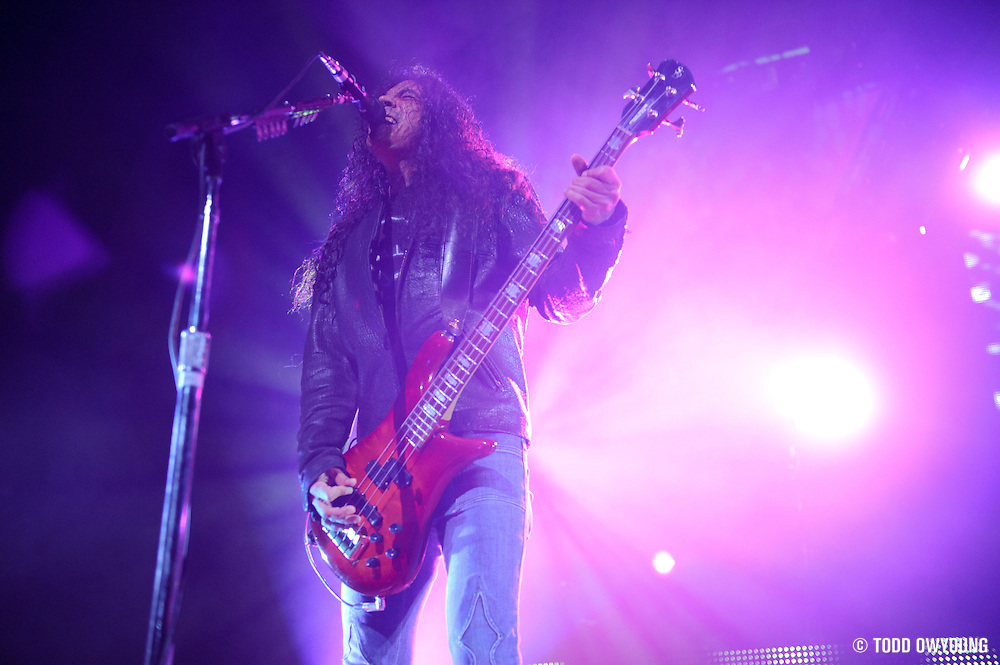 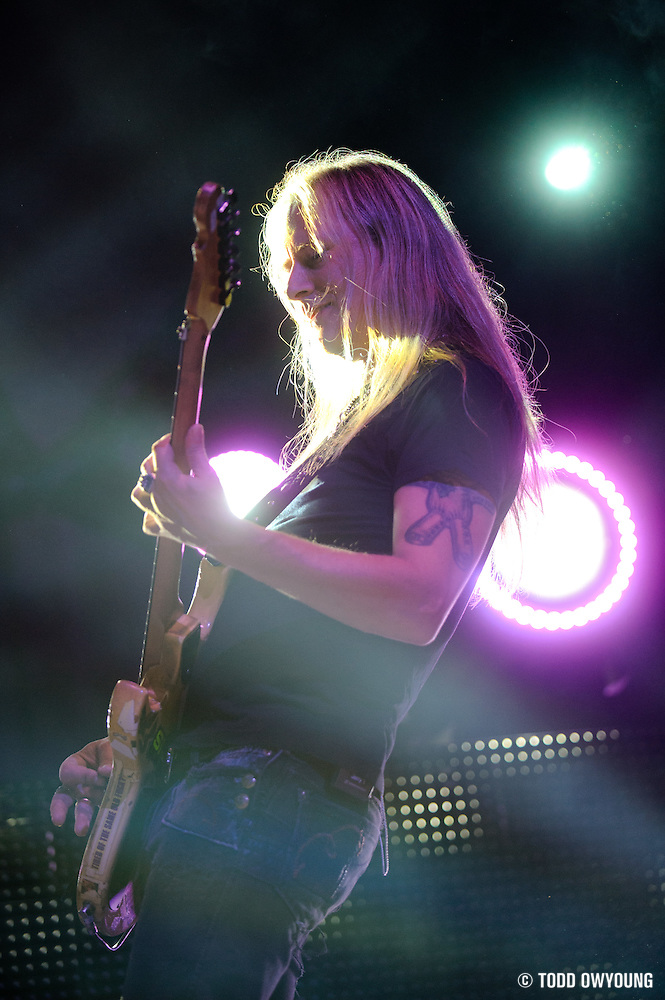 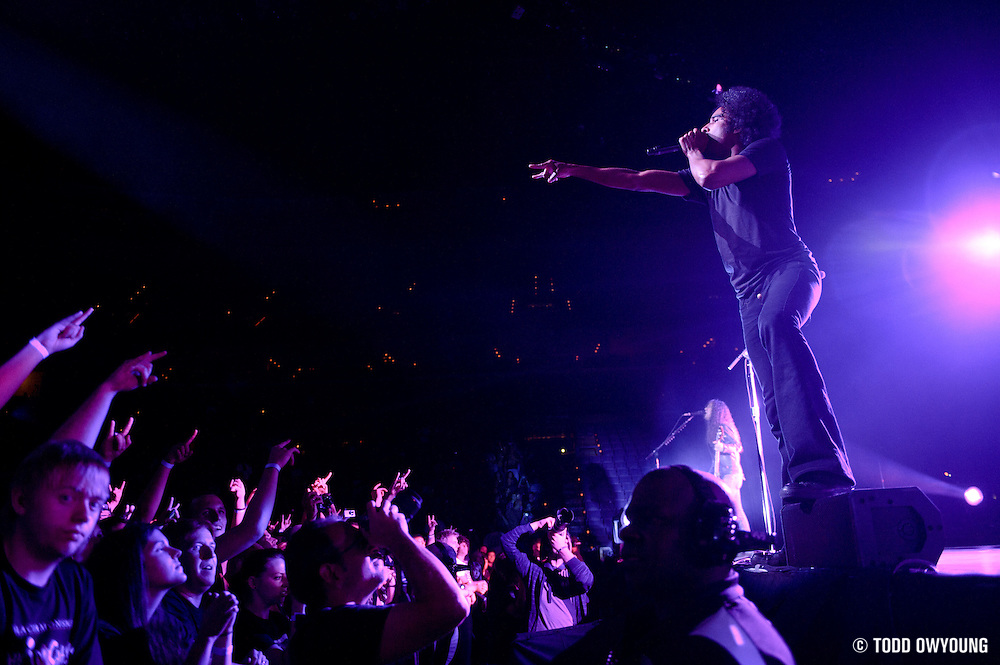 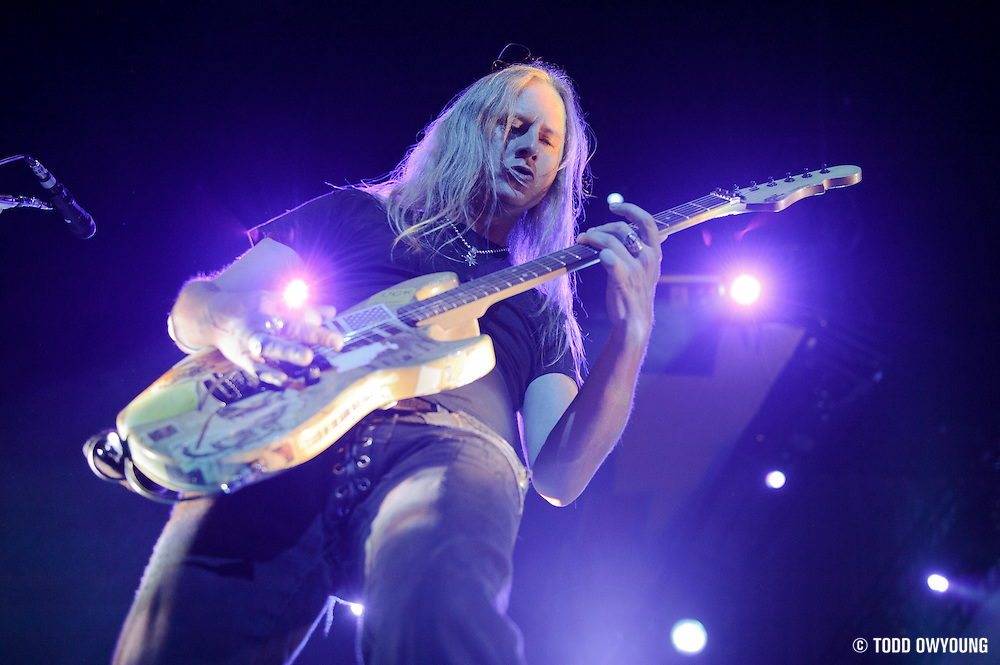 Very, very cool lighting for this show. And by that, I mean the color temperature – not as in the vernacular “neat” or “radical,” though it was that at times, too. Lots of purple-blue lights made for a little challenge, though this sort of LED mix isn't that difficult to meter in comparison to purely red or blue washes.

When there was white light, it was searing hot, base-ISO kind of white light. So if you're shooting this tour, get ready for it in the first song – after that, it was pretty much all blue or purple.

With Alice in Chains performing so soon after their club date at the Pageant, a comparison of the lighting treatments is inevitable. And while the venue of the Scottrade Center has a much larger capacity, for this music photographer, I think that the Pageant show's treatment was far superior.

Not only that, but the more intimate feeling of the club show heightened the intensity of the band on stage. The smaller stage itself, with less room to roam, certainly contributed to this feeling. Naturally, this sense of spaciousness affects photography as well, with more room in between all the performers.

Want to compare how this big arena show compared with the the club tour in early 2010? Check out the photos here and decide – which lighting do you prefer? 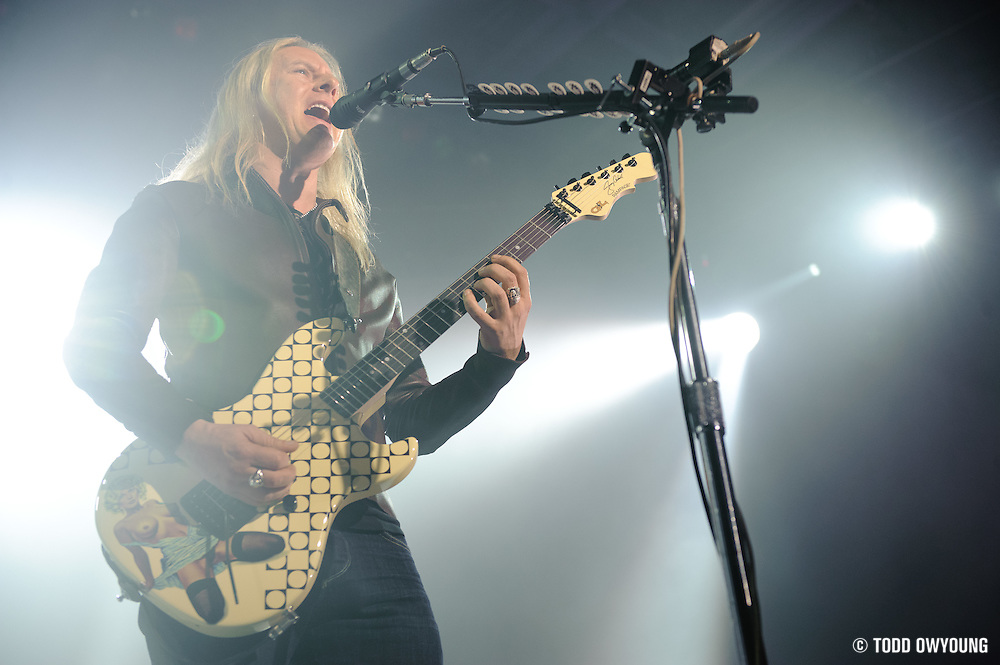