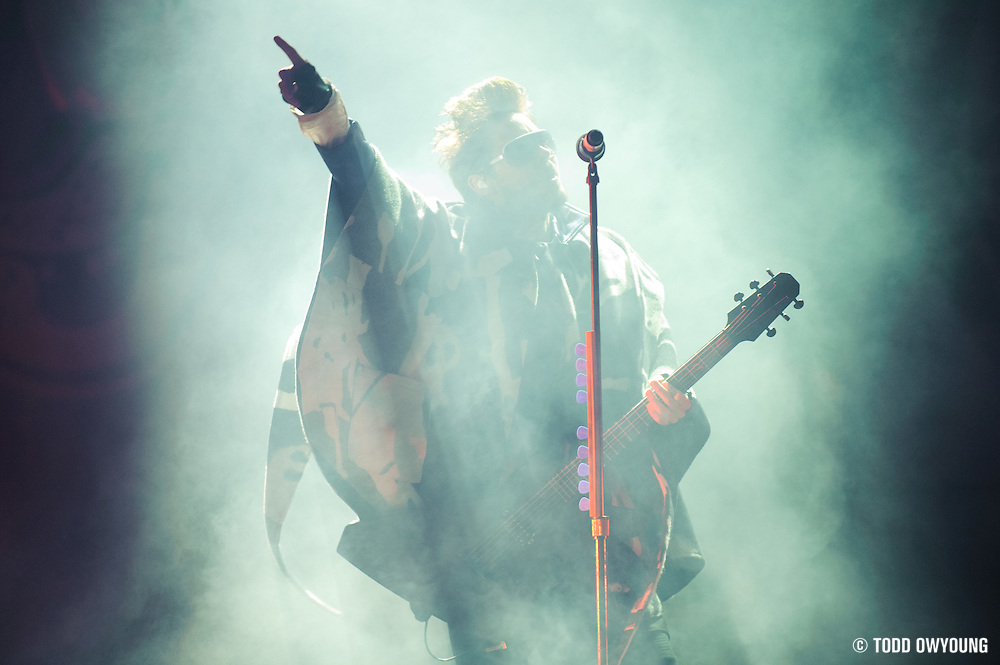 In this 30 Seconds to Mars set, you'll find pretty much just photos of Jared Leto pointing. This isn't a snarky editorial comment. This is fact. 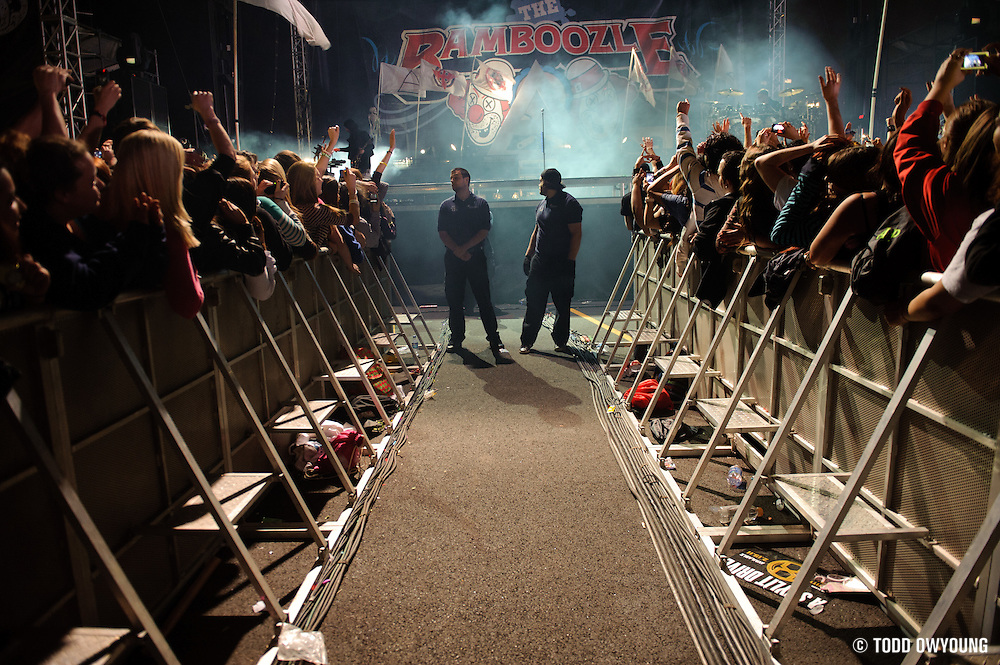 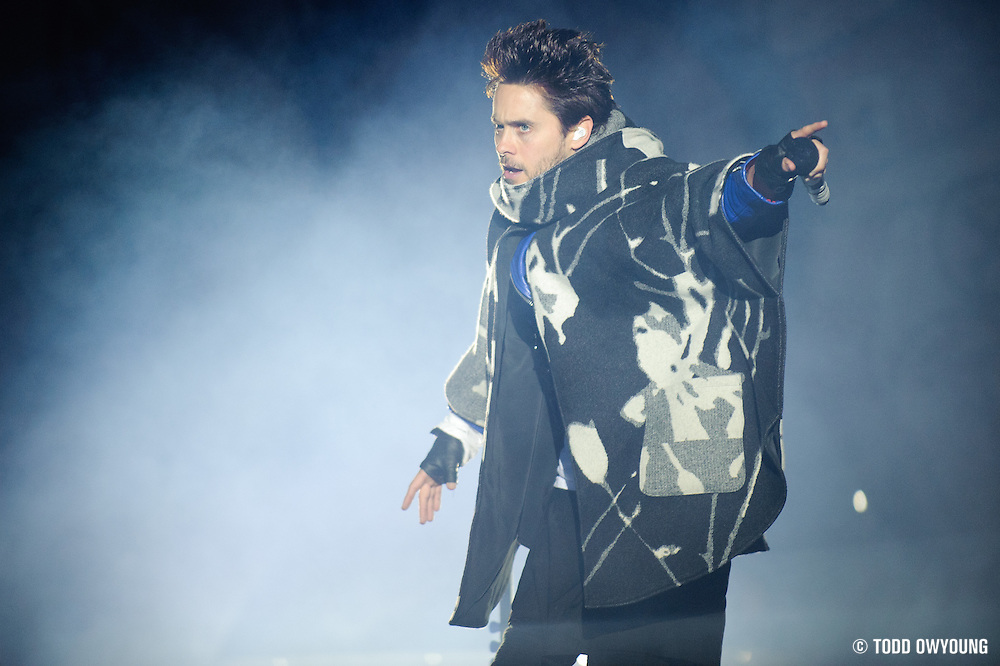 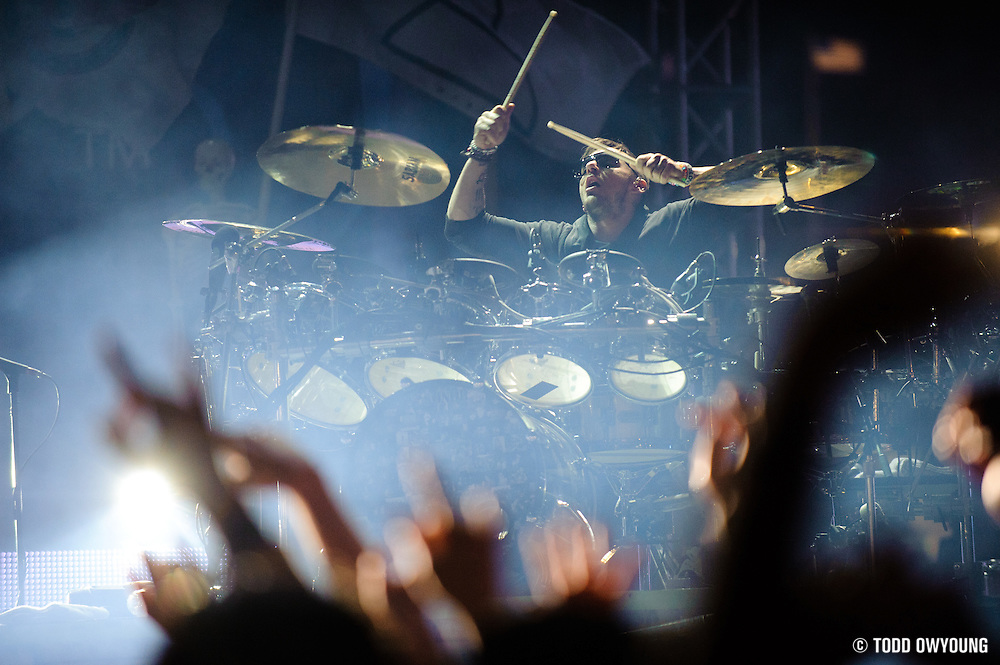 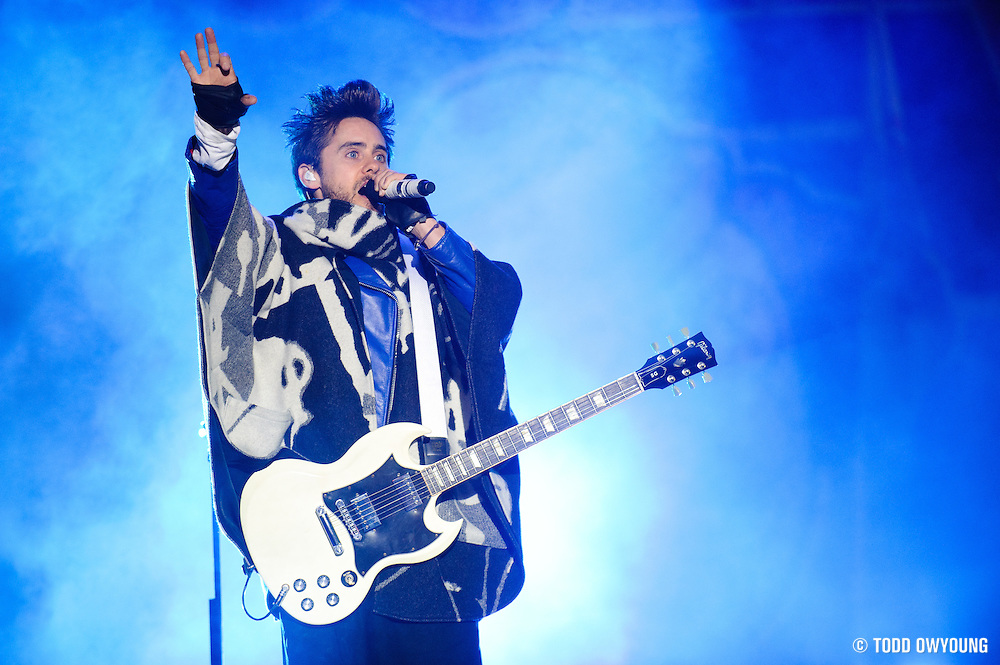 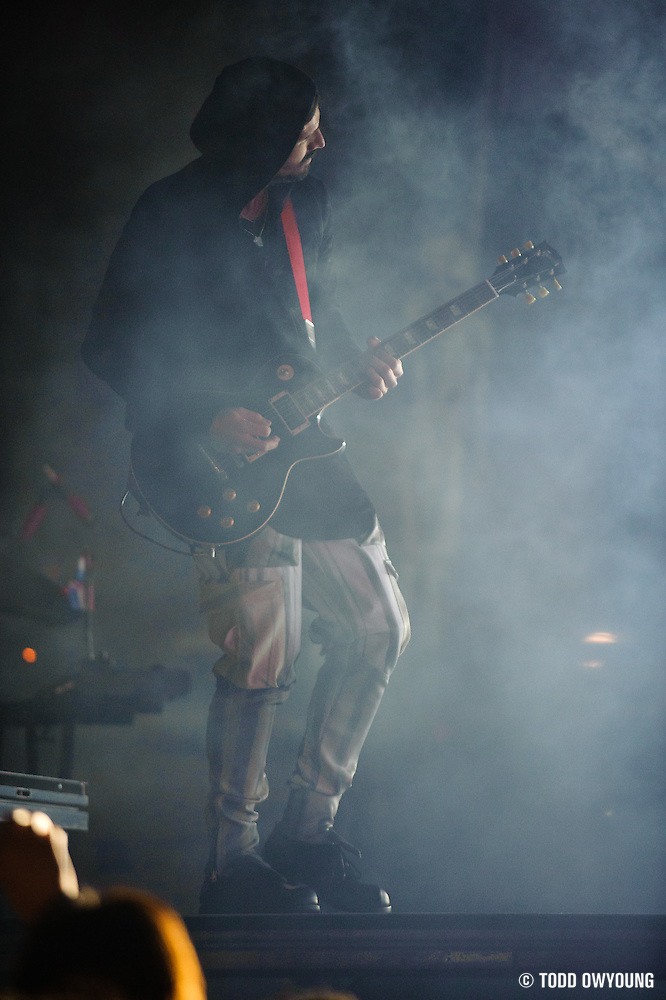 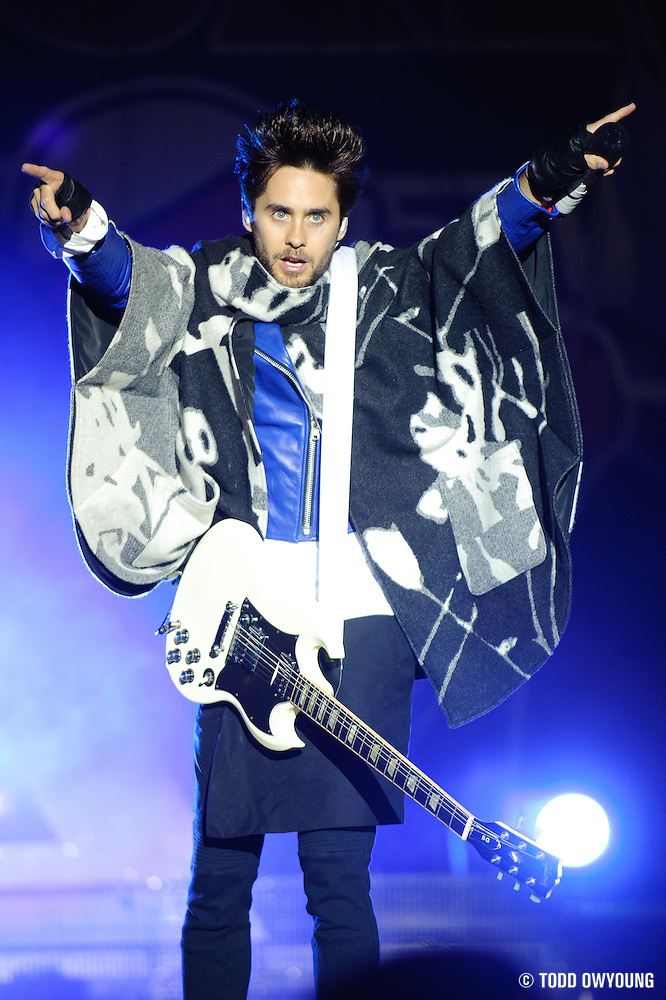 The Friday closer at the Bamboozle 2011, 30 Seconds to Mars, had some of the very best production of the festival, with tons of haze, bright spotlights, and generally great lights overall.

The only catch? A few minutes before showtime, security got the word from 30 Seconds to Mars's tour manager that press photographers had to be halfway between the mixer and the stage. So, aside from Mötley Crüe,, 30STM was the only distance shoot of the festival, which include Lil Wayne as the top bill. The one interesting here is that for Lil Wayne, press were allowed to shoot from the pit even though his normal tours are soundboard shoots.

Still, for all the restrictions, I do have to say that Jared Leto and crew put on a really fun and lively show. Personally, I'm not going to complain about anyone's stage presence who interacts with the crowd as much as Leto does. Pointing photos are always awesome in my book.

One other interesting note about this show, for all the distance restrictions, is that Jared Leto doesn't seem to have anything against photographers. Halfway through the band's third song, there was a big breakdown/pause that seemed to signal the end of the song. So, the press started packing up and leaving the barricade like good little photographers. When Jared Leto saw this, he basically stopped what he was doing and said something to the effect of, “Whoa, hey guys, the third song isn't over yet! Where are you going?”

Needless to say, this was a little surprising for a band that required photographers to stand back near the soundboard.

I would have loved to shoot 30 Seconds to Mars from the normal pit area because Jared Leto is just a blast to shoot, not to mention the band had some of the best stage effects of the festival.