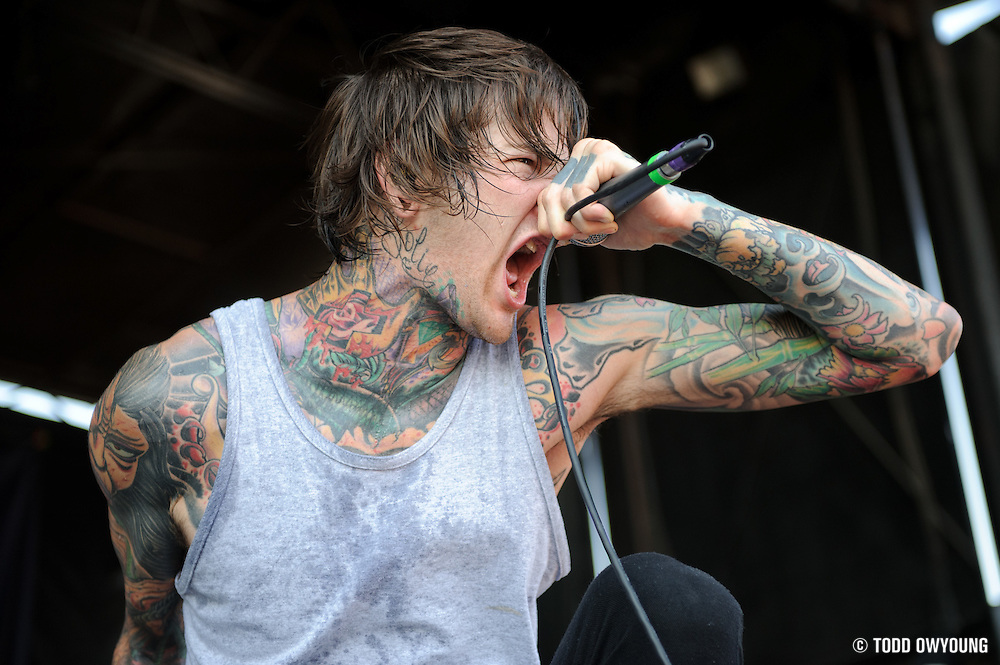 The last time I caught Suicide Silence, they were opening up for Megadeth. And while the lineup had changed and shuffled, Suicide Silence found themselves playing before Megadeth once again at Mayhem Fest 2011, among other heavy music heroes like Disturbed, Godsmack and Machine Head.

Still, for all the main stage drawing power, Suicide Silence was the one reason I showed up early to Mayhem. Just as before, the energy the band brought to the stage was infectious and a blast to shoot. 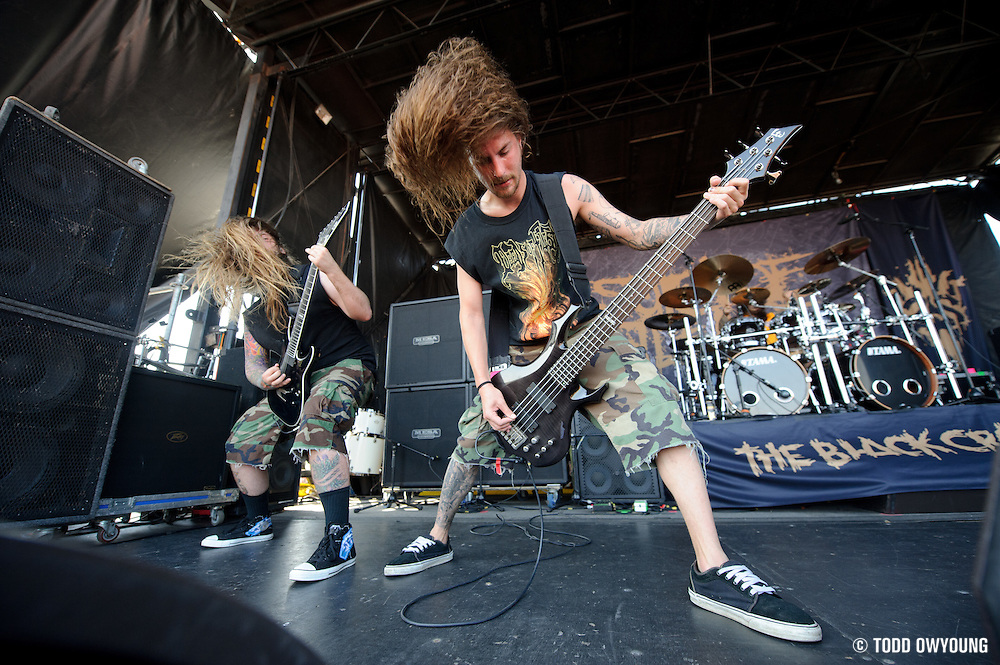 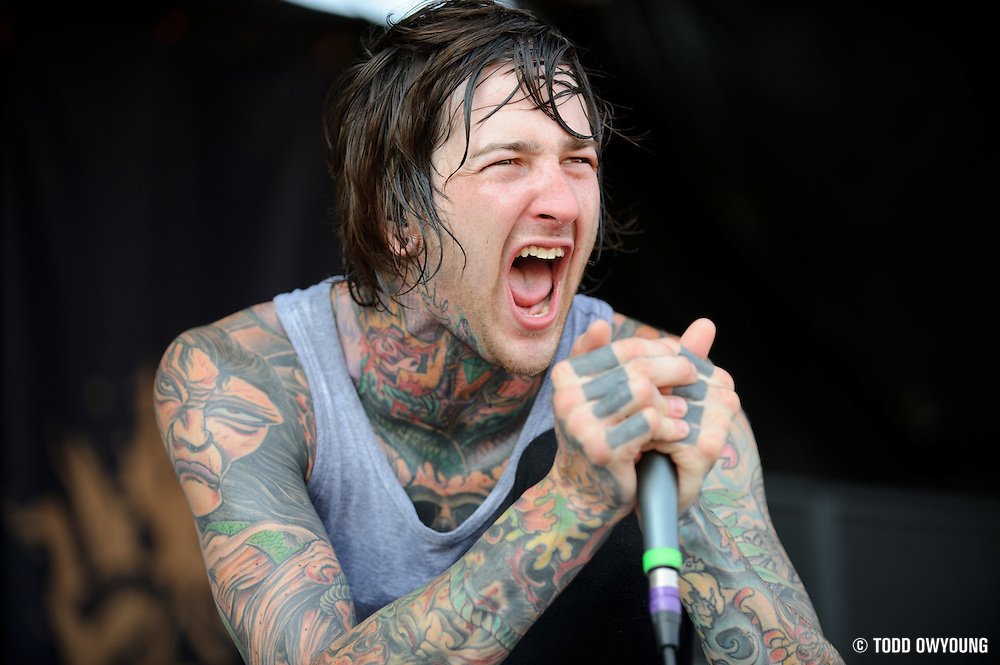 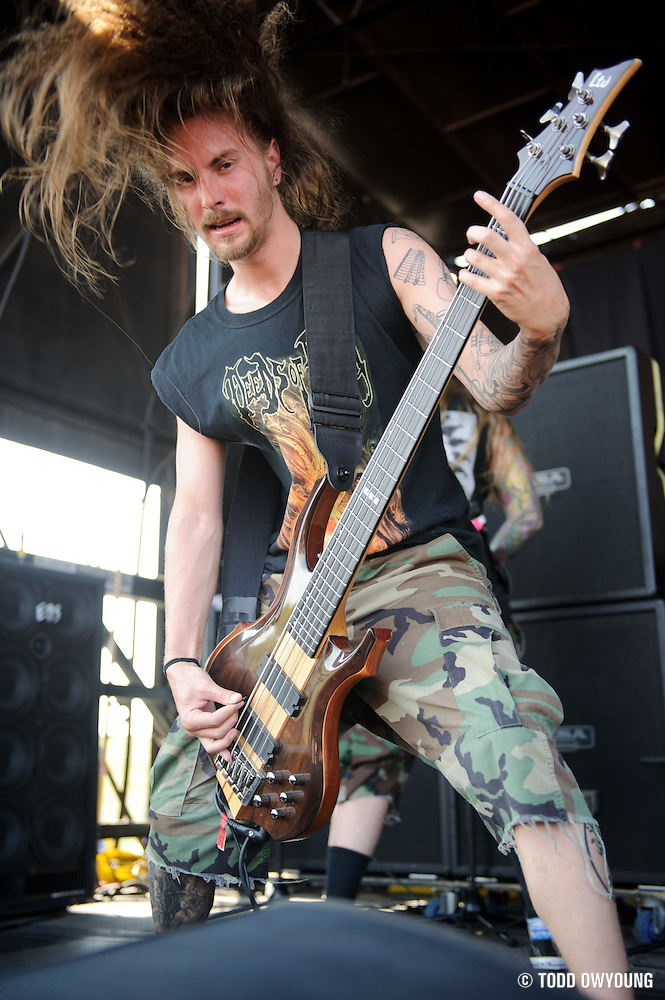 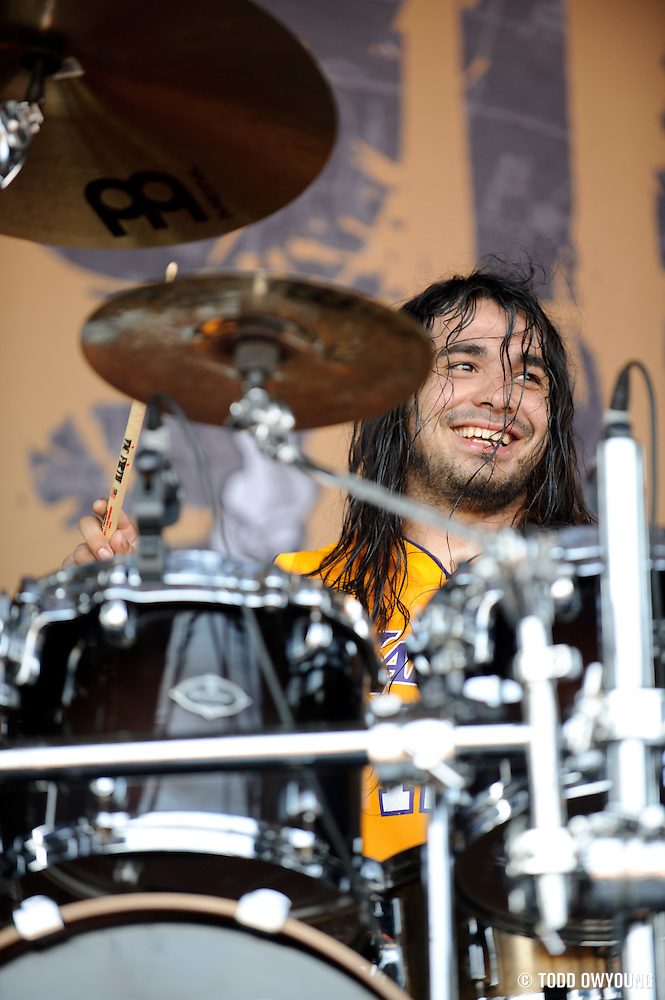 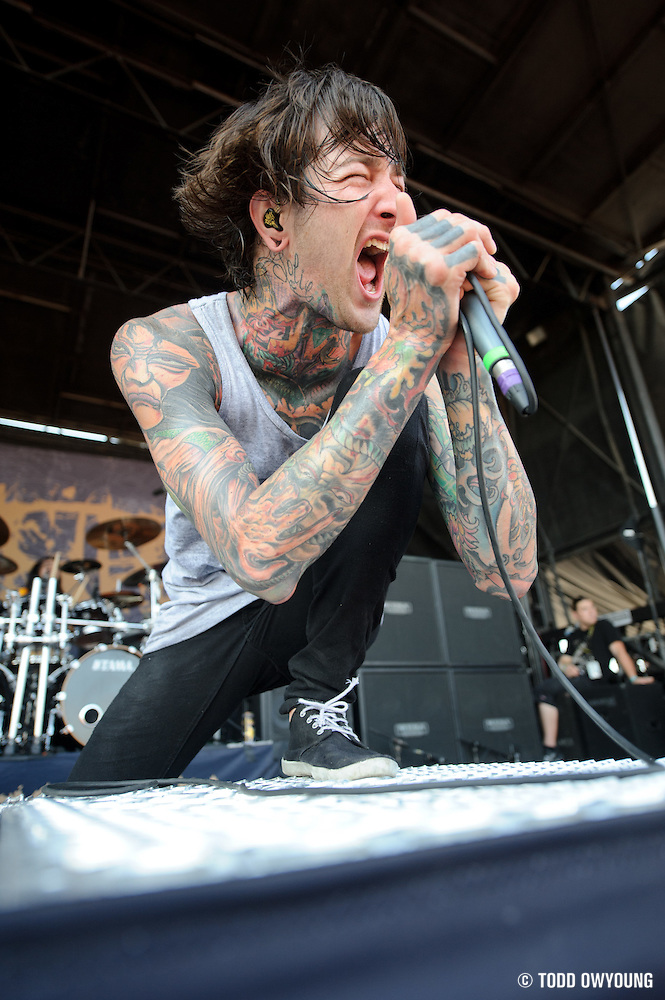 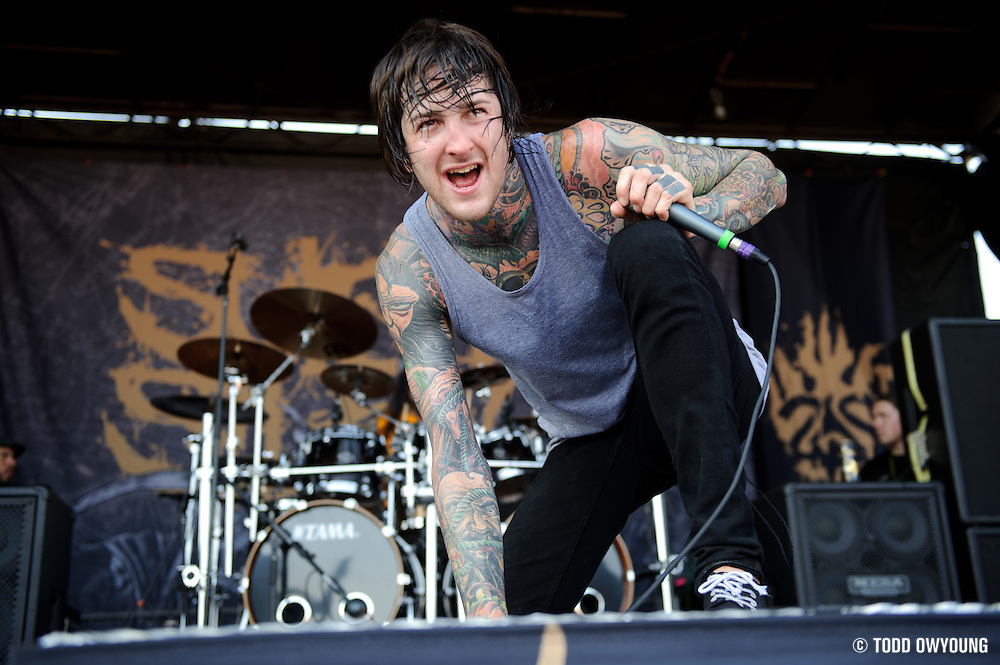 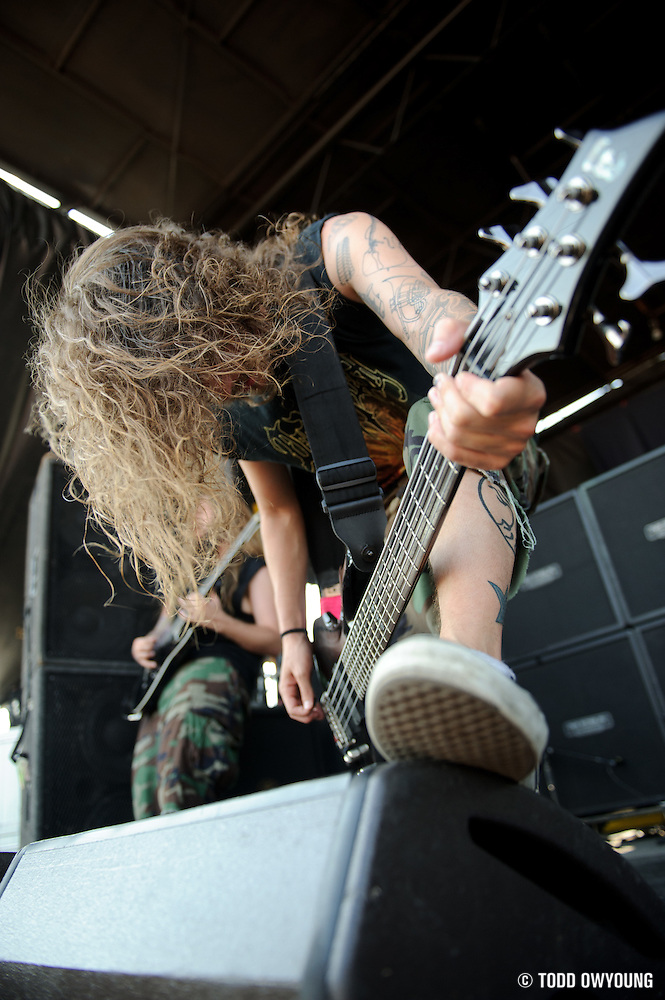 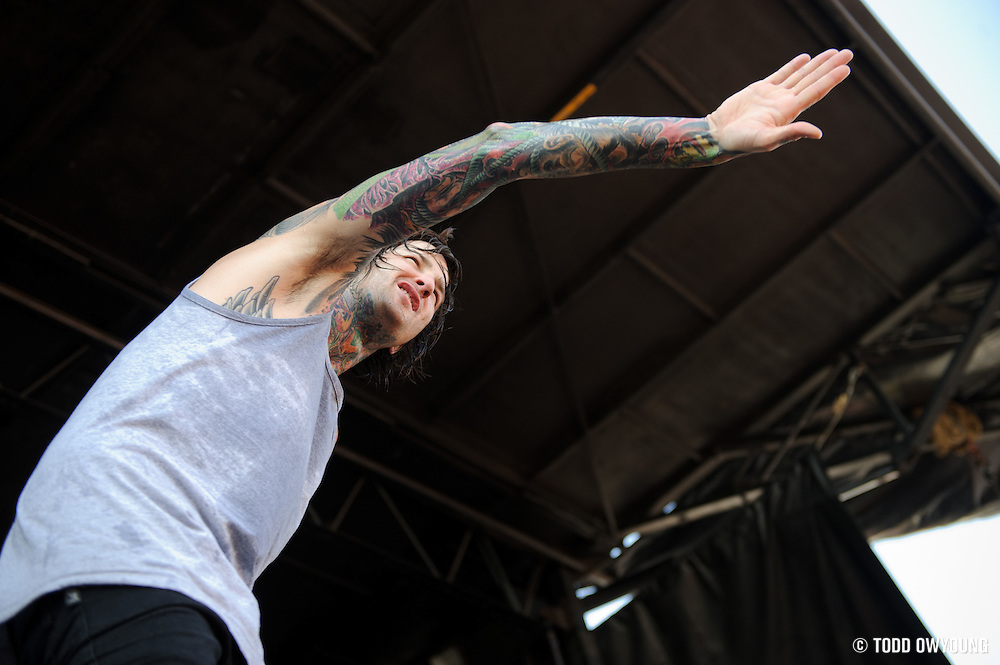 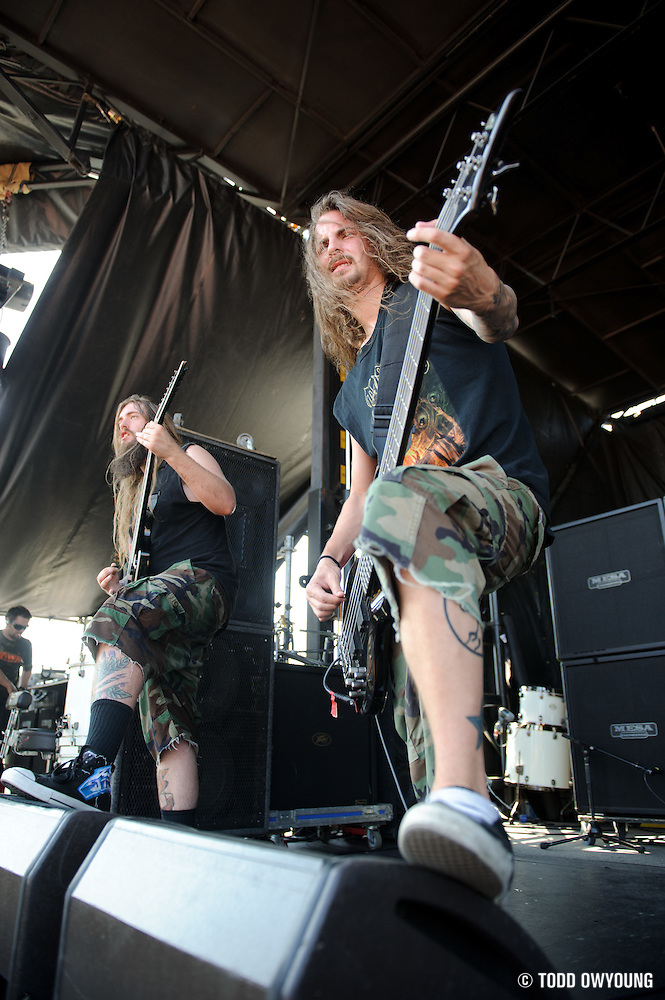 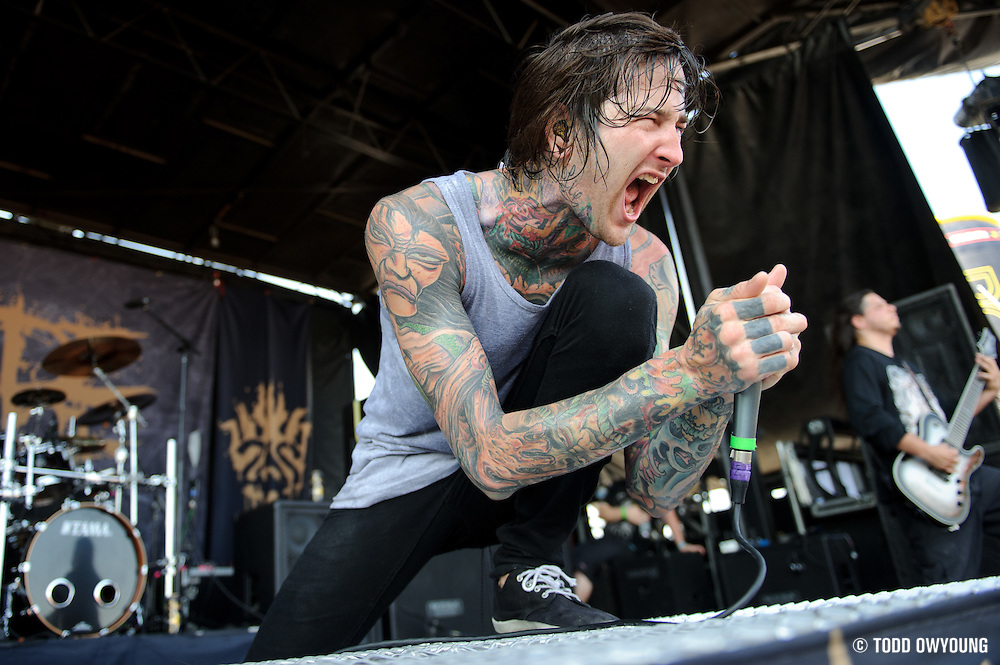 Nothing like a little deathcore to start off a day of shooting. One of the best things about this band is singer Mitch Lurker's intensity of delivery. He's just plain fun to photograph.

Also, Mitch doesn't move around all that much on stage and tends to stick to the same area around his riser. This made it all the easier to try and nail a shot of him delivering vocals, which was a necessary help because his mic style means that most of his face is covered while singing.

This is also one of the few times at Mayhem Fest that I pulled out the Nikon 14-24mm f/2.8 – anyone want to guess which images from this set were shot below 24mm?