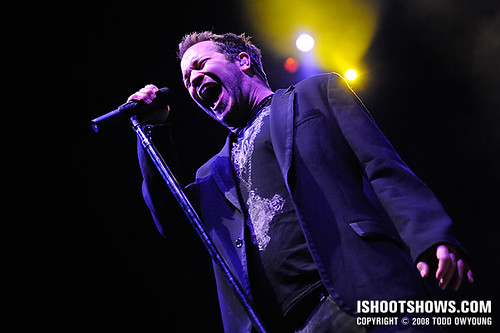 If what came before didn't do the job, it was the triple-threat at the end of the performance that sealed the deal for Finger Eleven as they stormed the Pageant.

Ending their 50-minute set, frontman Scott Anderson led his band through back to back covers of Franz Ferdinand's “Take me Out” and Pink Floyd's “Another Brick in the Wall,” the latter of which had the entire venue singing the classic chorus.

The knockout punch, however, was the deliver of the band's smash hit, “Paralyzer,” from their album Them vs. You vs. Me (2007). 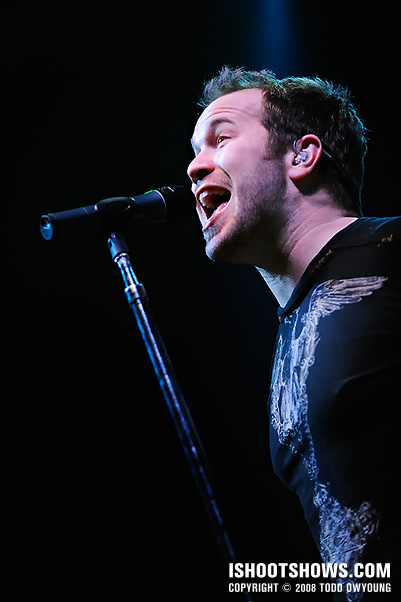 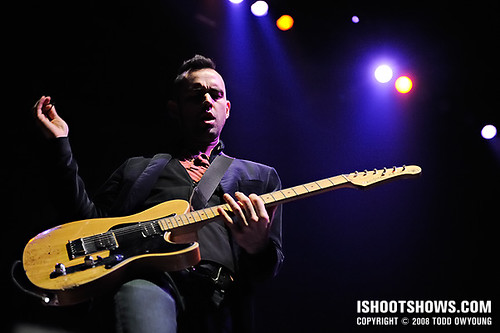 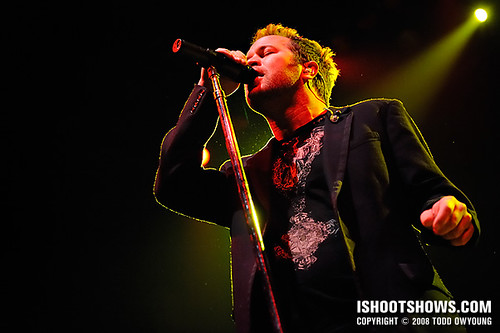 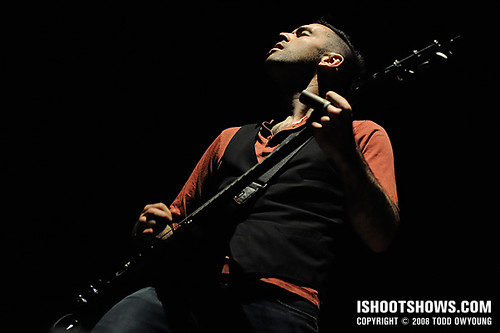 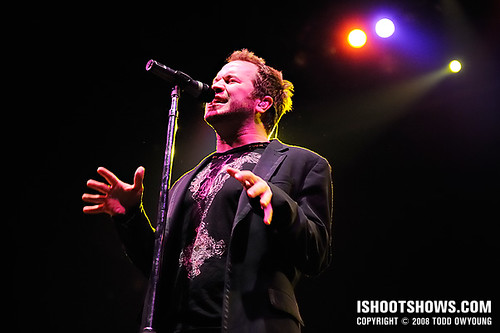 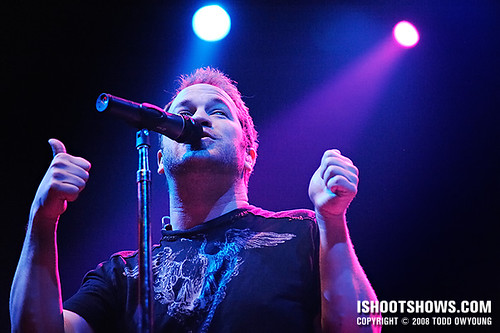 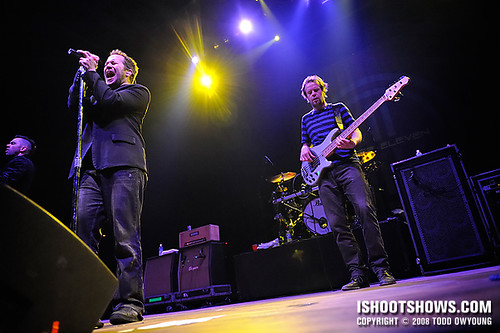 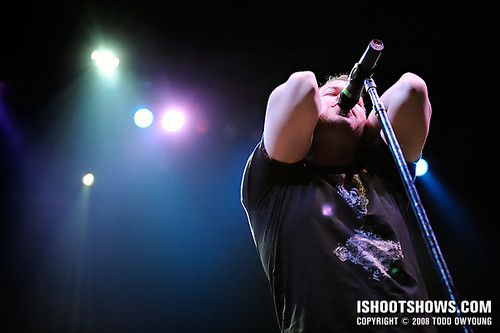 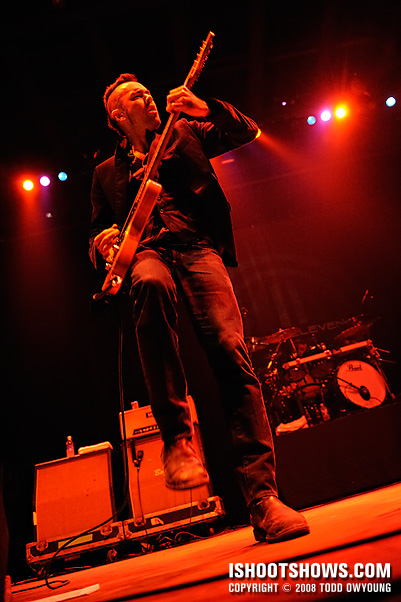 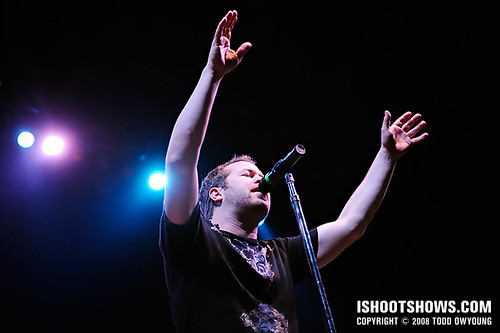 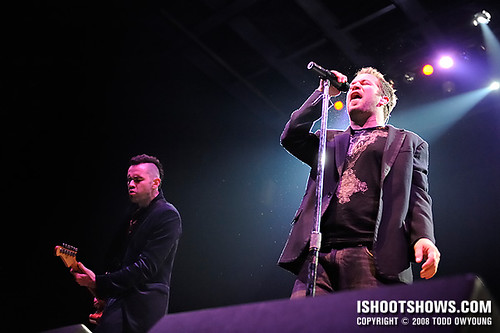 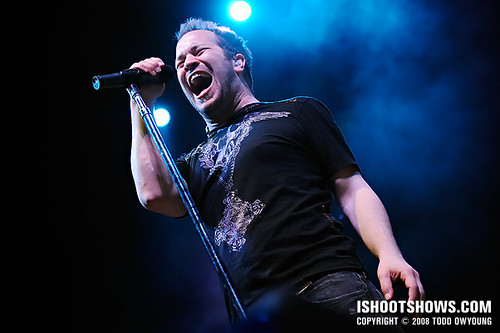 Frontman Scott Anderson belted it out, taking mostly a stationary position at the mic during the first three songs. In contrast, guitarists James Black and Rick Jackett, who flanked the singer on either side of the stage, were in constant motion, thrashing about and truly difficult to track.

At one point, Jackett spun his guitar around by its headstock, whipping the cable before reigning it back to resume with his crunchy riffs.

Overall, it was Anderson's presence on stage that was most captivating to photograph, not to mention that the singer was naturally the best lit of the group.

Given the singer's fairly static position, I was given the luxury of waiting for some of the roving rear lights to create some interesting rim lighting on several occasions.

This set saw lots of blue backlighting with strong magenta from the front. Alternate schemes included a reddish-orange mix from the front. Yellow, white, and magenta lights from the back also punctuated the first three songs.

Overall, there was much less light on the sides of the stage and even less on drummer Rich Beddoe. Anderson saw the lion's share of the bright light.

A big thanks to Steve and Wind-Up Records for setting up credentials at the last minute. Steve hooked it all up and even followed up via phone. How many publicists do that these days?