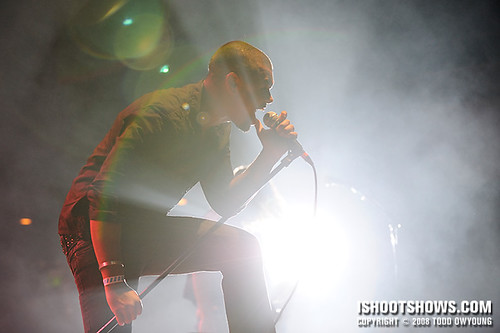 October 4, 2008 – Returning to the Pageant after a year's absence, the Upright Animals exploded out of the gate, making it clear to their fans: their faces were about to be rocked.

The St. Louis quintet wasted no time in their tight, 40-minute set, ripping into “Taking The Sun From Our Days,” the epic single from their debut album, Scams.

Frontman Jamie Irwin lead the assault, dominating the mic with his polished howls and fiery croons. On either side of the singer, brothers Jim and Ben Peters laid down the double guitar, alternating between spaced out riffs and fiery attacks.

At the back of the stage, Jeff Hall on drums and Bill Newmann on bass shored up the rhythm section with slamming performances.

The Upright Animals are currently working on their follow up to Scams, due out in 2009. 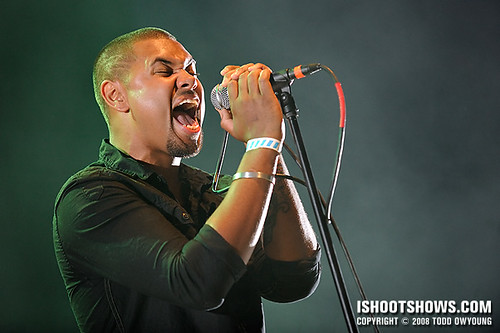 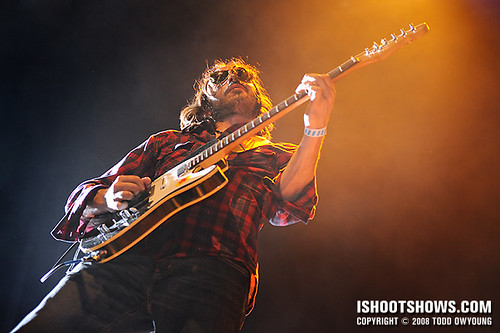 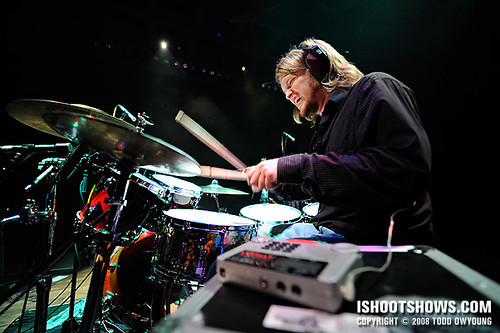 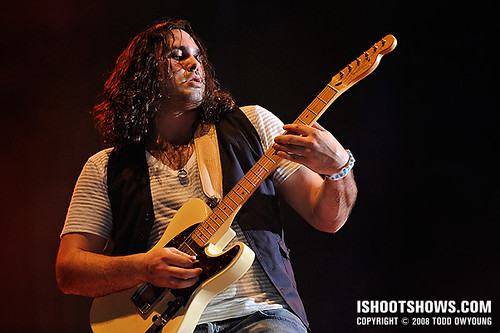 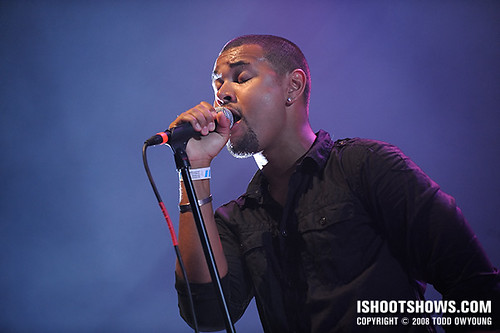 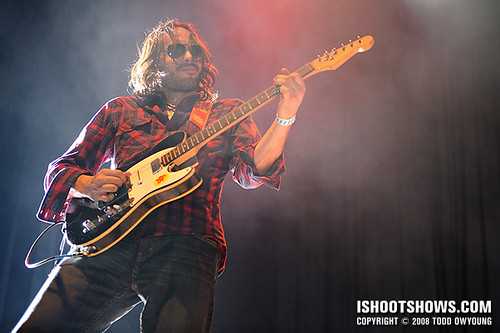 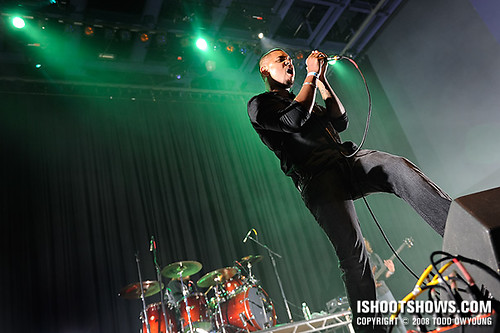 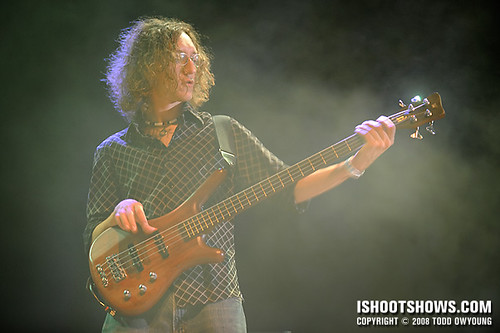 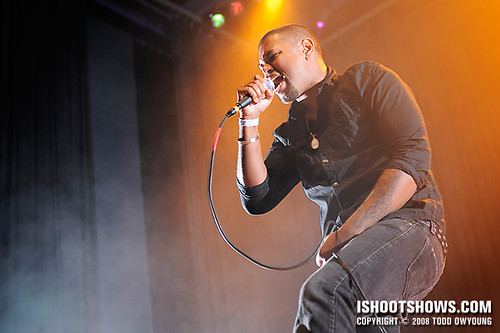 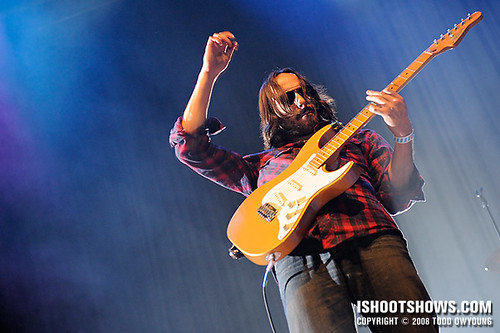 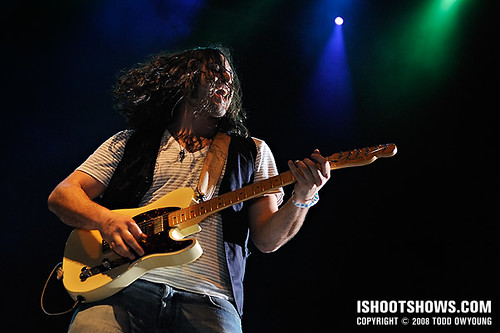 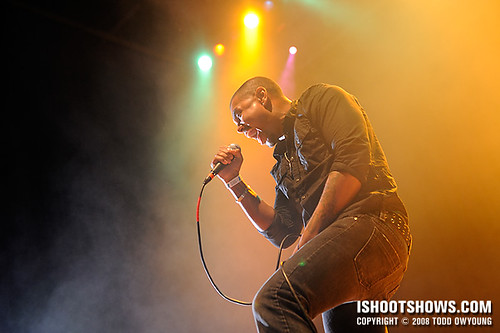 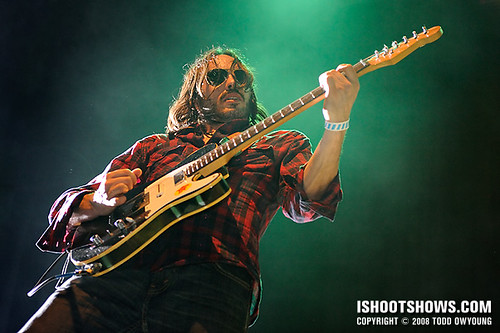 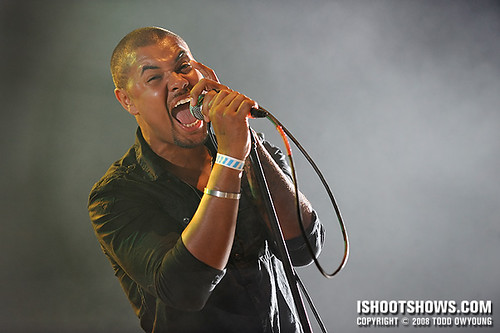 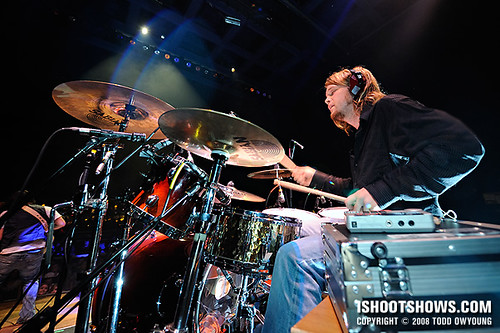 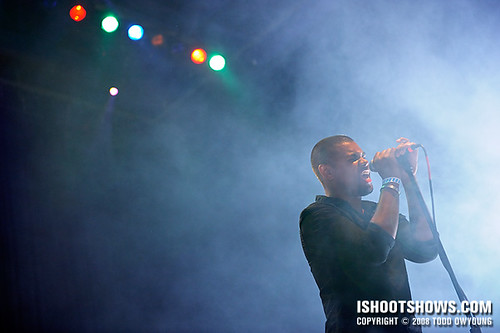 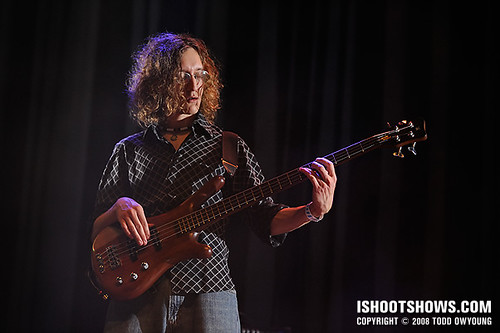 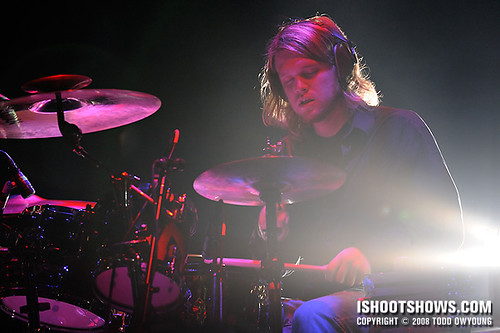 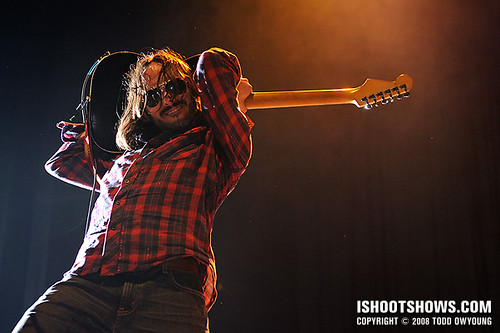 Despite being a hectic shoot, the Animals' performance was a blast to photograph, and I loved seeing these guys in top form. They tore the roof off the Pageant.

There was no pit for this show, so I shot from the crowd for most of the set, taking the stage twice to pick up shots of drummer Jeff Hall. I was generally able to move around to a fair degree, so shooting from the second row only ruled out clean shots with the 14-24mm.

Photographing this show for the band, I had an all access pass for this event and was able to set up flashes in between set changes. I used three SB-600s and one SB-800 on-stage, using the Nikon SB-900 as the on-camera commander.

Upgrading from the SB-800, the SB-900 is a tremendous improvement in interface design and makes changing flash power on the fly a breeze by comparison.

Due to the use of flash, I only used one body for this shoot instead of the normal two, opting to go with the D3. The 24-70mm and 70-200mm zooms were used for the majority of the shoot, with the 14-24mm only coming out for drummer shots.

A big thanks and shout out to Chris Weiss, who assisted me on this shoot.

I'll be doing a promo shoot with the Upright Animals next weekend, so stay tuned for those shots.