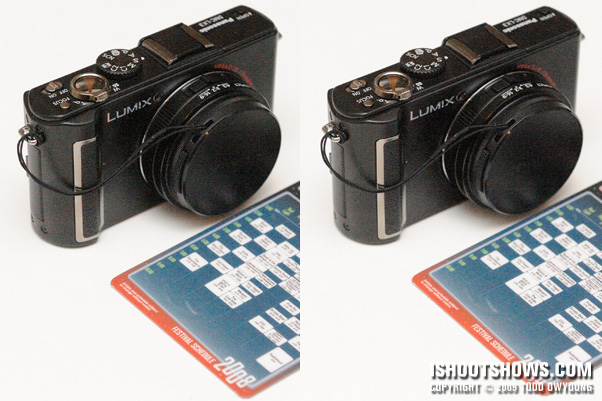 Can you tell the difference between an image shot natively at ISO 12800 and one underexposed at ISO 6400 and pushed +1EV in post?

The common assertion is that an image with software-applied “gain” should be inferior to the image with in-camera processing with regard to noise. And logically, that makes sense. How can an “underexposed” file possibly compete for quality with an image that has been “properly” exposed?

In using the Nikon D3 for concert photography, tweaking the exposure compensation of an image in post is a quick and common adjustment in my work flow. While most of the time adjustments if any are small, larger changes may come into play, whether as outright damage control or by design.

But going back to what logic tells us, isn't this digital “push processing” wrecking havoc on noise levels? I performed a quick test of the D3 to provide some samples for this debate.

Here's the full-frame of the test images: 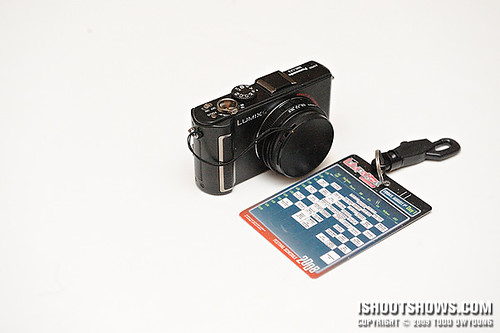 Both images were shot with the Nikon D3 and Nikon 24-70mm f/2.8. The scene was illuminated by an SB-900 mounted on-camera and bounced off the ceiling.

The shutter speed, aperture, and flash output of both shots remained the same; only the ISO was changed between frames, resulting in one-stop underexposure for the ISO 6400 shot at the time of capture.

Both images were processed from RAW in Nikon NX2 with in-camera, high ISO noise reduction disabled. Standard sharpening was applied (level 3) to both images as shot in-camera.

Below are 100% crops from the two files. The sample A crops in both examples were taken from one image, the sample B crops taken from the other. 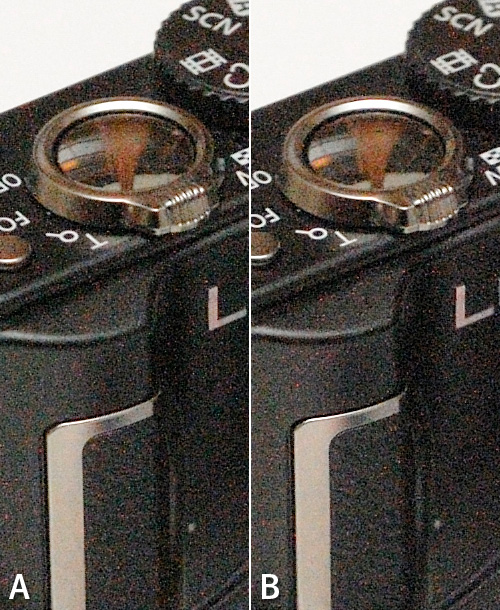 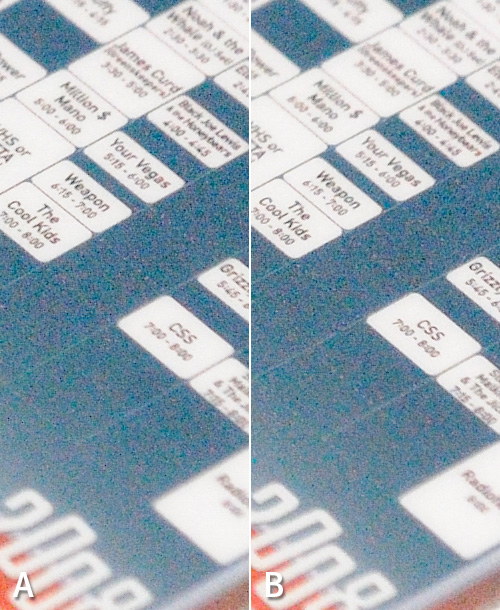 Just for a slightly different take, I've included two samples from the same RAW files, but this time processed with RAW Photo Processor. All settings for RAW conversion remained the same except +1ev to the ISO 6400 file. I always find that RPP has an interesting take on RAW files, rendering with very smooth gradations and a very tight noise pattern. 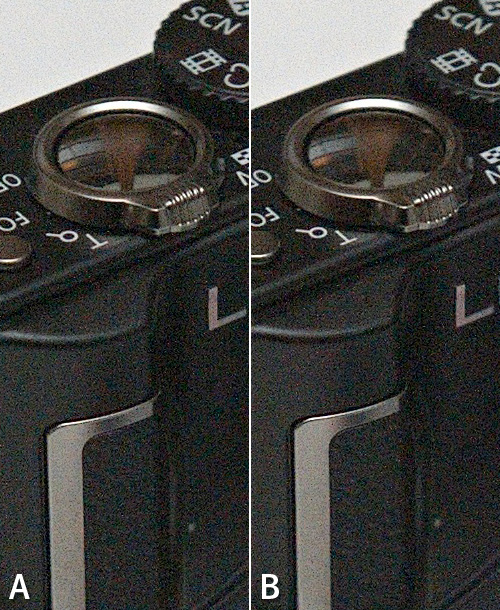 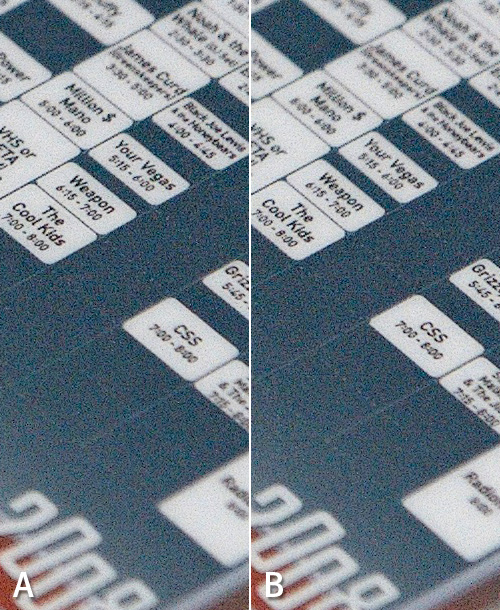 There is a slight shift in focus in the above samples, but this does not affect noise levels.

So, do you want to play? Which sample is from the native ISO 12800 image, and which is from the digitally-pushed ISO 6400 file?

Do you perceive a consistent difference between the images, and if so, which do you prefer?

The results of this test should be taken to be specific to the Nikon D3 and Nikon Capture NX2 software only. Other combinations of cameras and/or RAW software may render different results based on the implementation of gain at high ISO.