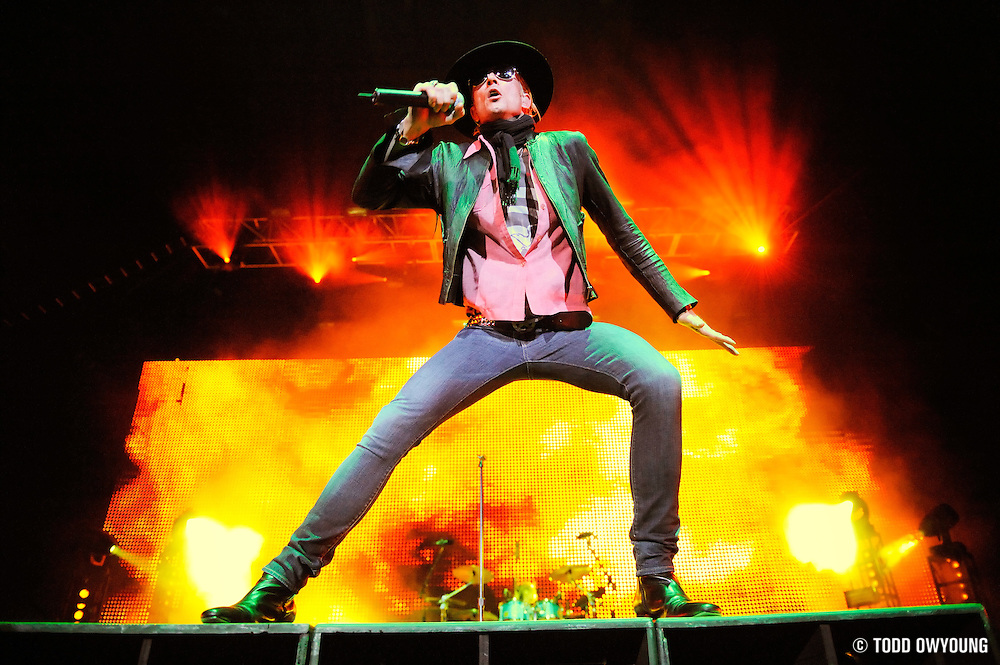 June 8, 2008 – Reuniting five-years after their breakup, Scott Weiland, the DeLeo brothers, and Eric Kretz once again took the stage as Stone Temple Pilots, lighting up the stage with rock star moves and the band's big sound that dominated so much of 90s alternative radio play. 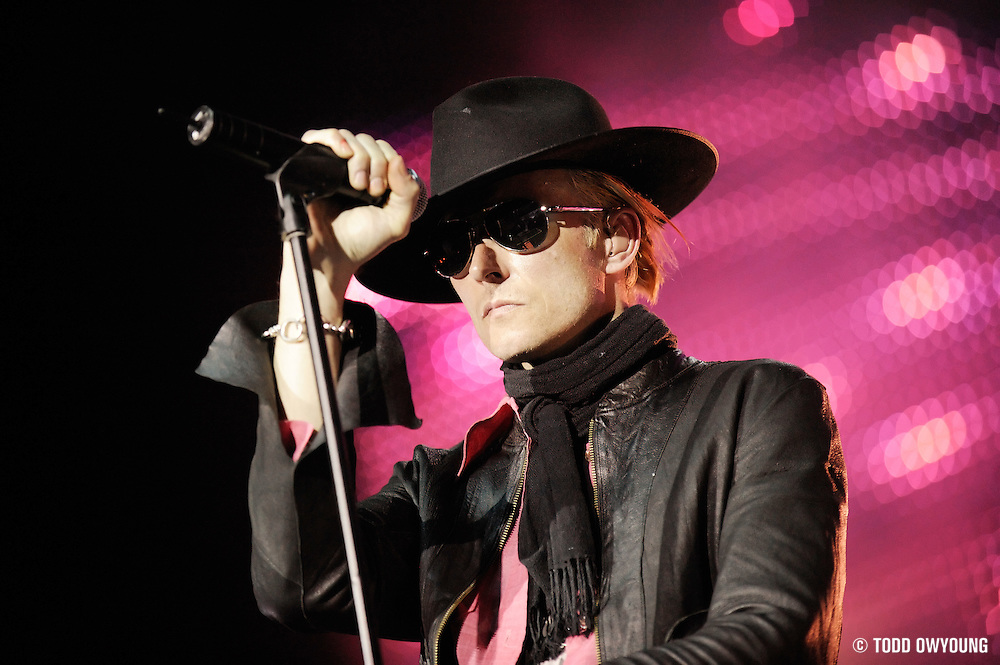 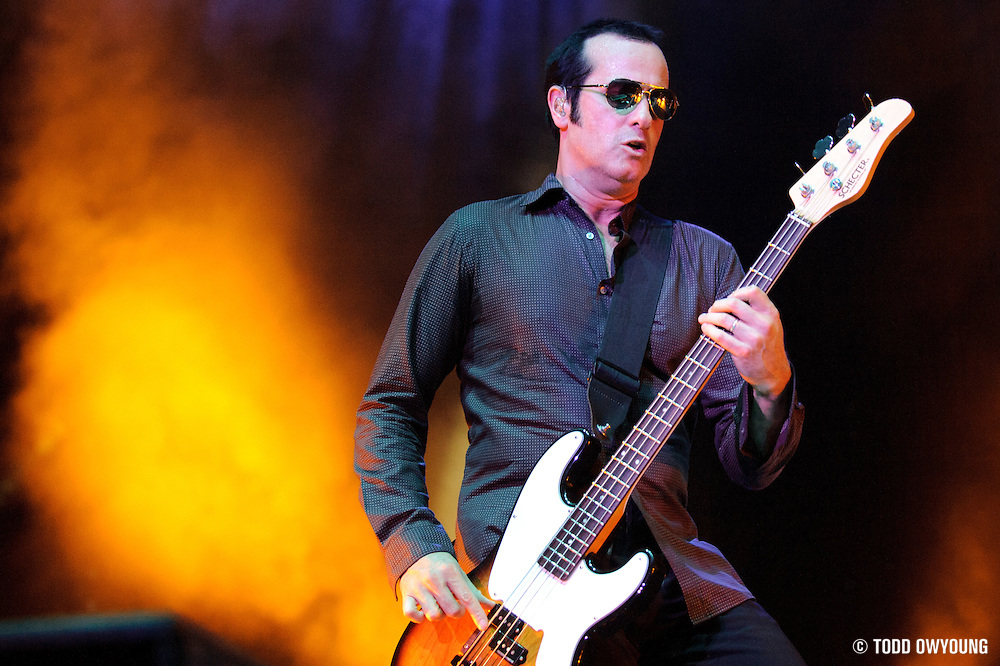 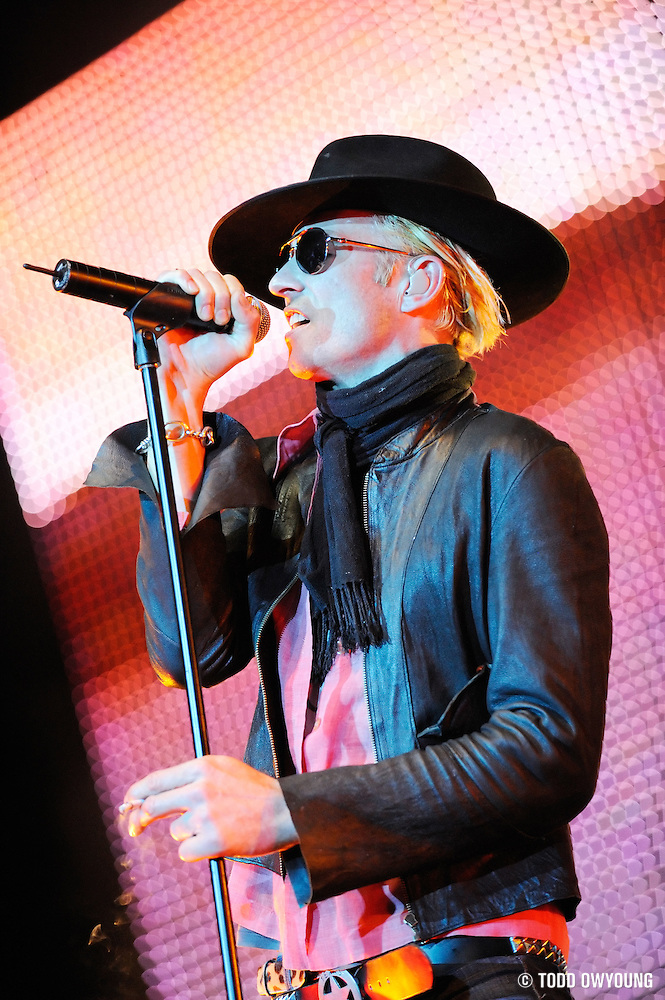 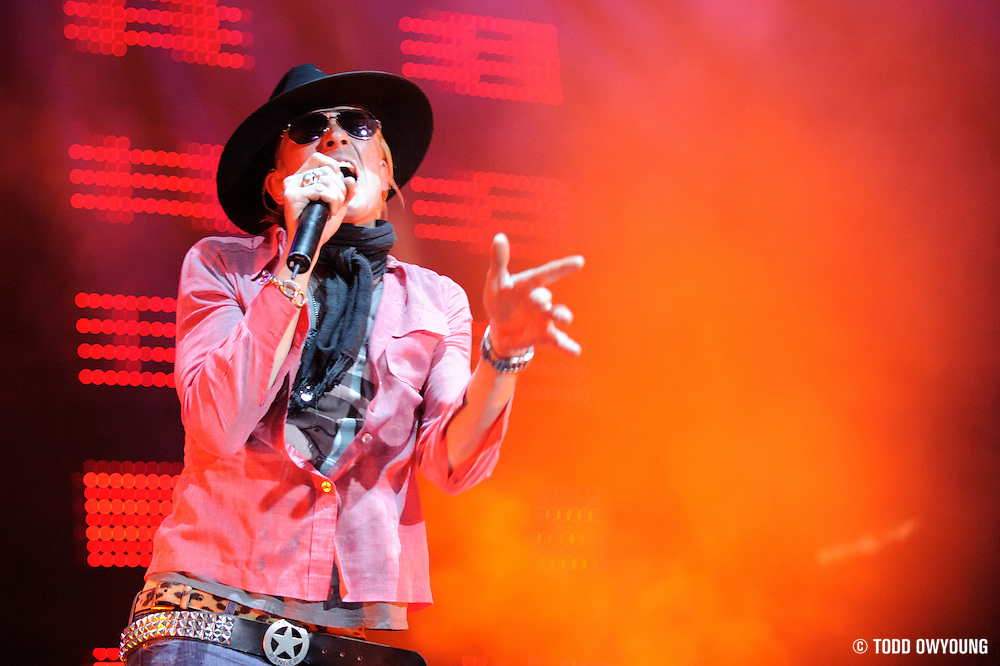 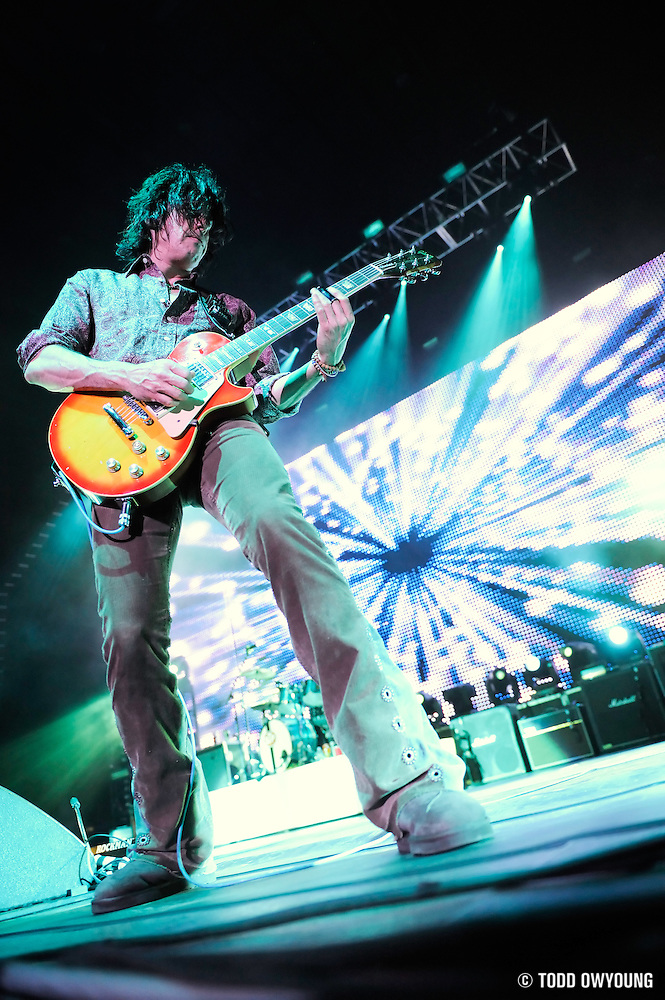 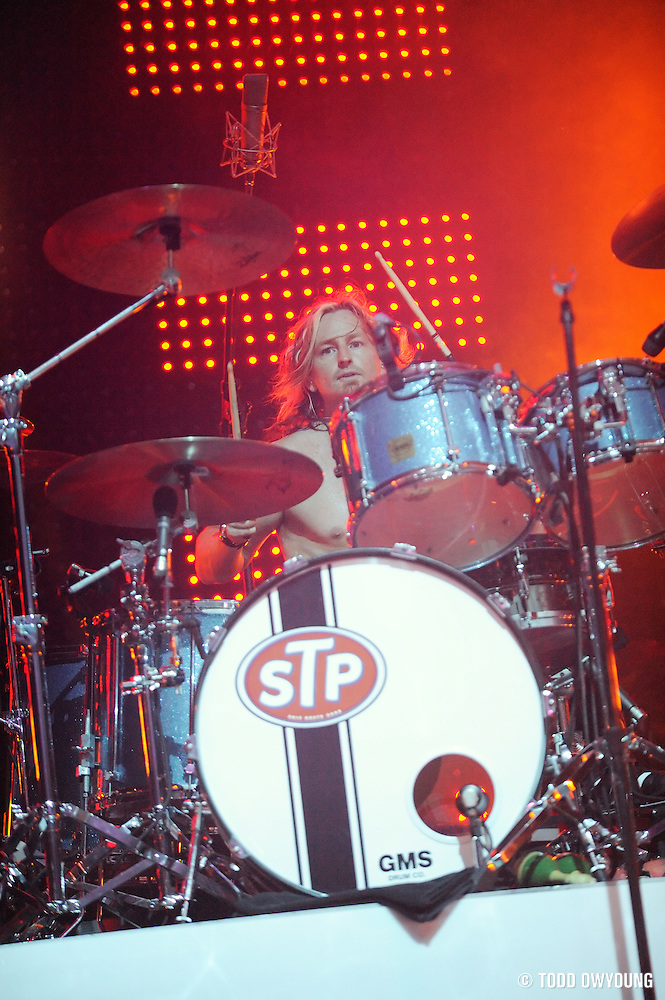 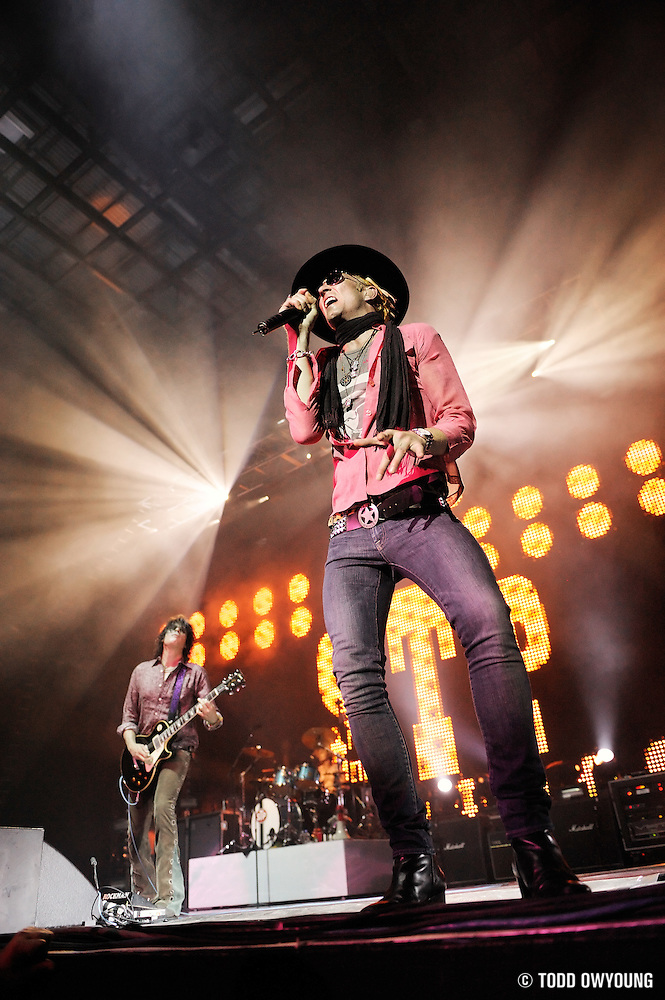 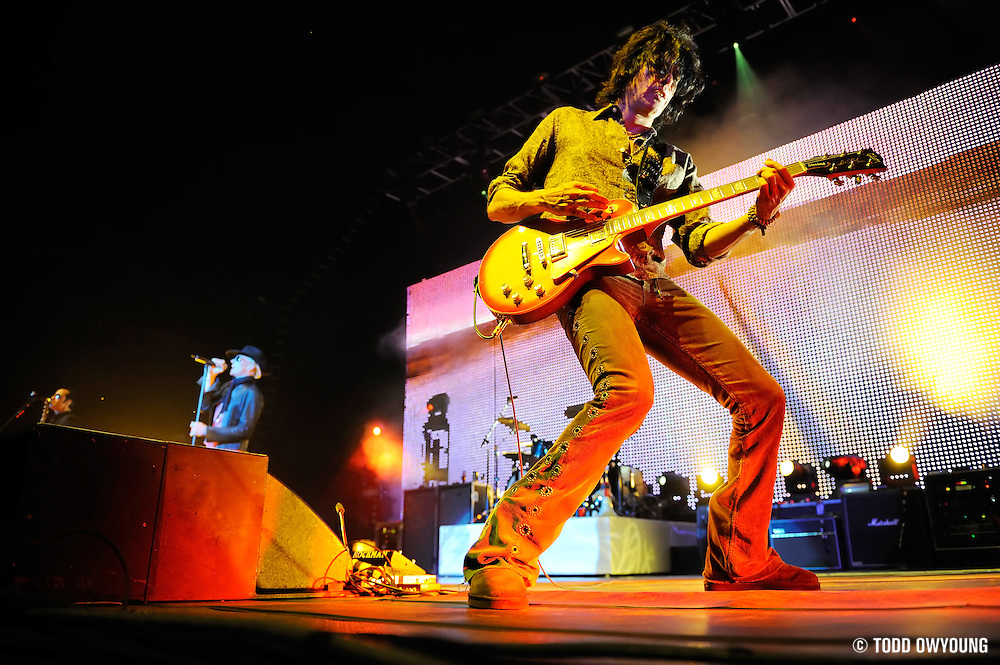 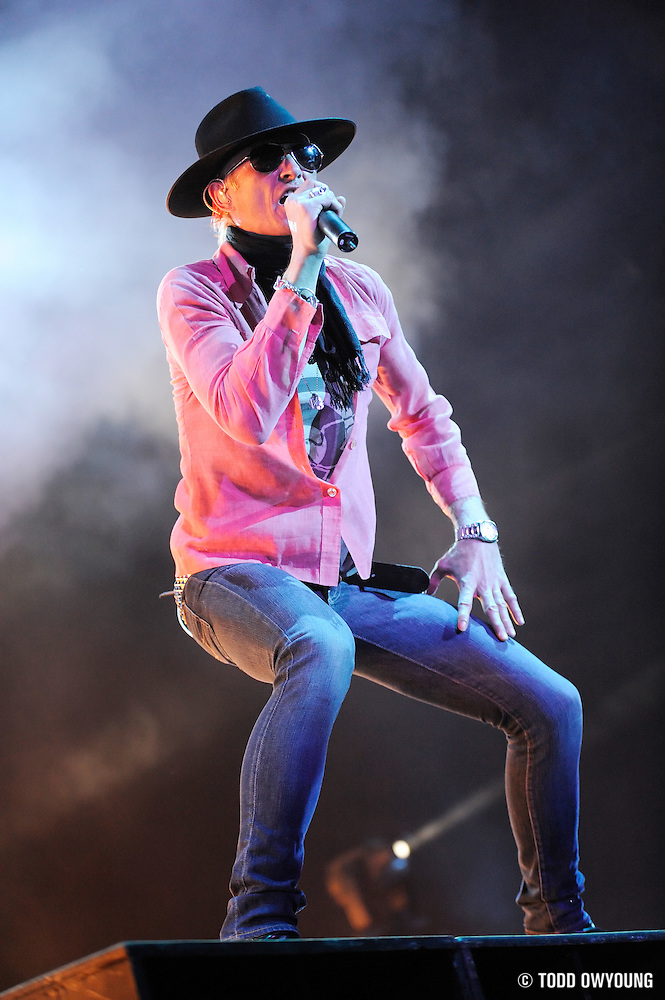 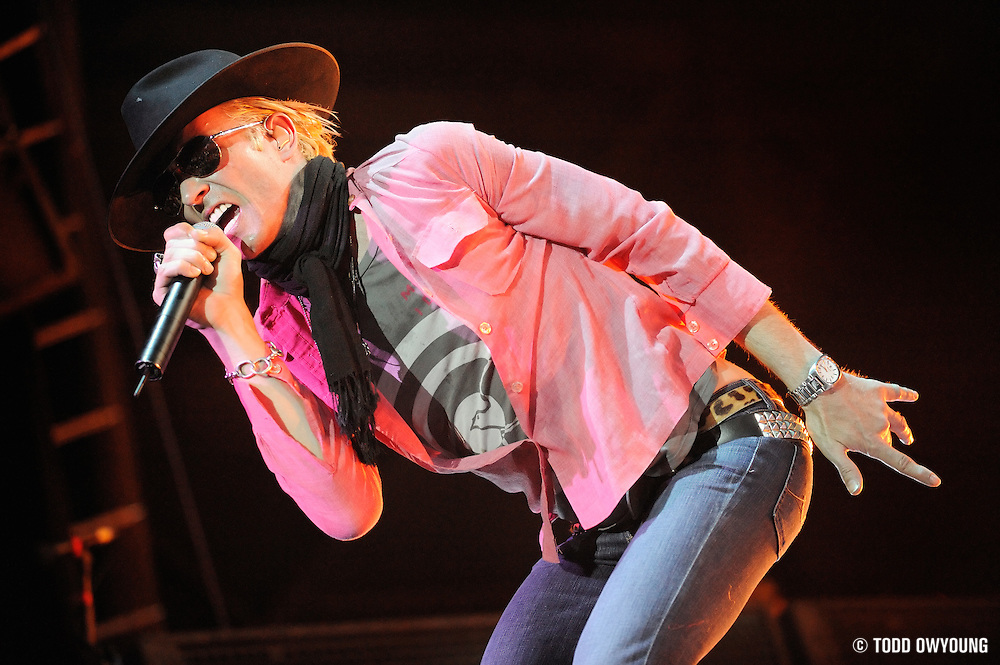 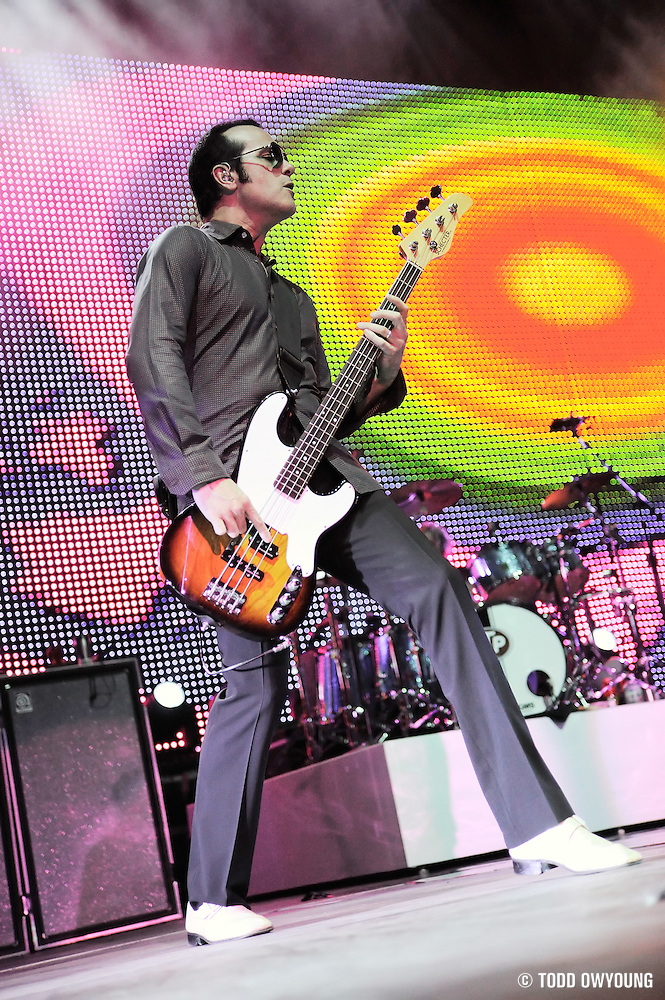 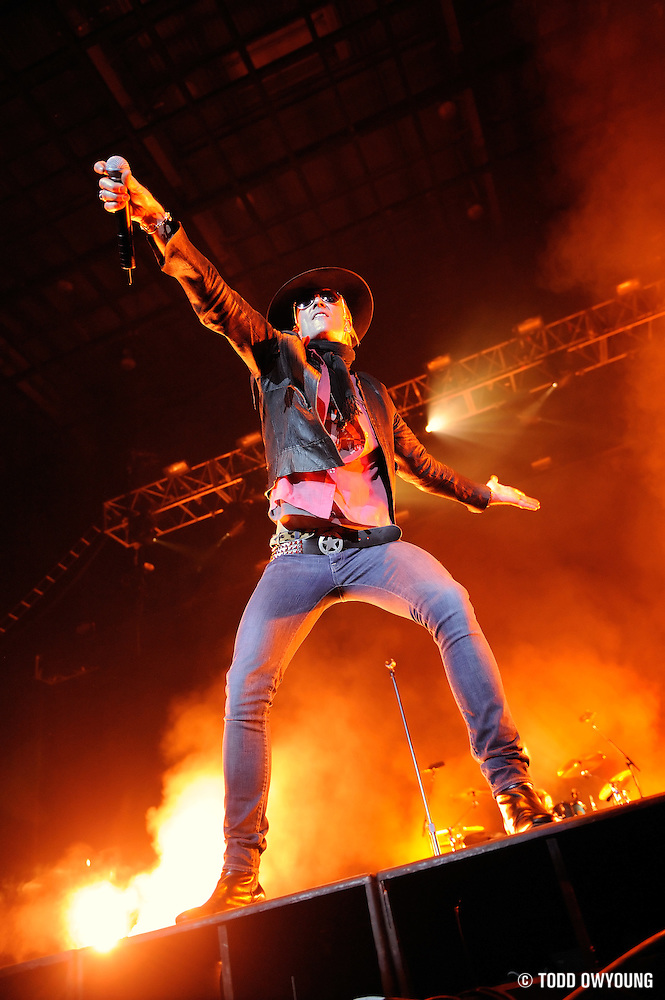 While this show was indeed a true reunion for the band, for me, there was one singular star of this performance, and that was Scott Weiland. Despite his ups and downs through various bands including STP, Velvet Revolver, and Camp Freddy, Weiland has remained an iconic fixture in rock for the last 15 years, and I had a tremendously good time photographing him.

The core thing I concentrated on for this shoot was simply tracking Weiland around the stage, whether he was climbing on the speakers sidestage, at the back near drummer Eric Kretz, or rocking out with one of the DeLeo brothers. If there's one fact, it's that Weiland is a magnetic figure on stage where ever he is, and even as frustrating as tracking him was at times, there were plenty of moments where I laid down on the shutter release as the singer staggered from rock star move to rock star move.

For this reason, the Nikon 70-200mm f/2.8 proved invaluable during this shoot. That is, until Weiland jumped up on the front speakers and came in for the real deal with the Nikon 14-24mm f/2.8.

Overall, the lighting for this show was that of a big production, but that isn't to say it was bright. ISO 3200 and 6400 came into play due to the mix lighting and off-color contrasts the stage treatment utilized. Regardless, it was hard to argue with the huge LED panel at the back of the stage and the digital pyro it displayed during the third song. A liberal use of haze, combined with blasts from computerized spots in the back completed the effect.

Big thanks to STP's publicists and the folks at Live Nation for setting this up. Also, if you haven't seen the shots of Weiland's solo performance that I covered at the end of 2008, that performance truly provided a stark contrast to the lush treatment of this summer shed show. In contrast to the over-the-top effects of the above, the solo gig was an interesting turn inward that was nevertheless 100% Weiland.