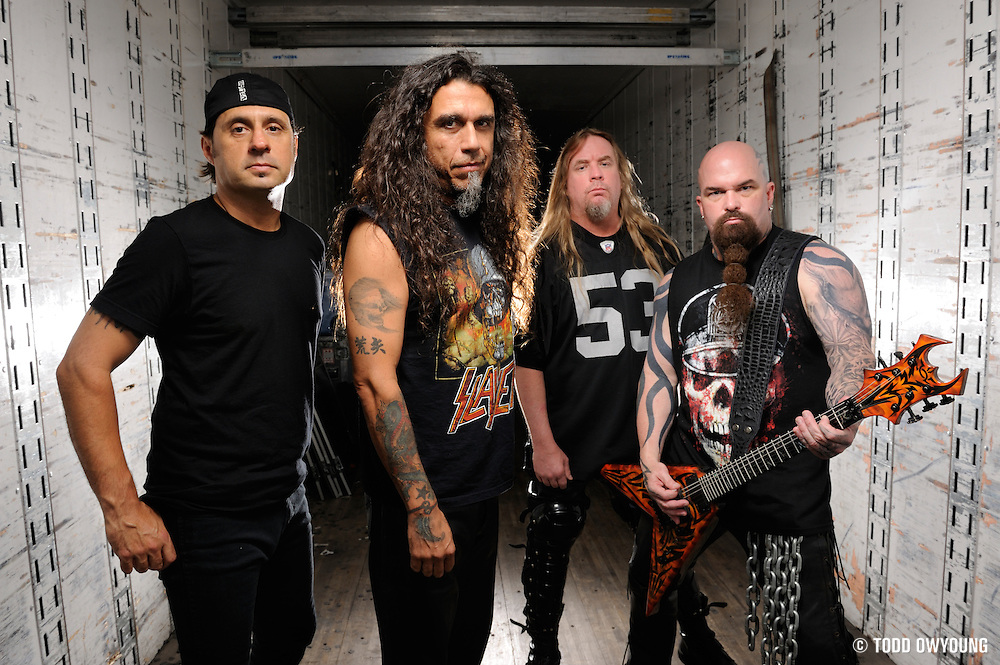 July 22, 2009 – What do you do when you get five minutes with thrash metal kings Slayer? You make sure you know all of the band member's names, you dial in your lights, and you don't think about the fact that they've been crushing eardrums and melting faces since the time you were in diapers. 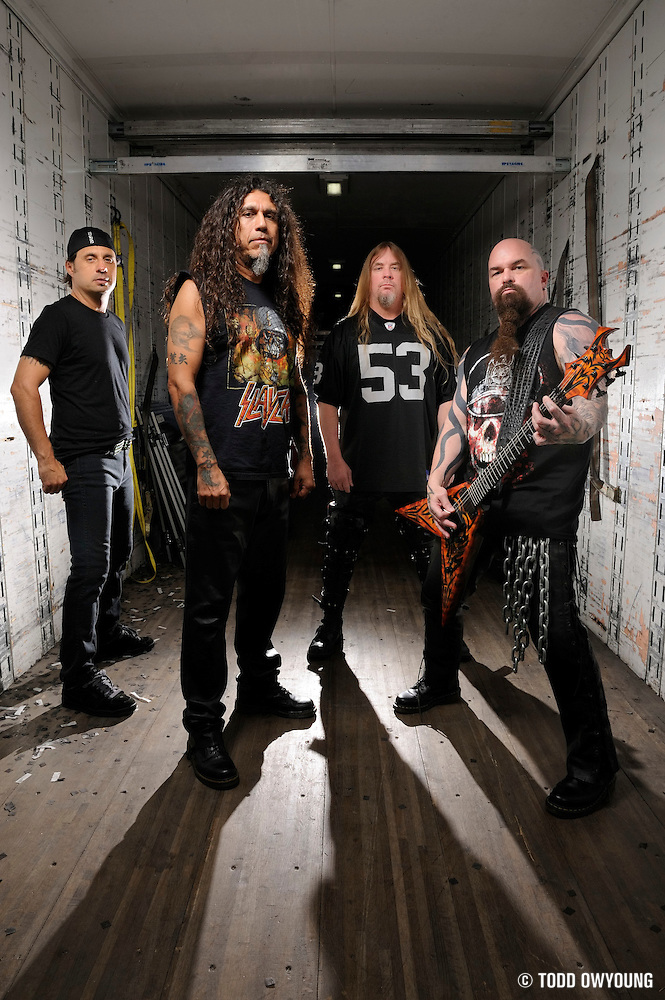 When you get a call about an assignment for Rolling Stone, the best possible answer is probably, ” Yes. I can absolutely do that.” Or not, but that's what I said, anyway.

The main charge for covering Mayhem Fest was the live performances of the headlining bands: Marilyn Manson, Slayer, Killswitch Engage, and Bullet For My Valentine. However, when I called the tour's on-site production coordinator before heading to out to the venue, I immediately inquired about portrait possibilities.

“Killswitch would definitely do a portrait. I'll ask Slayer's people.”

And with that, in addition to my normal concert gear, I packed up my speedlights, lightstands, and the rest. When I checked in with production, the production coordinator confirmed that the shoot with Slayer was on the table. The band had 5-minutes. Could I do that?

“Yes. I can absolutely do that.”

After talking to the tour's stage manager about possible locations and touring the backstage area, we decided on the band's gear trailer as the location with the best look.

The shoot is scheduled for just before the band goes on stage at 8:30pm, and I make the plan to setup in the trailer starting around 8:00pm. Just before 8:00pm, my assistant Allyssa showed up and we headed backstage and assembled the lights and roughly dialed in the flash power.

The band's trailer was still full of racks and crates, all of this work was roughing it before we could get into the trailer. The trailer was cleared by the stage crew about 8:15pm, so we quickly setup and fine-tuned the lighting.

At 8:20pm, the band came out, filed into the trailer, and we got to work. From the first shot to the last, the shoot lasted 3-minutes 43-seconds.

Here's the setup we used:

For this shoot, the Nikon Speedlight system really excelled. Fast and light, the strobes worked flawlessly and made setup a breeze. Controlling the flash power from the SB-900 as the commander meant no running around to set the lights, only spinning the command dial of the flash.

Big thanks to everyone who made this happen, and especially to Amanda Moore with 4Fini and my assistant Allyssa Ohlman.