Photos: Of Montreal @ The Pageant 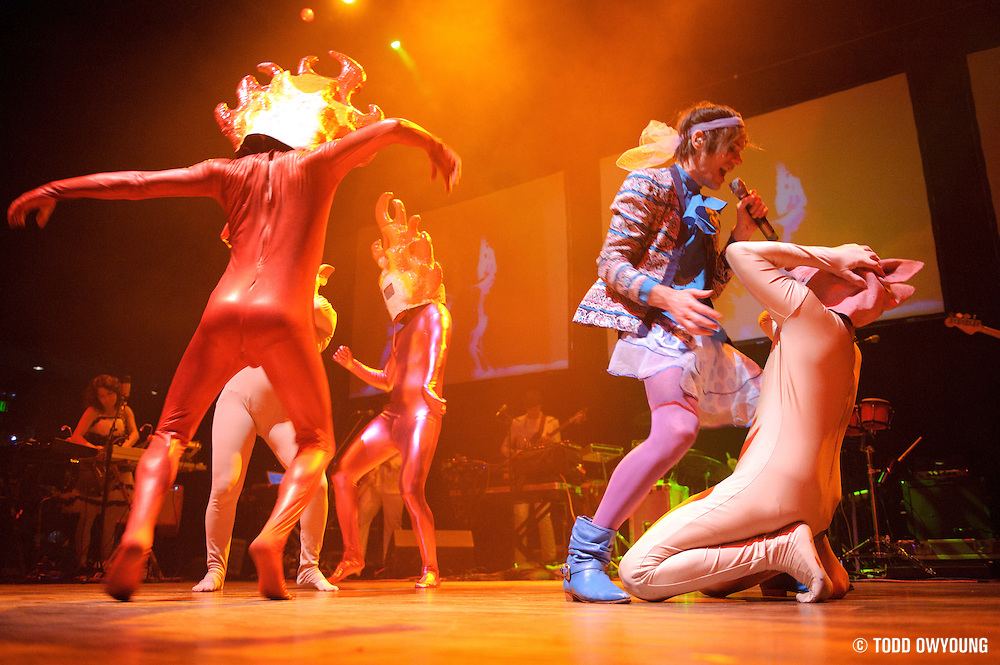 Of Montreal were one of the very first bands I shot, back in 2006. The first time I photographed them was at a basement venue called the Gargoyle, which is literally the annex of a university cafeteria turned sometimes-performance-space. From there, I've shot them at other clubs and festivals, including the Pitchfork Music Festival in 2007.

Fast forward to the tour for the False Priest with Janelle Monáe and the circus that is hot on the heels of The Flaming Lips for one of the must-see shows of the decade. However, unlike the Flaming Lips' more routine performance (at least for the last 5 years), Of Montreal's schticks constantly evolving, with props, costumes, and sets every year. 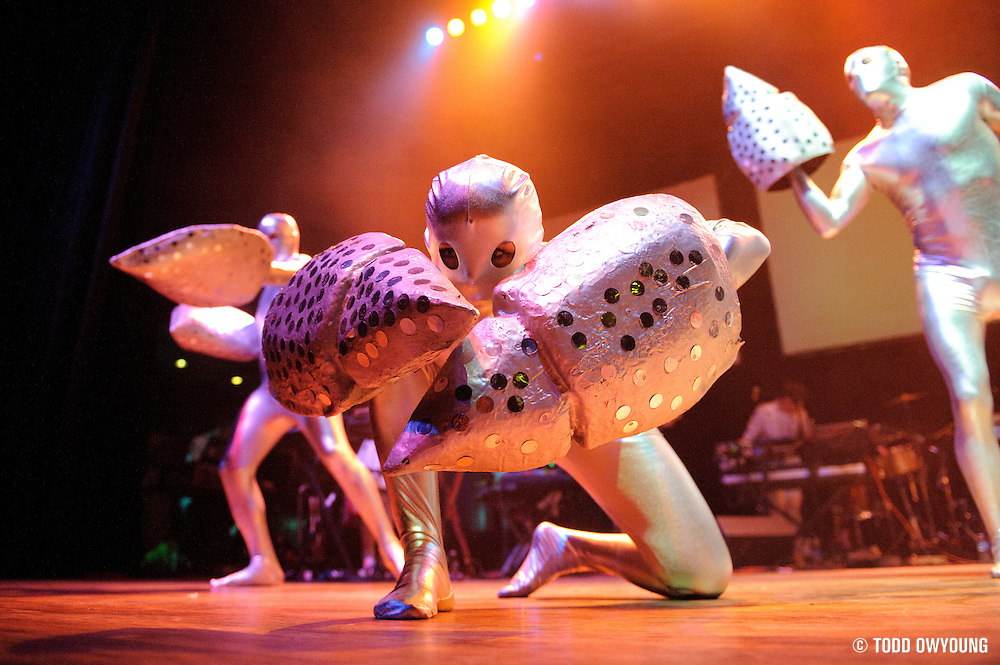 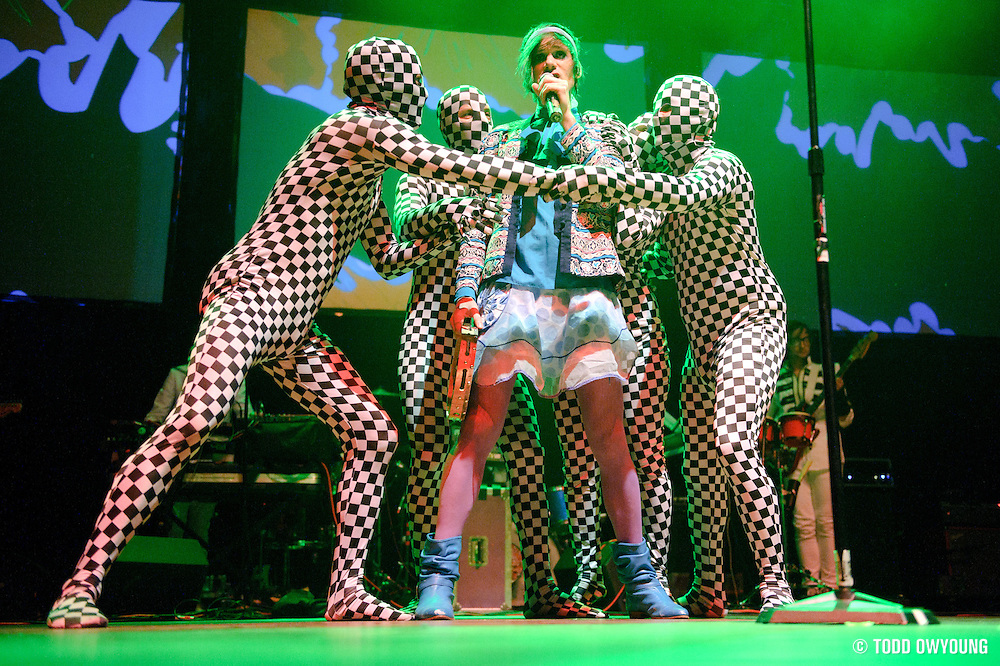 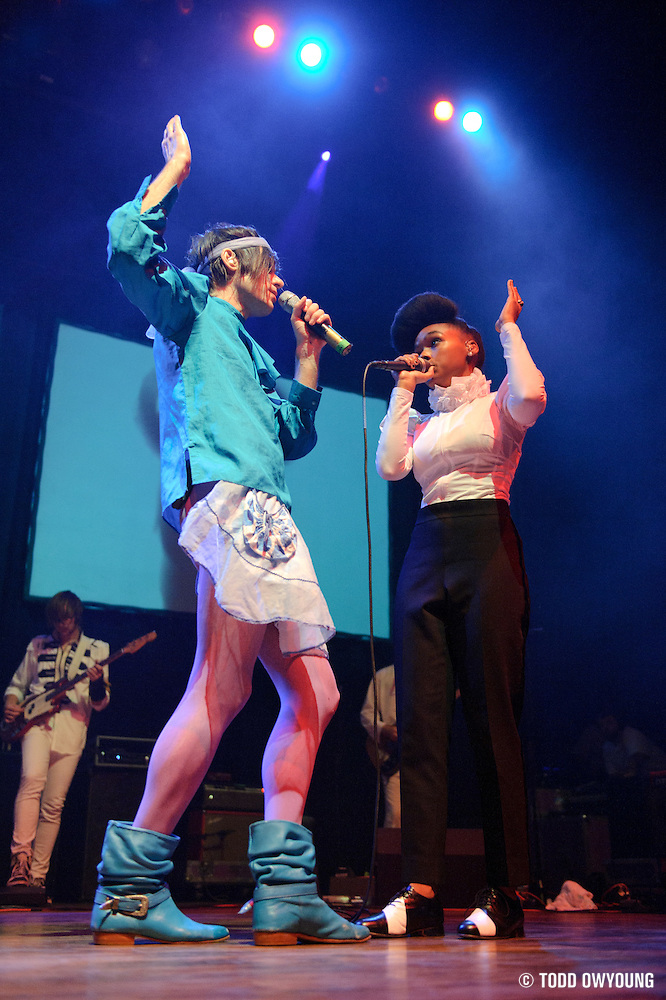 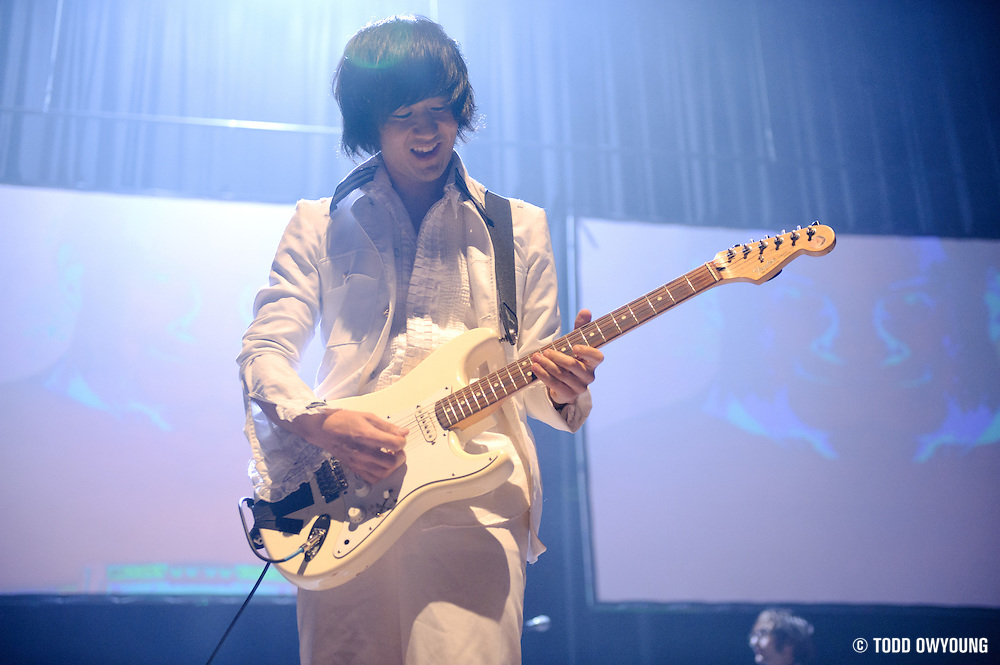 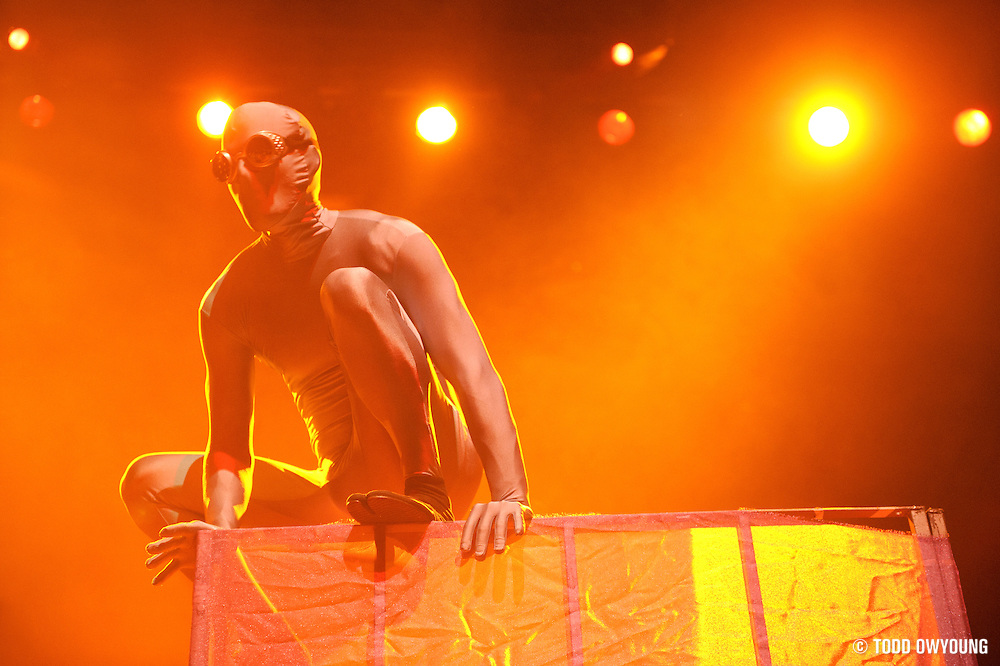 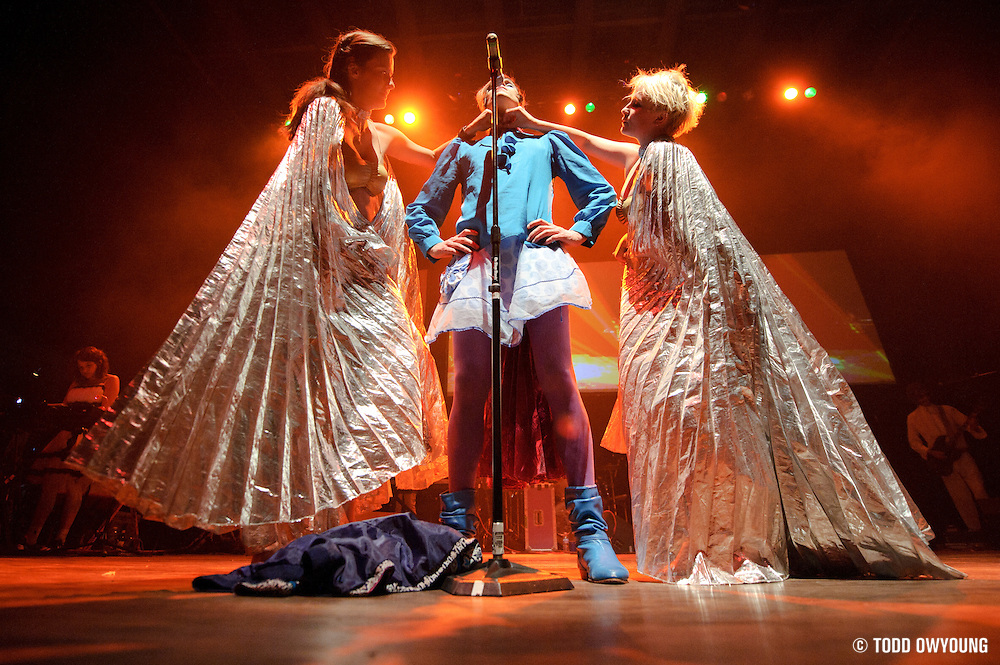 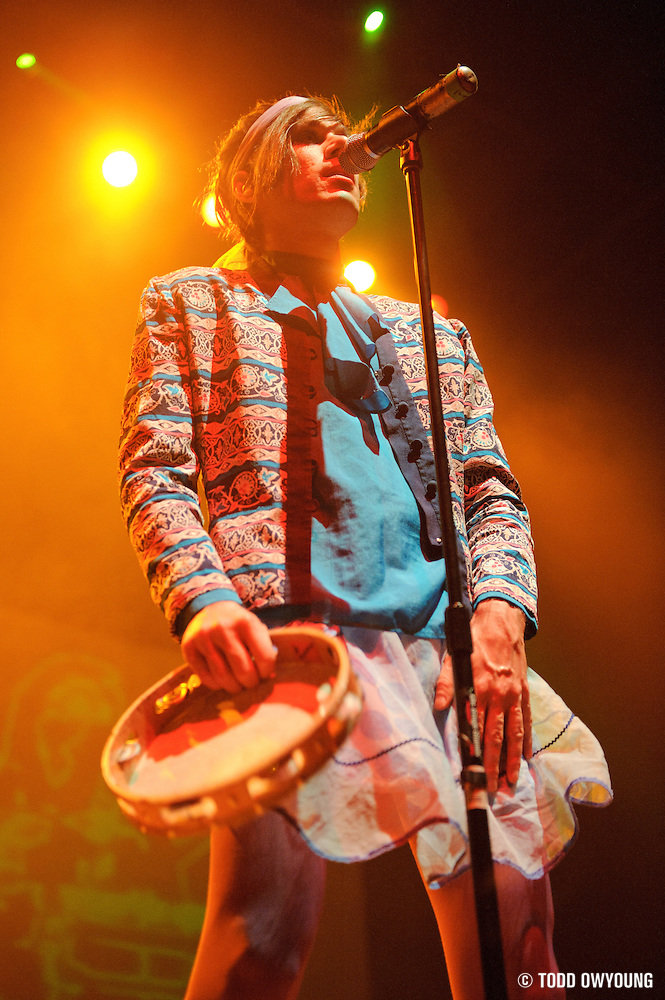 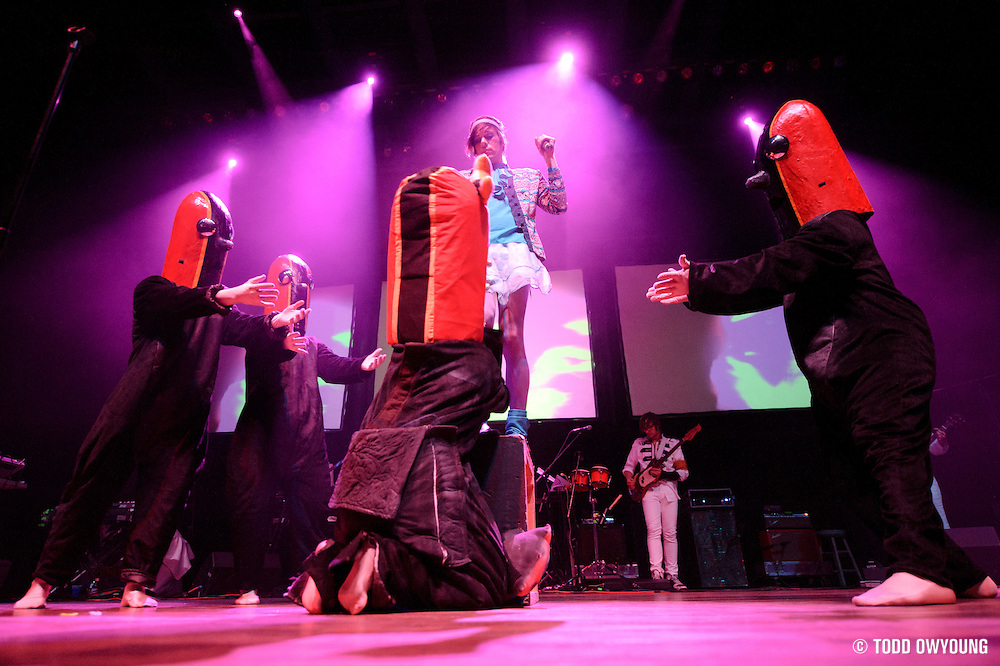 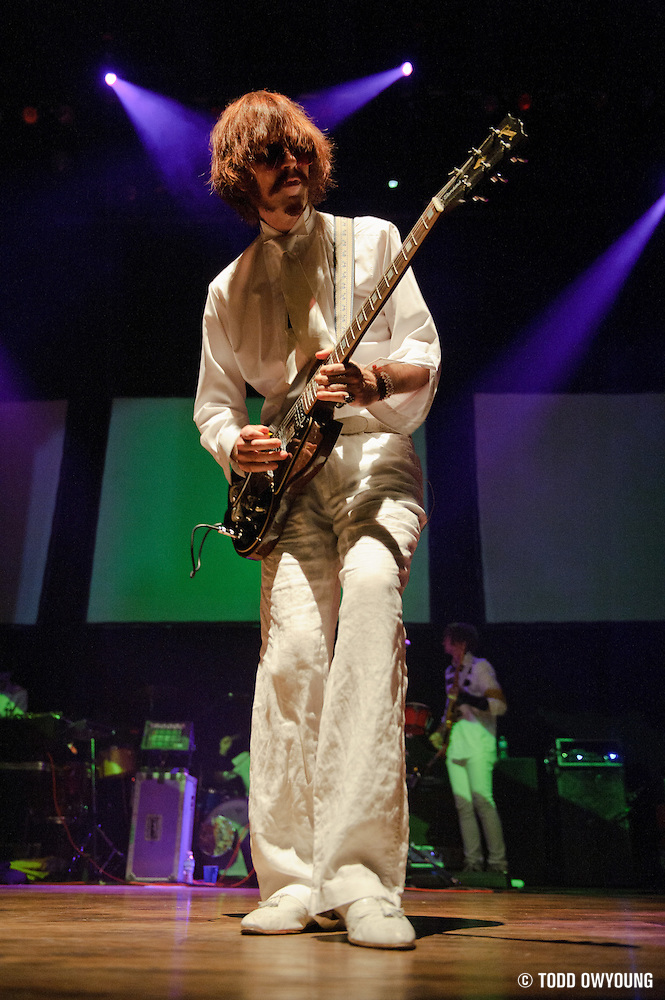 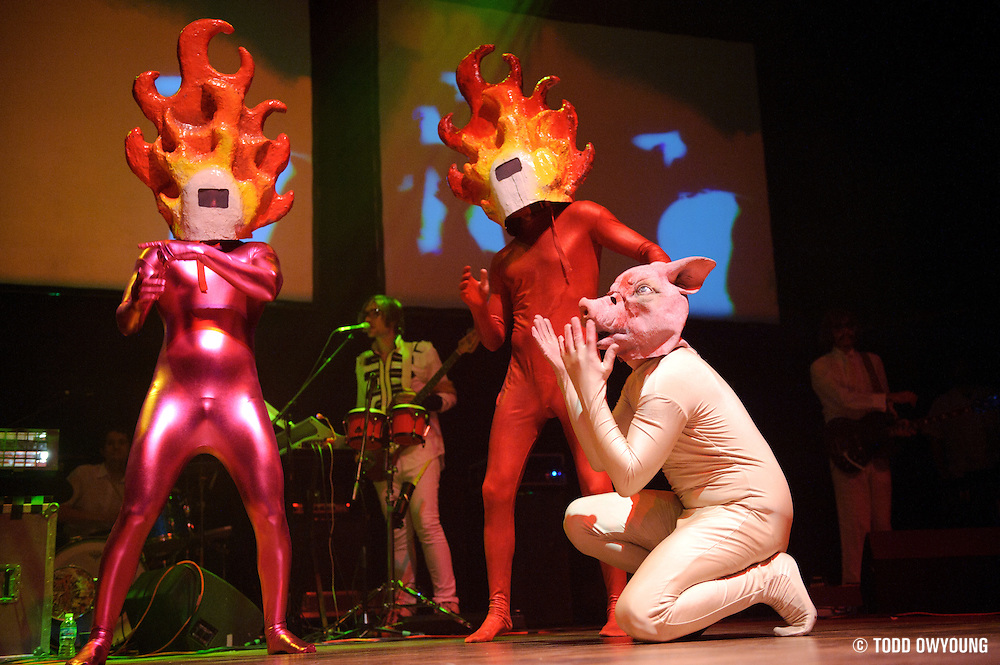 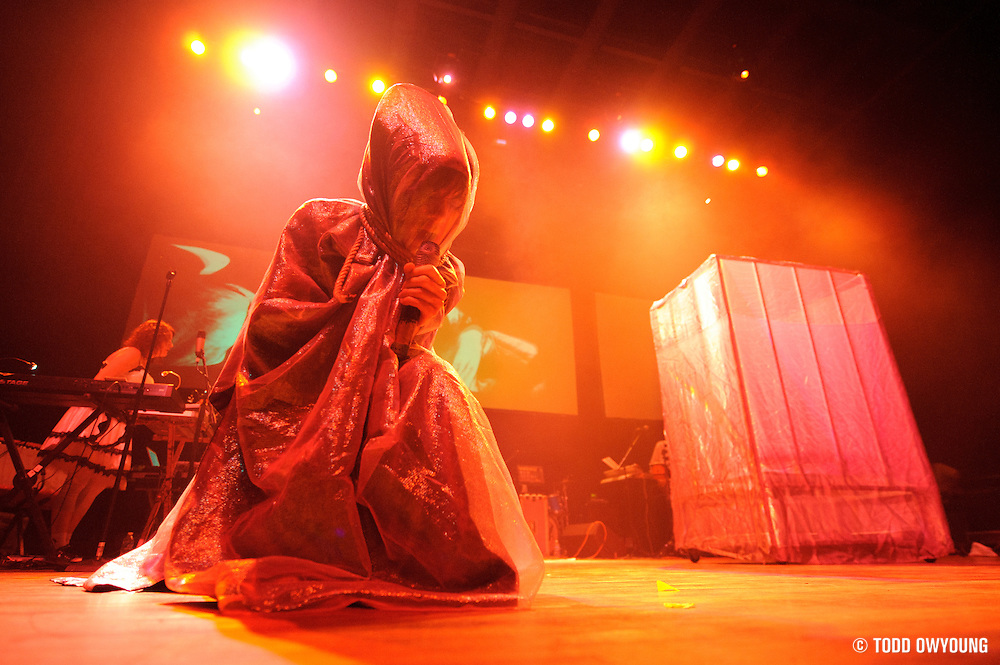 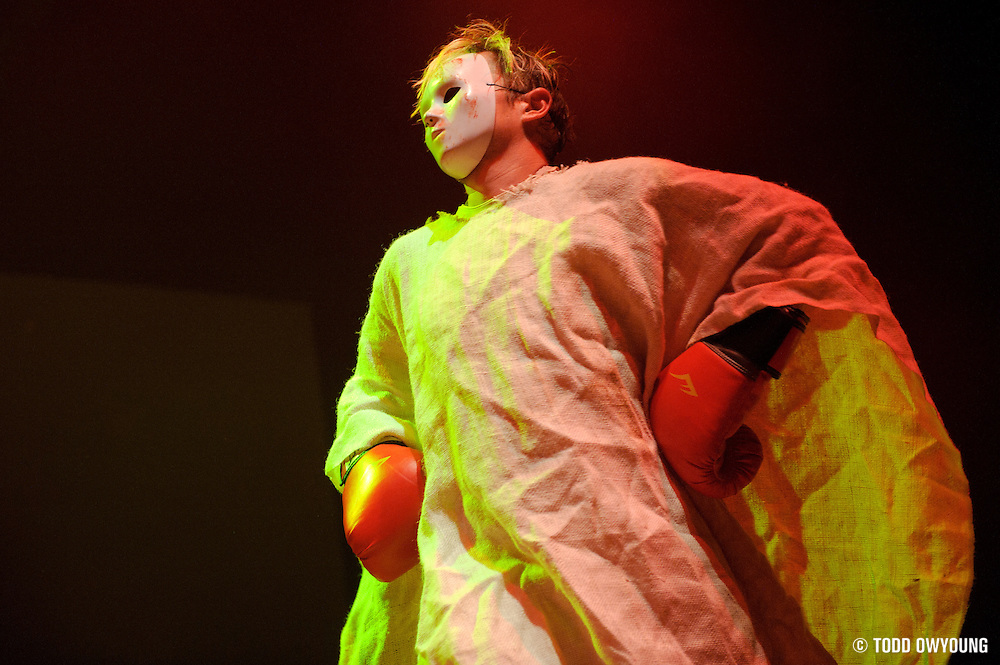 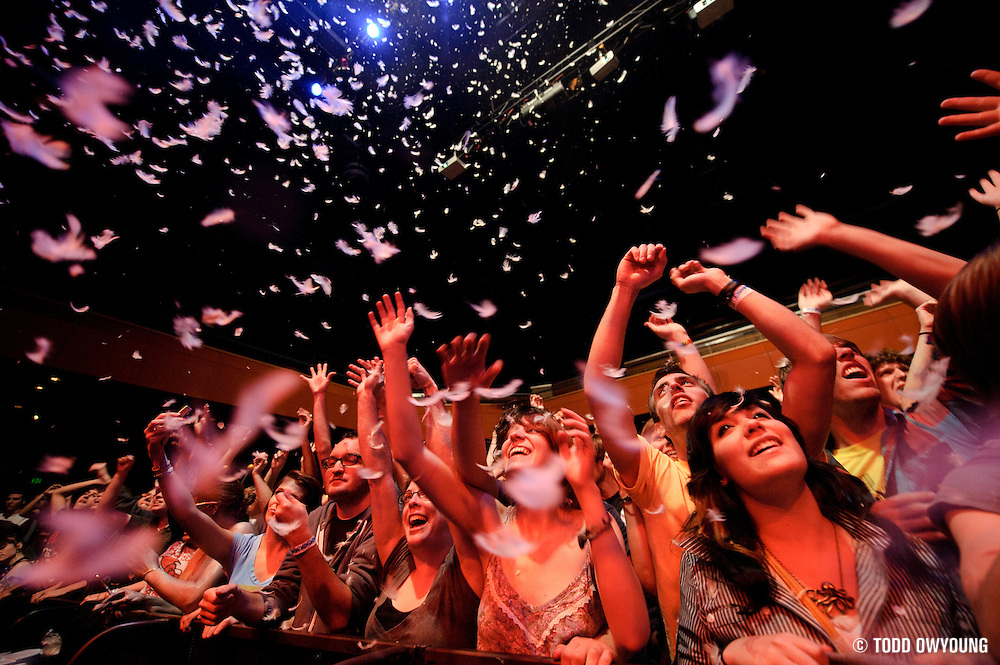 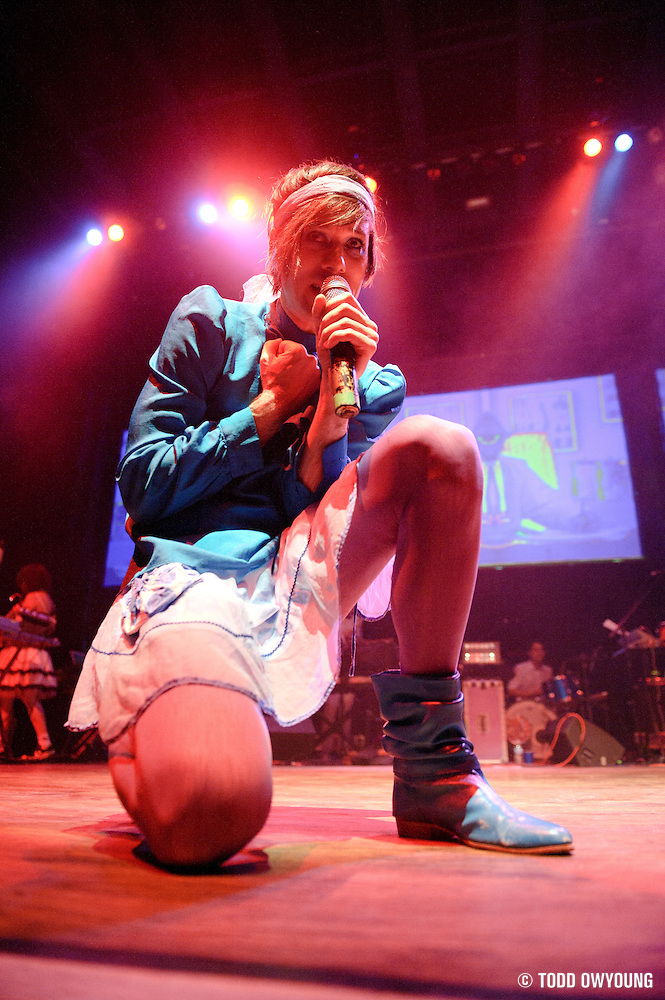 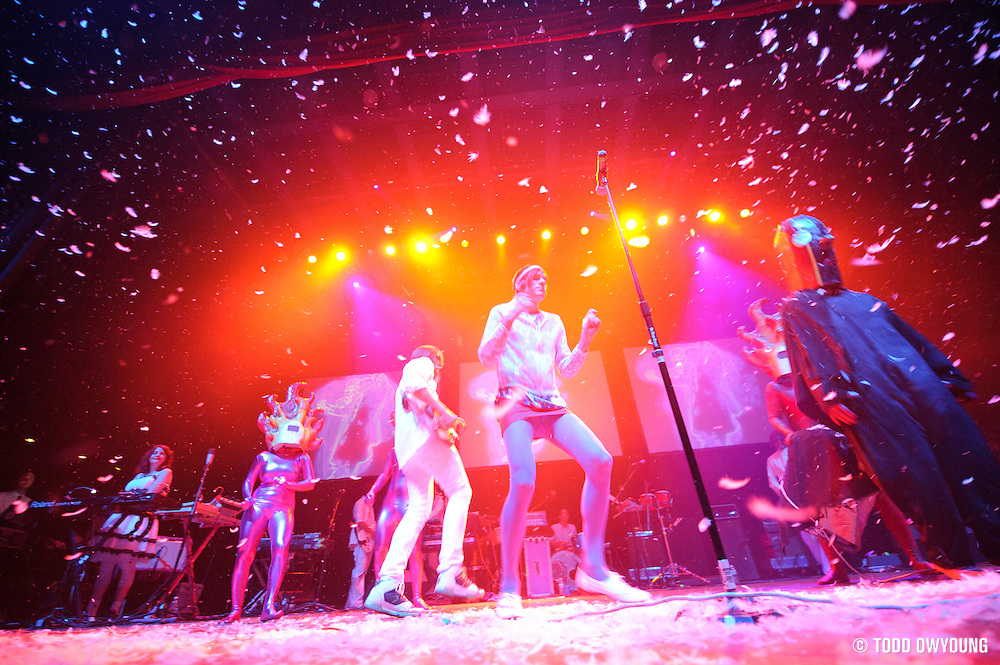 To be honest, I was a little bored for the first half of this show. Maybe I'm just becoming a jaded music photographer, but most of Of Montreal's current show involves Kevin Barnes dancing around and/or interacting with the revolving cast of costumed extras that cycle in from the wings. It feels less like a band (who are relegated to the back of the stage) and more like the Kevin Barnes show.

That said, it's amazing how a blast of feathers during the encore can turn a relatively blasé shooting experience into something magical.

Despite my gripes, it's hard to deny that Of Montreal put on a fun show, and there's plenty to photograph.