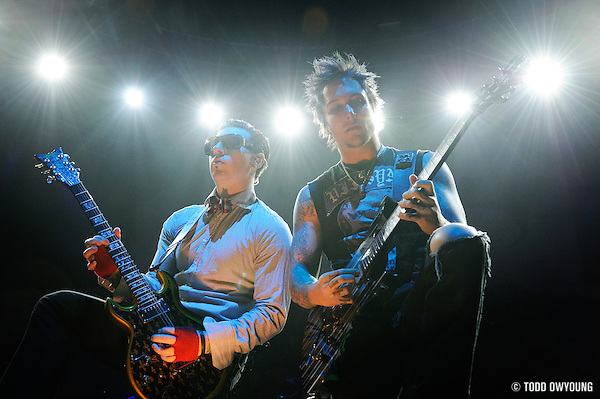 What's more sweet than one guitarist playing at the front of the stage, one foot up on the speaker monitor? Two guitarists, one right-handed, the other left-handed, each with a leg up on a monitor, mirrored in perfect, hard rock harmony.

It's kind of a beautiful thing.

Headlining the Rockstar Taste of Chaos Tour, SoCal badboys Avenged Sevenfold brought a big dose of heavy, driving rock, complete with what every arena show should include: pyro.

With support from Atreyu, Bullet for My Valentine, Bless the Fall, and Idiot Pilot, not to mention huge throw downs from Japanese rockers Mucc, D'espairsRay, and The Underneath, Avenged Sevenfold capped the six-hour event with a performance that did not disappoint.

After a countdown on the arena's jumbo-trons, a dramatic kabuki curtain-drop revealed the band, waist-high in dry ice smoke and soaking up the crowd's roar.

On Shadows' left, Synyster Gates, with his own legion of fans smashed up against the barricade, wasted no time laying down scalding licks with iceman cool. The lead guitarist frequently went up on the monitors and ego risers, dramatically lit from below, reeling back as he delivered his riffs.

Meanwhile, Zacky Vengeance, Synyster's partner in crime, held down the other end of the stage, rocking the nerd-punk chic look of a button down and bow tie in contrast to his piercings and tats.

Vengeance and Synyster frequently came to the front of the stage together, shoulder to shoulder, playing with faux-blasé looks that still couldn't hide their obvious relish for the spotlight and eruptions from the crowd whenever the pair joined forces for the Guitar Hero love. Twice the shredding, half the price.

Behind a fortress of drums, the Rev held down the blast beats at the back of the stage, while Johnny Christ, rocking a mohawk, thrashed on bass.

Avenged Sevenfold will be releasing a live DVD recorded while on the tour, which will also feature seven unreleased tracks made while recording the last album. 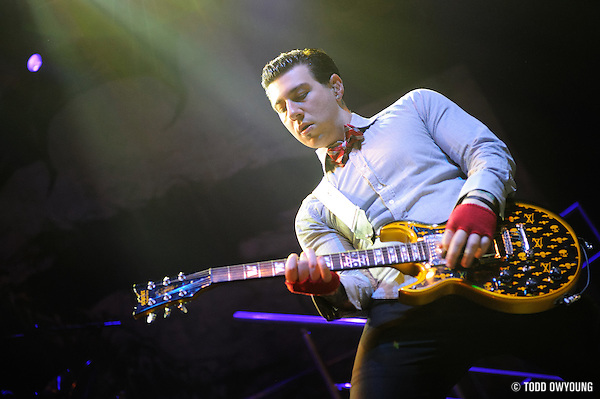 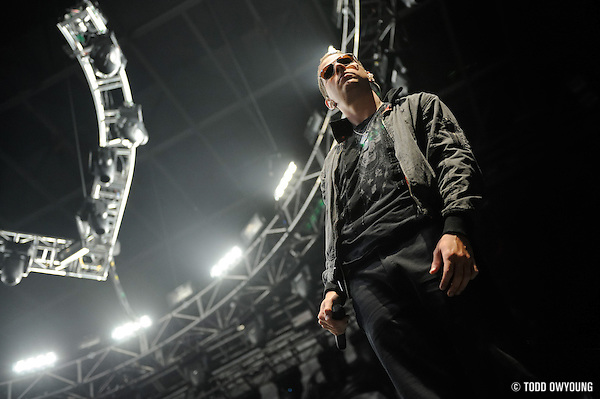 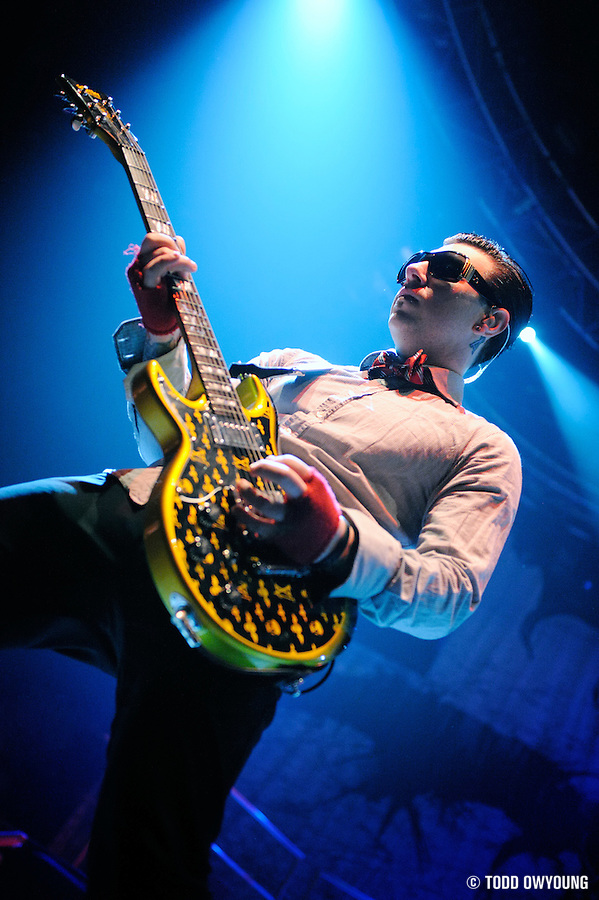 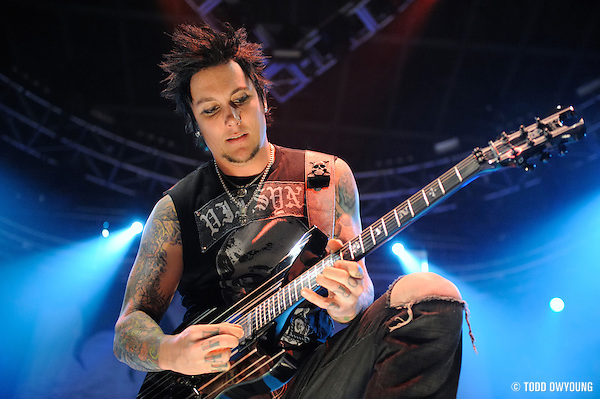 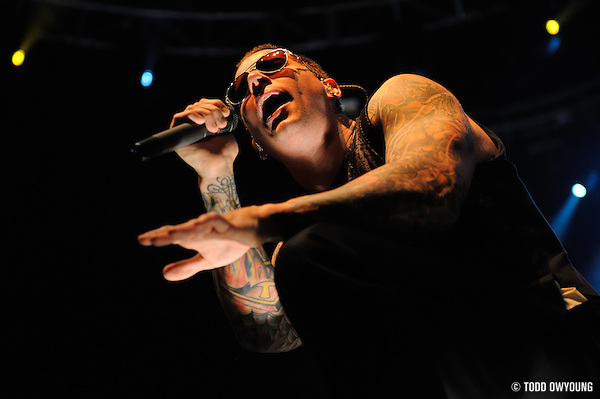 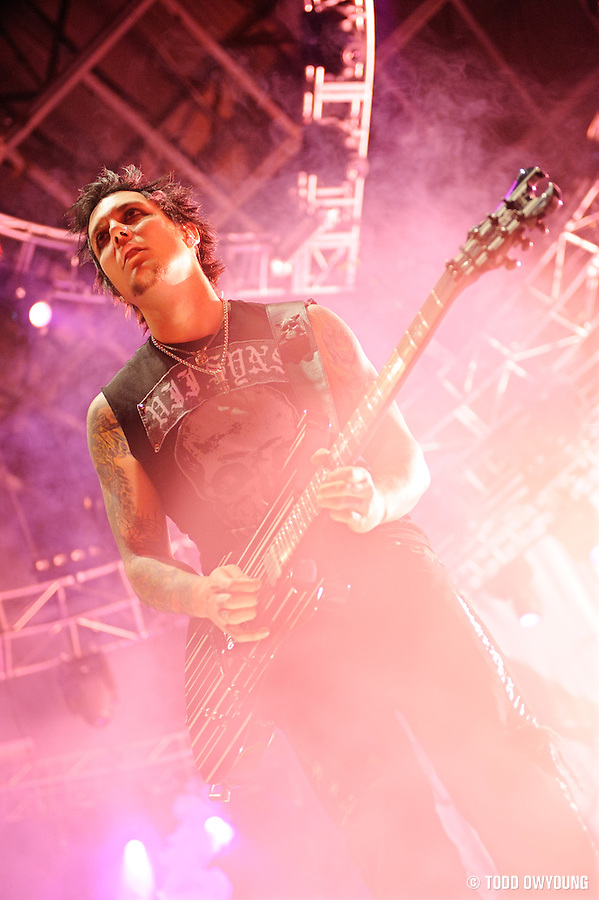 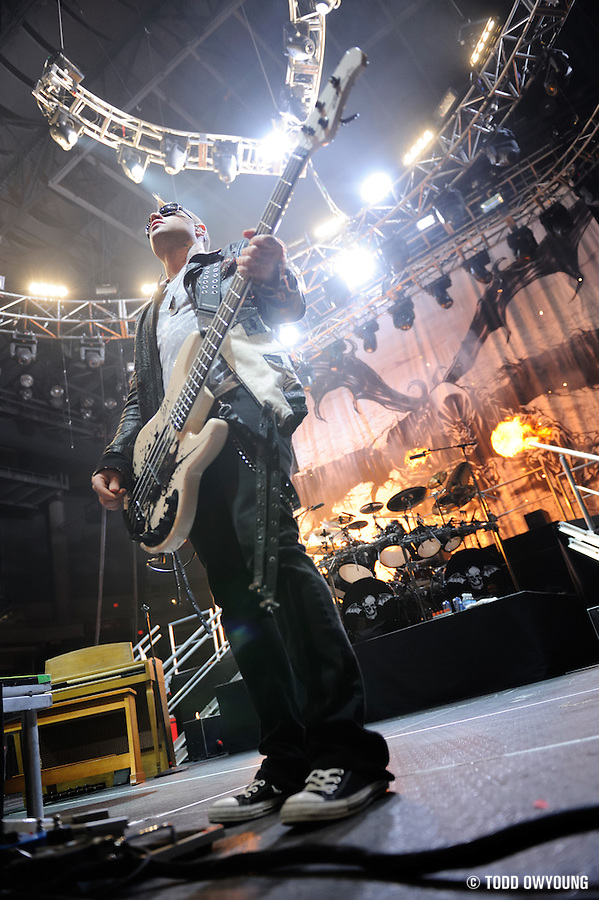 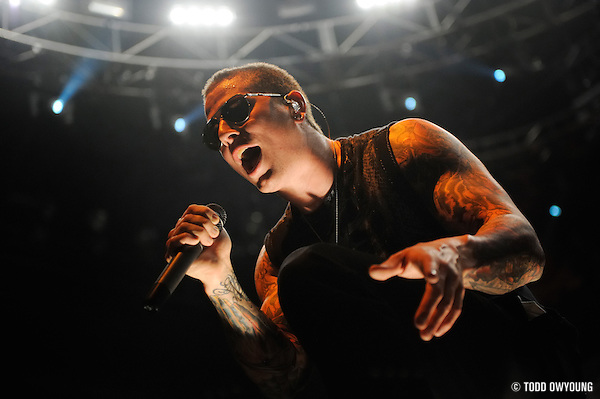 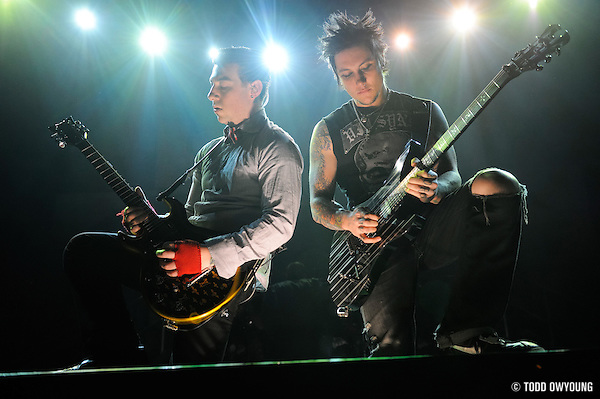 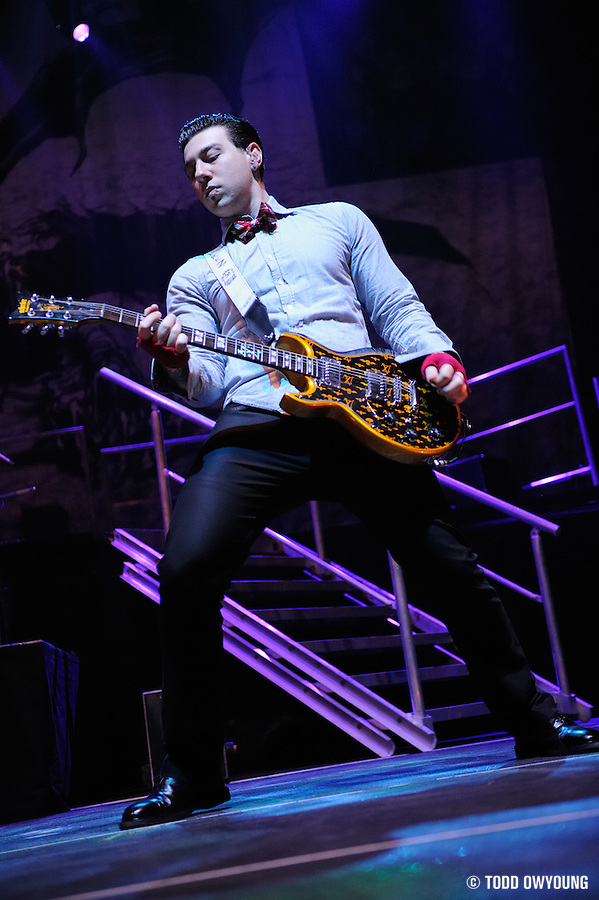 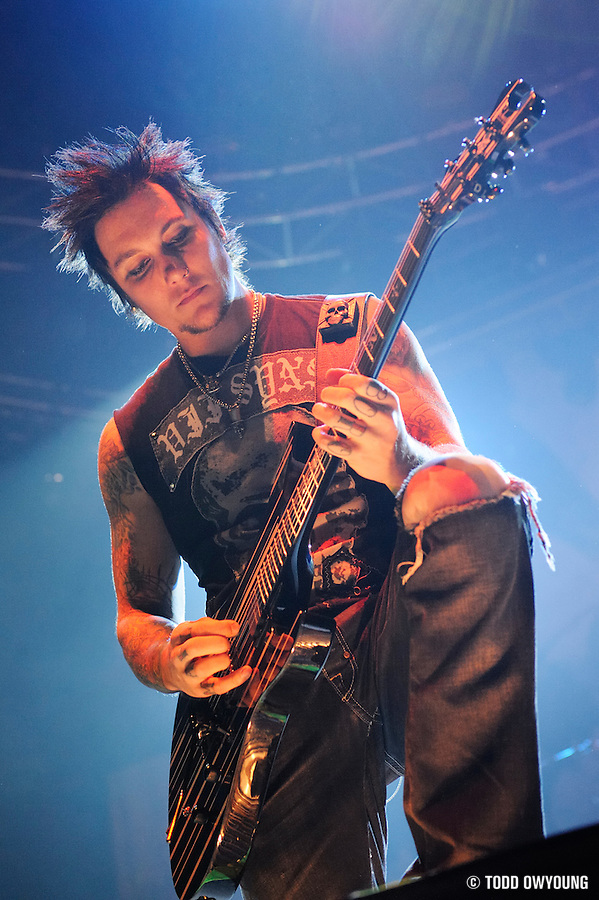 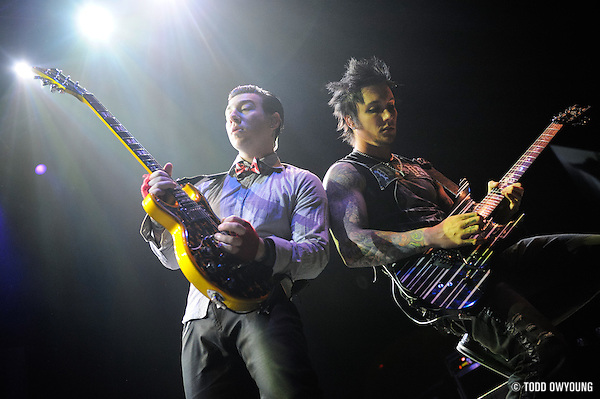 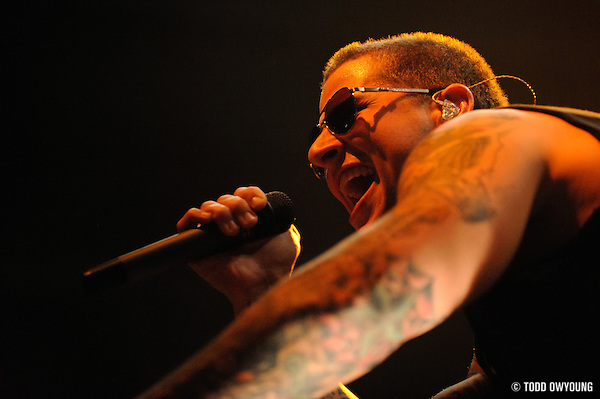 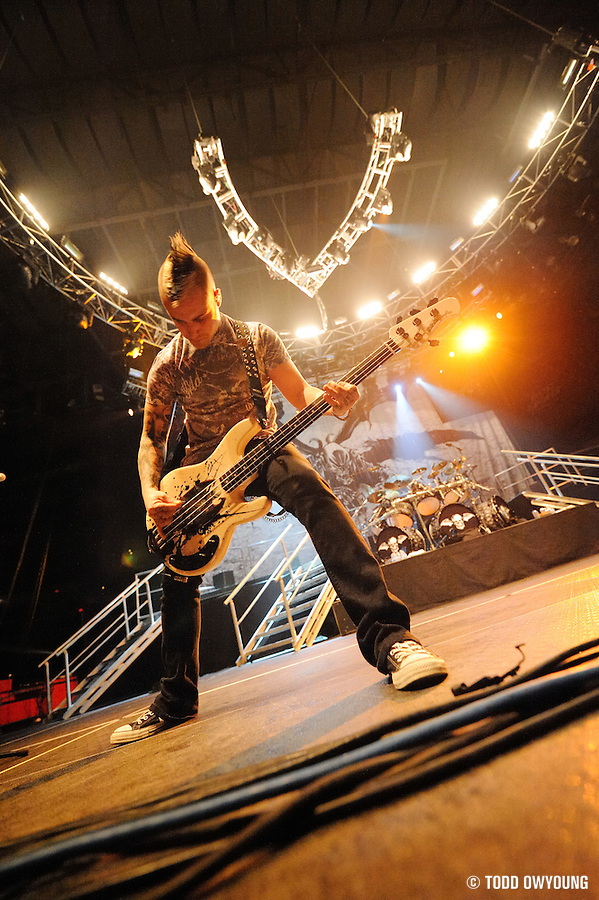 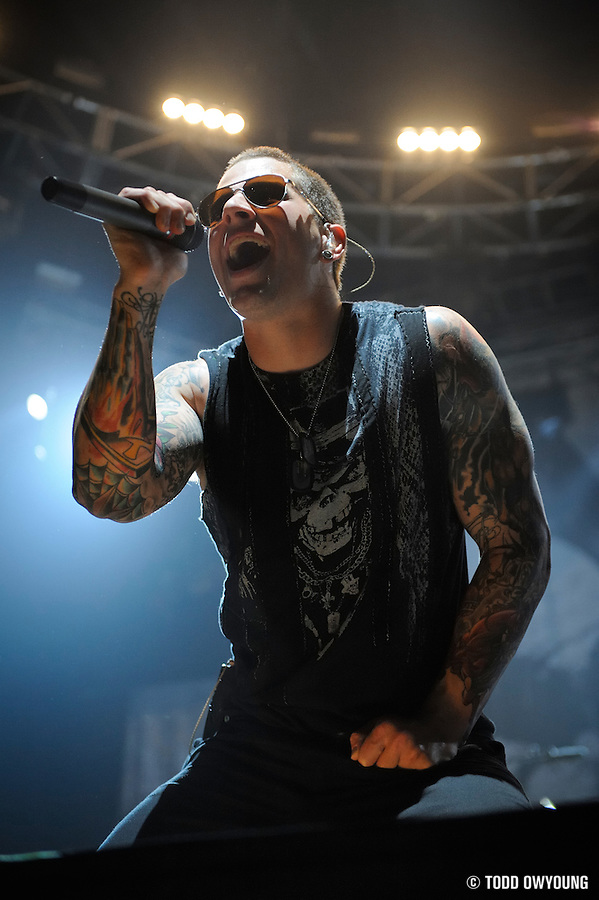 OK, I'm not going to lie. I was kind of excited to photograph Avenged Sevenfold again. Incredulous? The first paragraph of this write-up says it all.

Just as the last time I shot these guys, it was an interesting experience. Even though it was an arena tour, I was surprised to see that the lighting actually made photography a little more tricky compared to their smaller club tour.

While the big, bright lights no doubt brought a proportionate flare and drama to the stage, it didn't make the photo any easier.

Another change was the relation to the band on stage. A taller stage with a big stack of monitors at the front narrowed clean shooting angles and kept the band a little farther back.

Once again, a lot of the more interesting lighting came from underneath from illuminated risers at the front of the stage. From the back, cooler light blasted the stage, often shifting in quick patterns from a semicircular array above the band.

Big thanks to Renee at WBR for making this post possible. As an aside, some of the nicest publicists I've had the pleasure of working with have been with record labels, and WBR in particular.