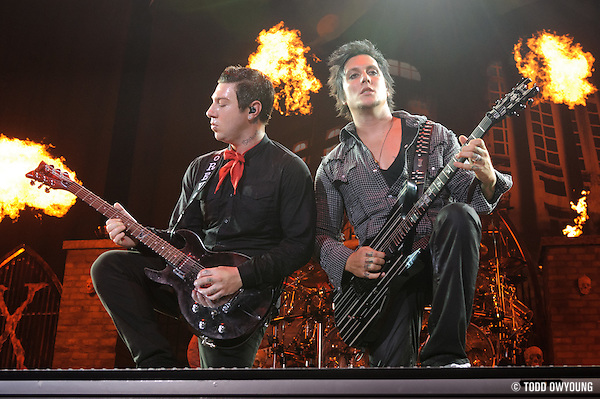 What's the only thing better than two guitarists mirrored in hard rock perfection, shredding for their lives? Probably when you have pyrotechnics blowing up behind them that make it look like there are flames shooting out of their guitars. 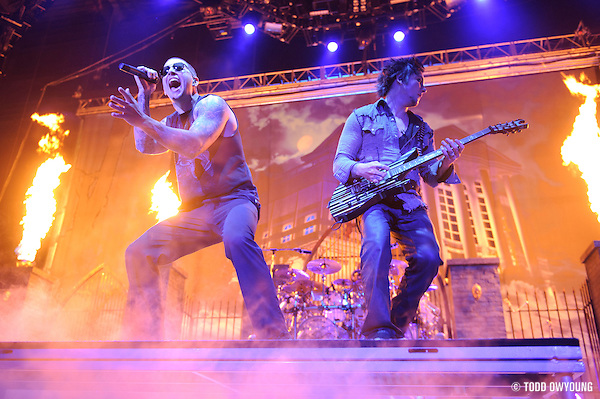 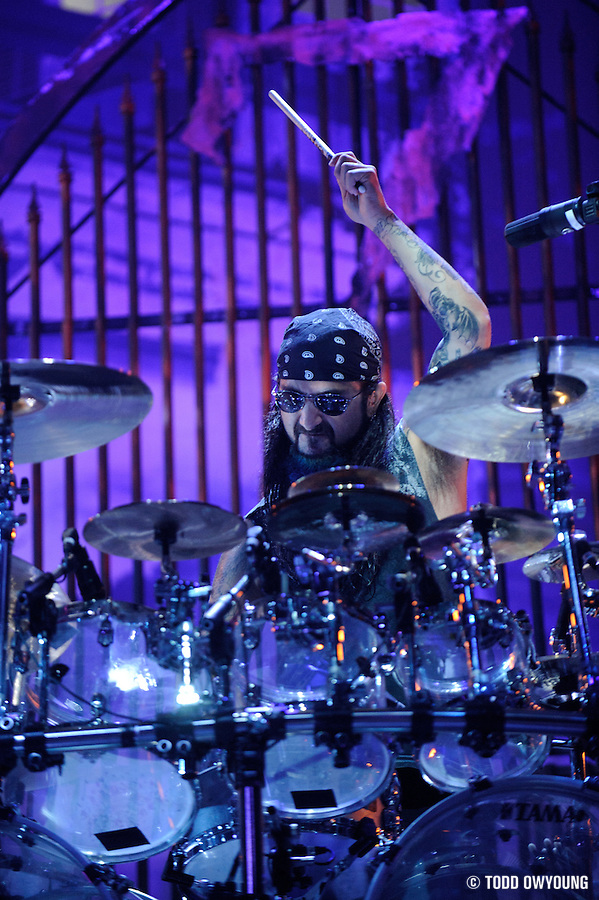 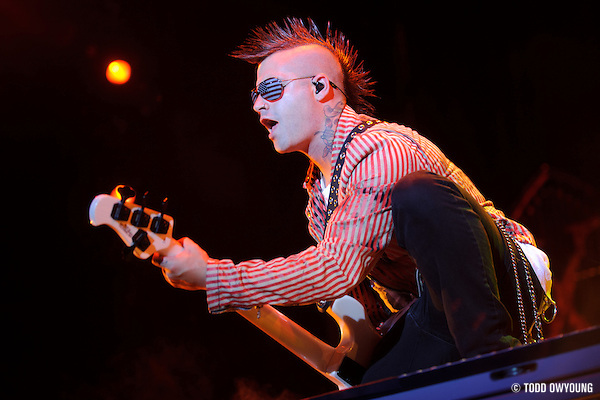 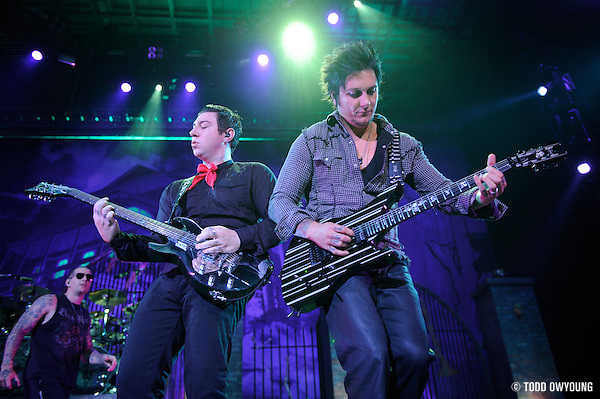 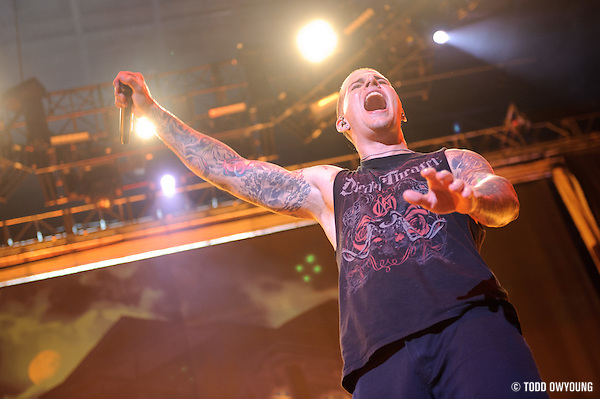 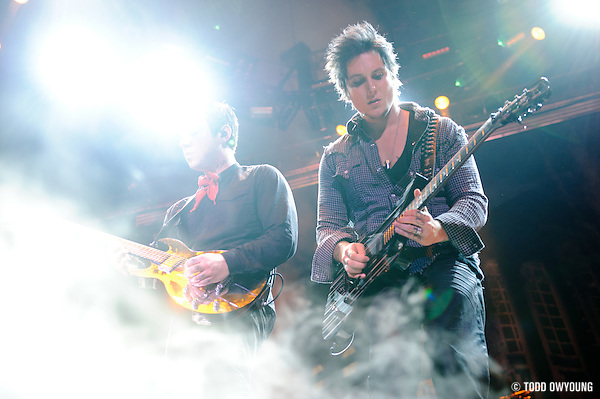 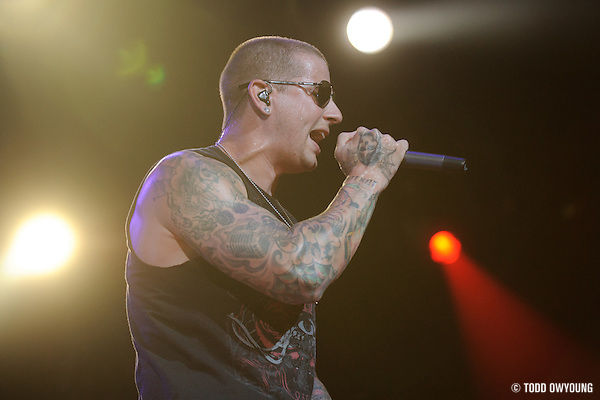 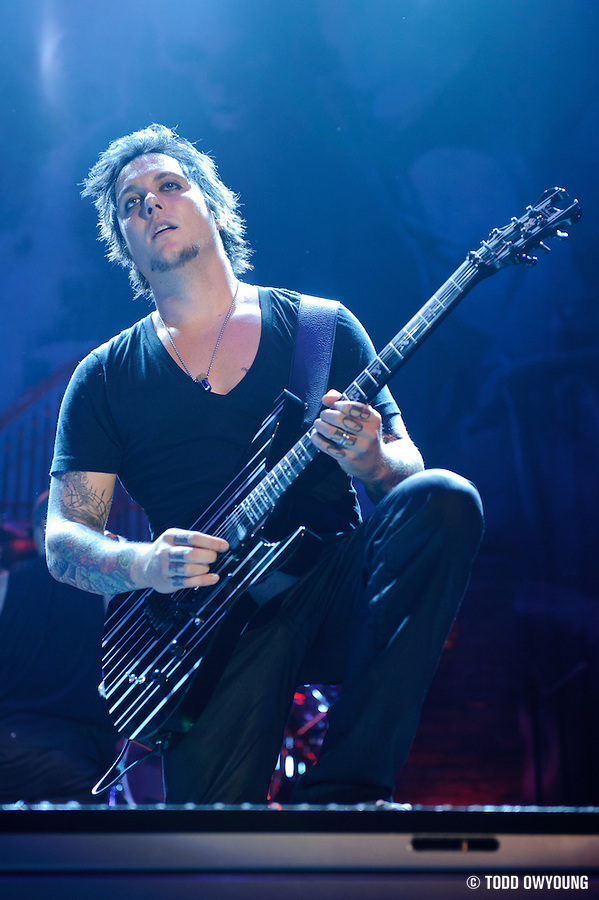 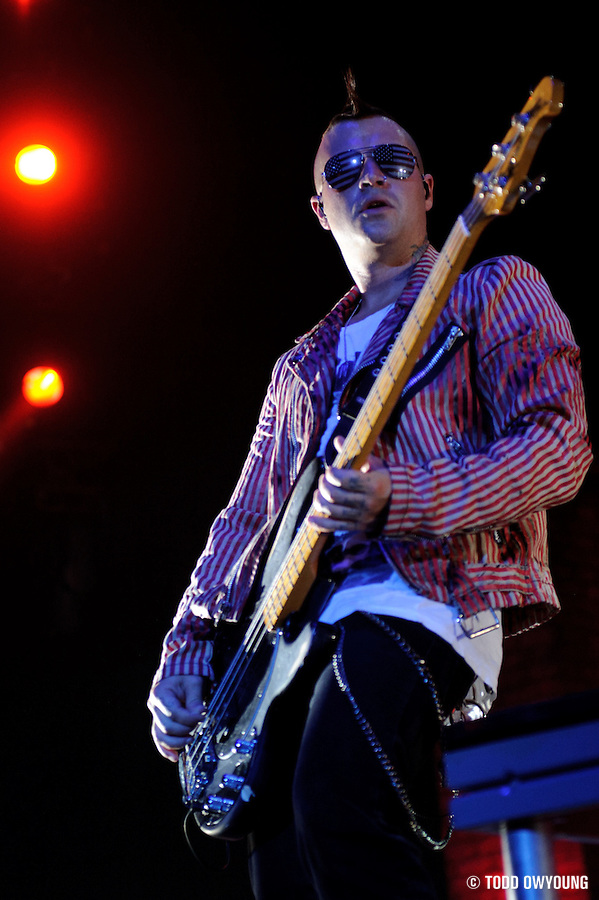 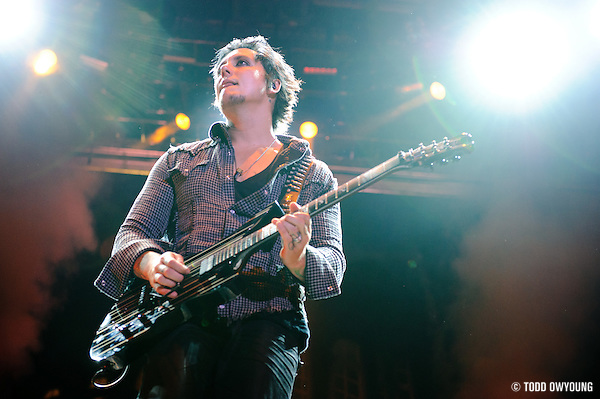 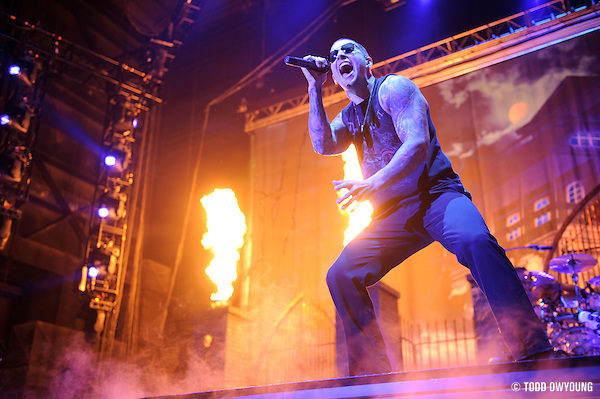 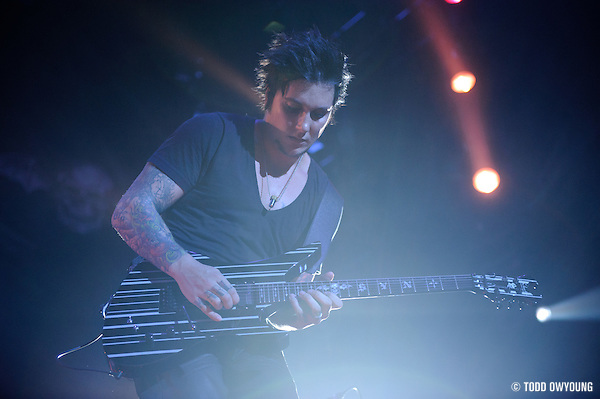 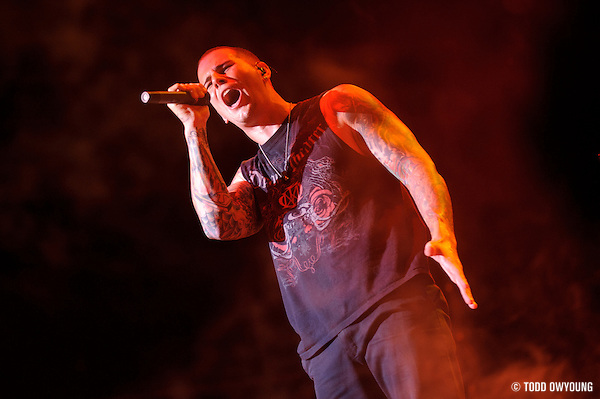 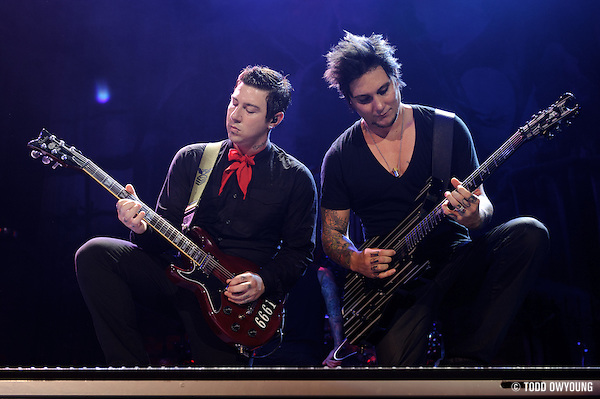 Even with very challenging and what I'd consider rough lighting, this show was a blast to photograph. But this was no surprise – having photographed Avenged Sevenfold twice before, I was fully expecting a great show. Needless to say, Avenged Sevenfold did not disappoint.

Any show with pyro is a good show, and A7X used a fair amount during their first song. Even with weird blue washes and strange tints on the lights like green and magenta, the band's energy won out.

As always, one thing to watch out for when photographing Avenged Sevenfold is the symmetrical double-axe attack of Zacky Vengeance and Synyster Gates. It seems like the guitarists went up on the risers at least once per song to rock out together, which made for great images.

For this shoot, the Nikon 24-70mm f/2.8 was a great main lens. Due to the use of ego risers, a big stack of bass speakers in the photo pit and the height of the stage, the band was fairly set back, making the Nikon 14-24mm f/2.8 I brought pretty unnecessary.

For those fans interested in Zacky's new neck tattoo that reads “Forever,” here's a crop that shows it pretty well: Want to see how far these guys have come in the last three years? Check out their set from the Pageant in 2007 here: 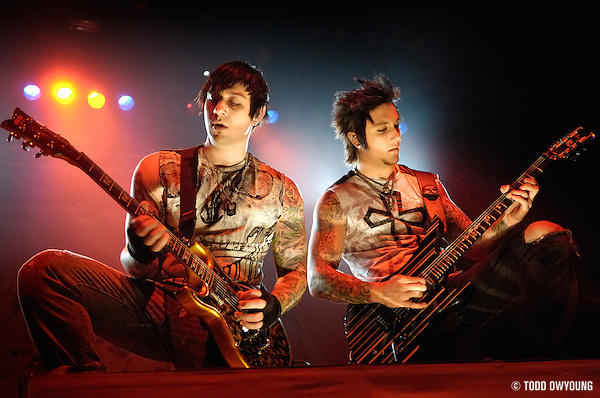 Share this slideshow by grabbing the embed code in the lower right of the player.